Wood-Ridge was incorporated as a borough by an act of the New Jersey Legislature on December 6, 1894, from portions of Bergen Township, based on the results of a referendum held the previous day.The borough was formed during the "Boroughitis" phenomenon then sweeping through Bergen County, in which 26 boroughs were formed in the county in 1894 alone. 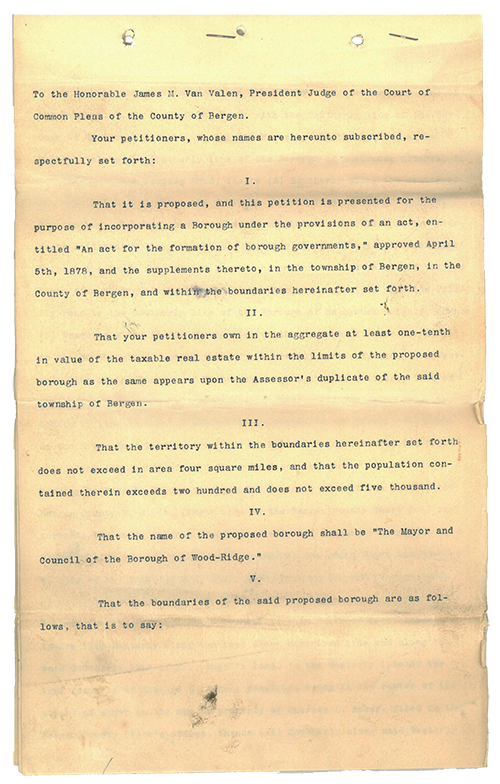 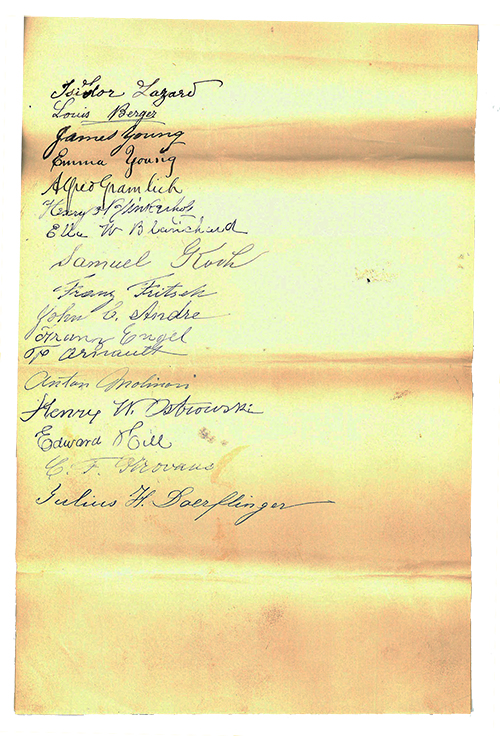 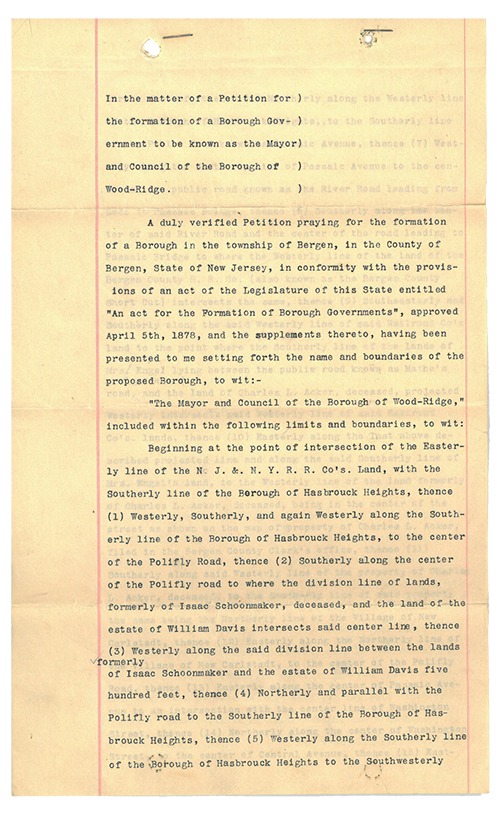 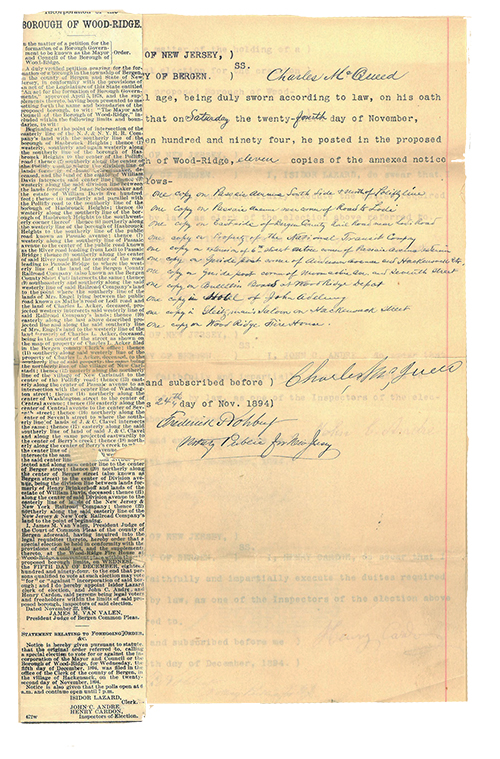 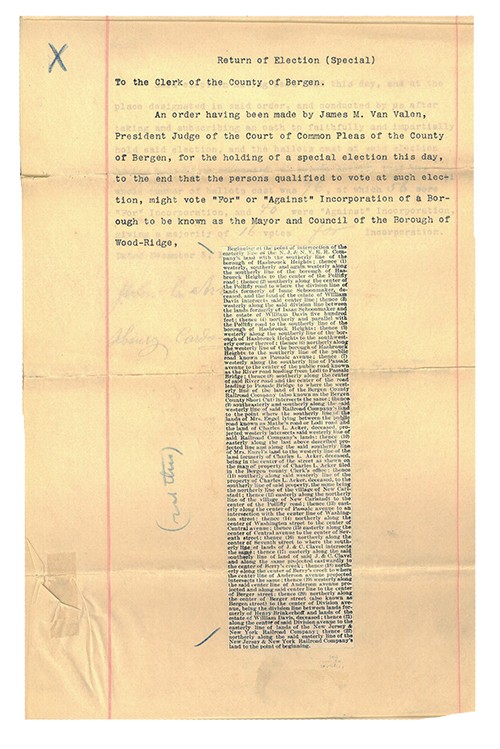 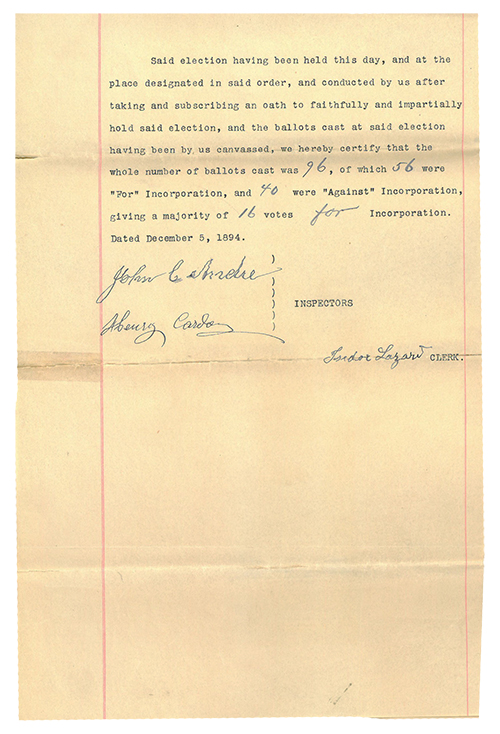 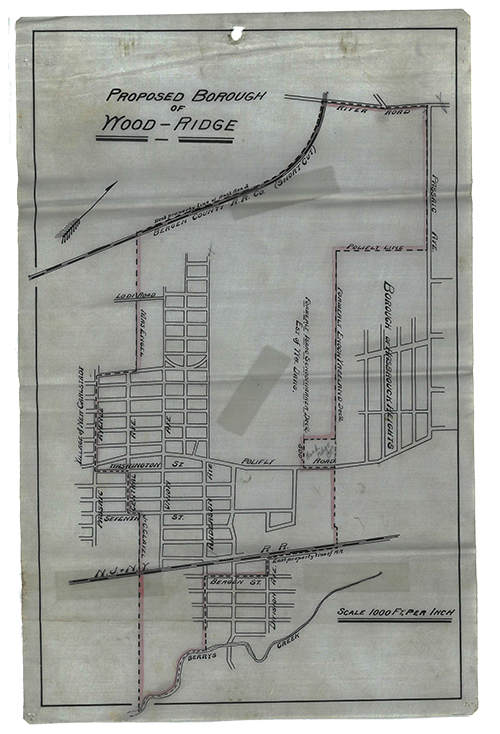 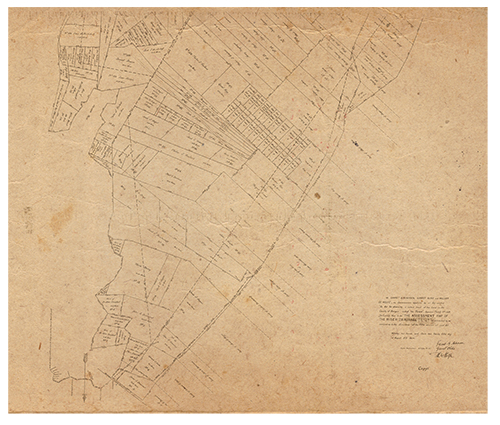 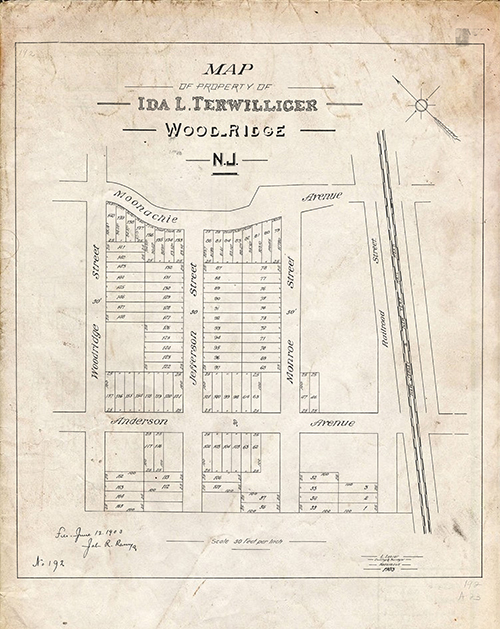 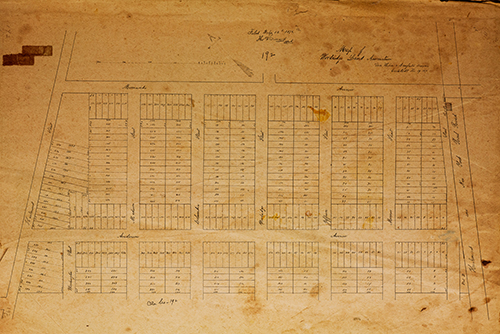 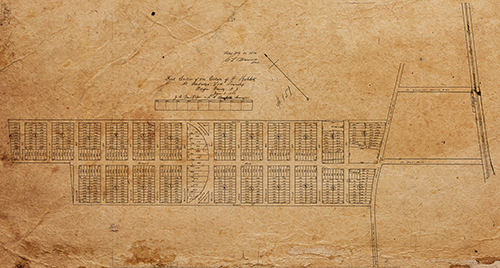 According to the map of Wood-Ridge in the Walker Atlas and Gazetter, in 1876 there were a dozen or more homes in the area now known as Wood-Ridge, however there was no local fire department.  Fire protection was provided by the Village of Carlstadt from the firehouse located on Friedrich Strasse (now Third St.), next to the school house.  Around 1890, with the number of houses increasing, it became necessary to form the Hook & Ladder Company No. 2 of the Carlstadt Fire Department.  This company was located on Humboldt St. and provided fire protection to the developing area.

On December 5, 1894, the Borough of Wood-Ridge was incorporated and the Mayor and Council organized on January 1, 1895.

One of the inheritances of the newly formed borough was the Carlstadt Fire Department Hook & Ladder Co. No. 2.  This company provided fire protection until July 19, 1897 when the Wood-Ridge Fire Department was organized.  It cost the borough fifty dollars to take over the building on Humboldt St. and the 1895 hook and ladder with it's long string of buckets hanging underneath. 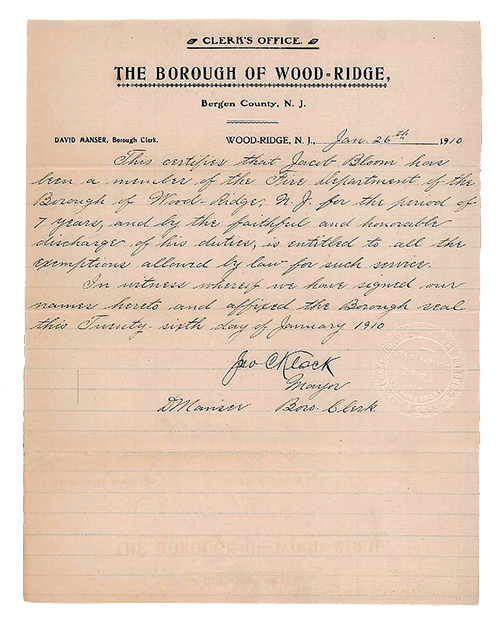 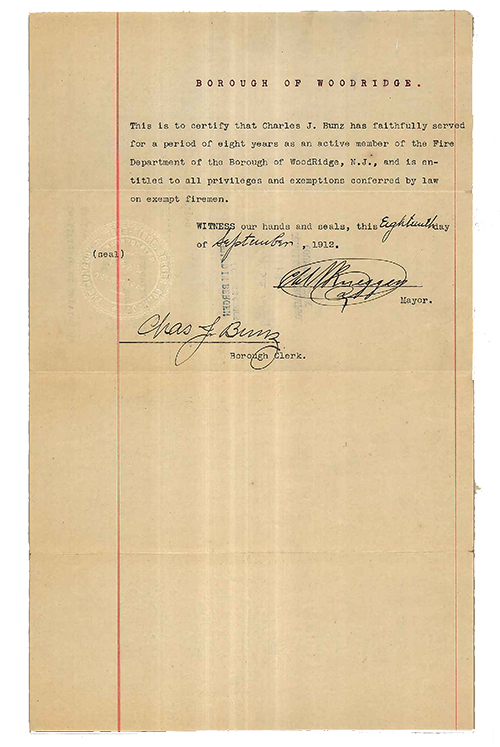 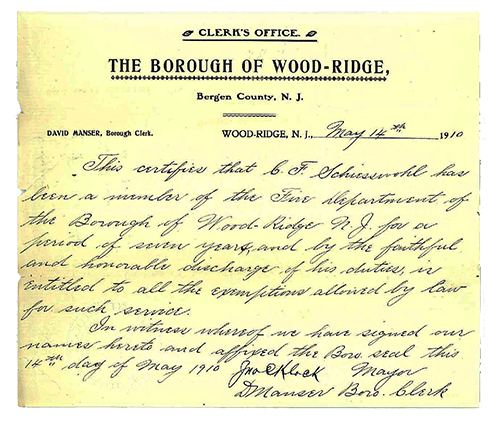 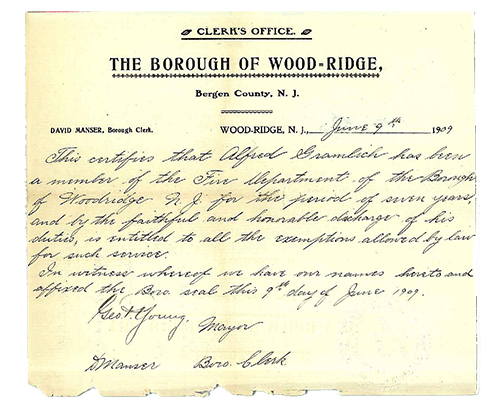 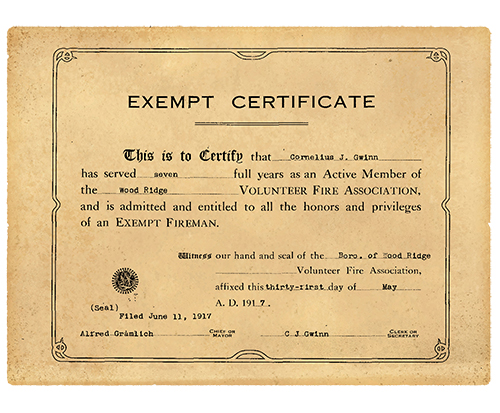 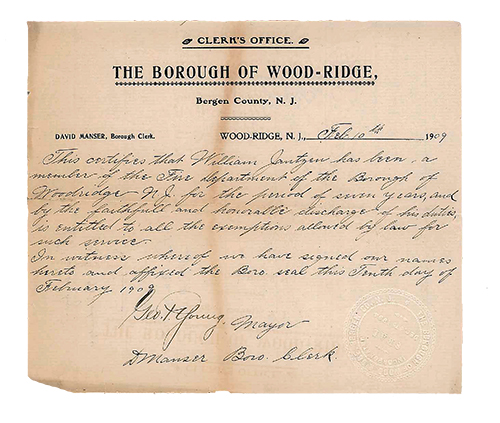 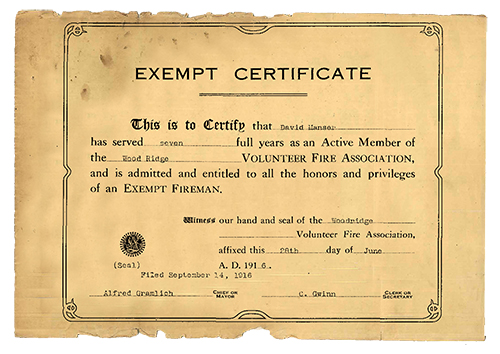 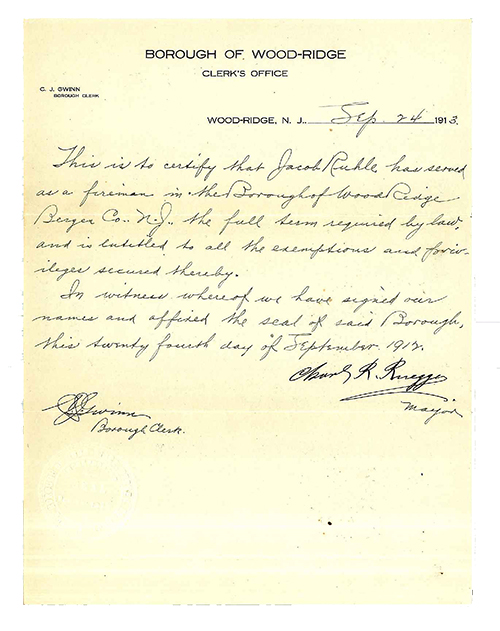