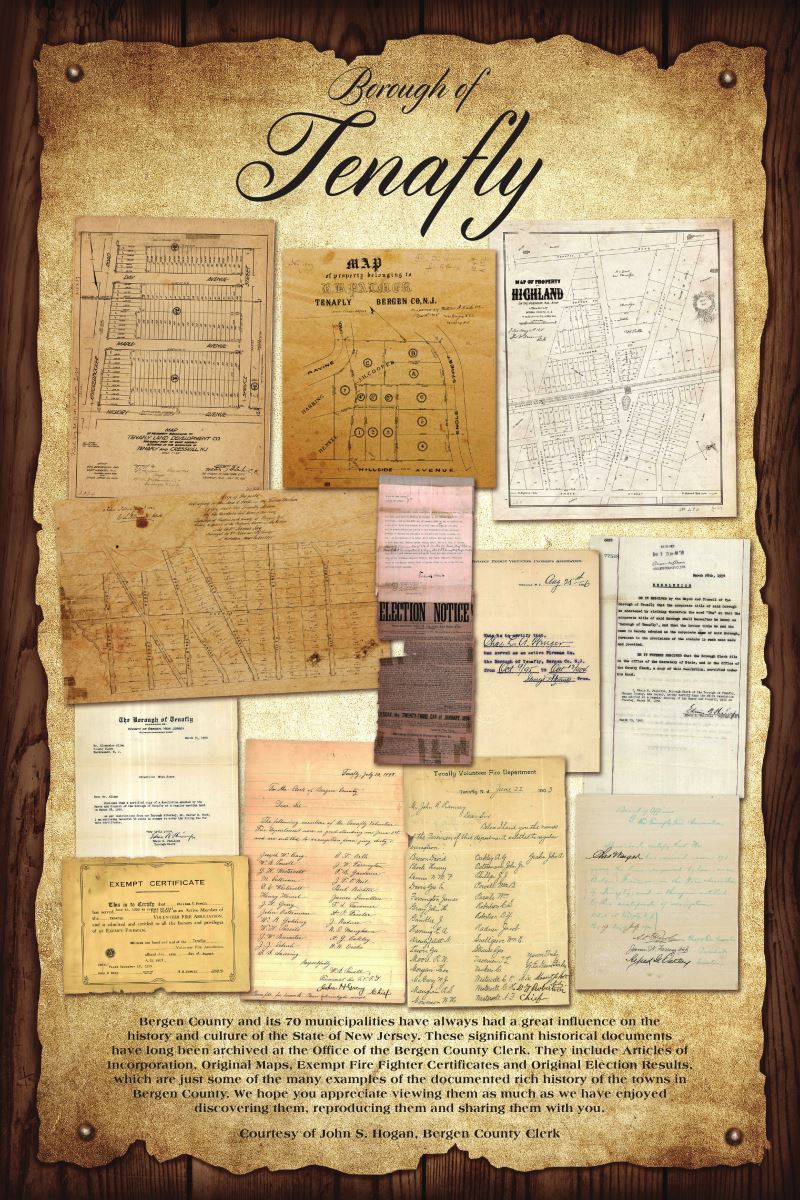 Tenafly was incorporated as a borough on January 24, 1894, by an act of the New Jersey Legislature from portions of the now-defunct Palisades Township, based on the results of a referendum held the previous day. The borough was the first formed during the "Boroughitis" phenomenon then sweeping through Bergen County, in which 26 boroughs were formed in the county in 1894 alone. Portions of Palisades Township were acquired based on legislation approved on April 8, 1897. 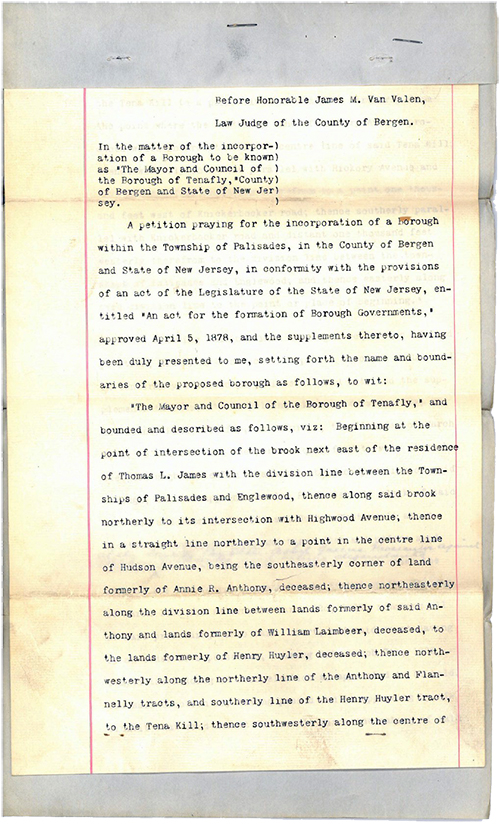 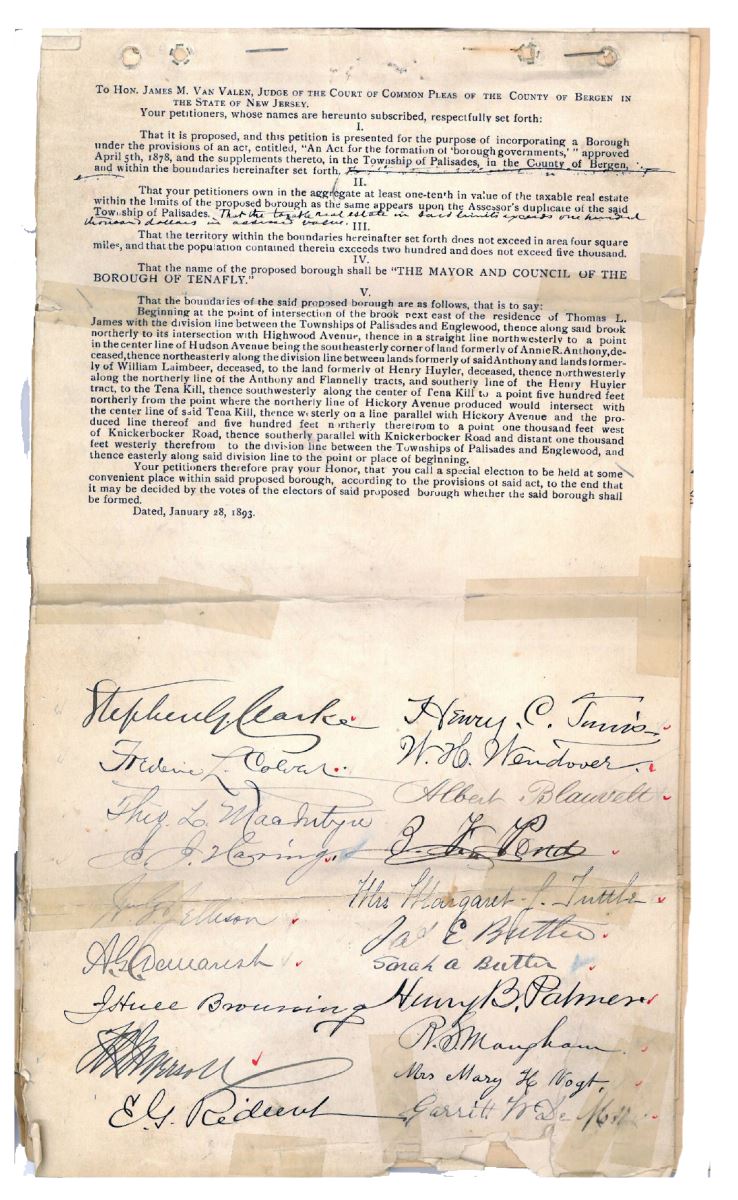 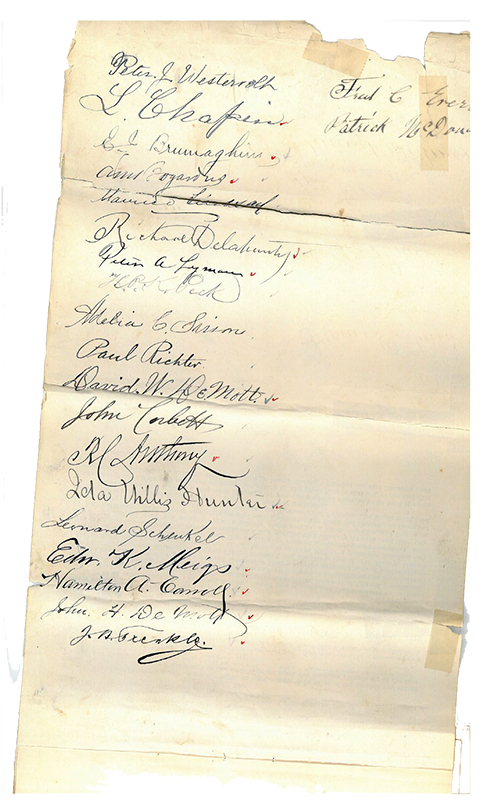 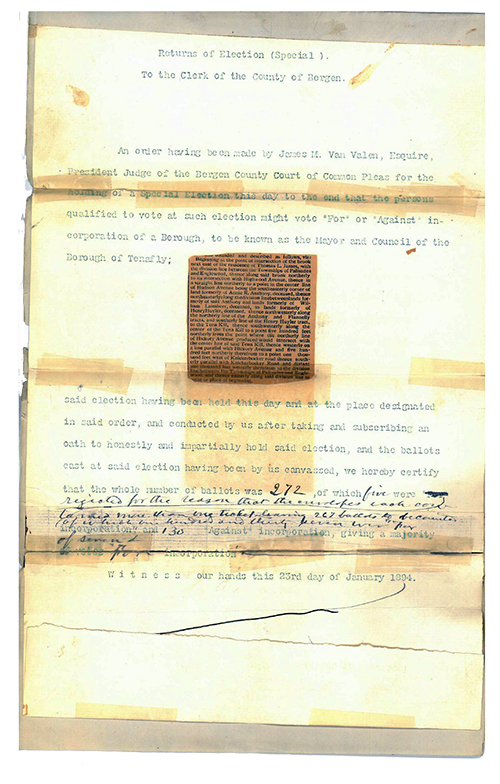 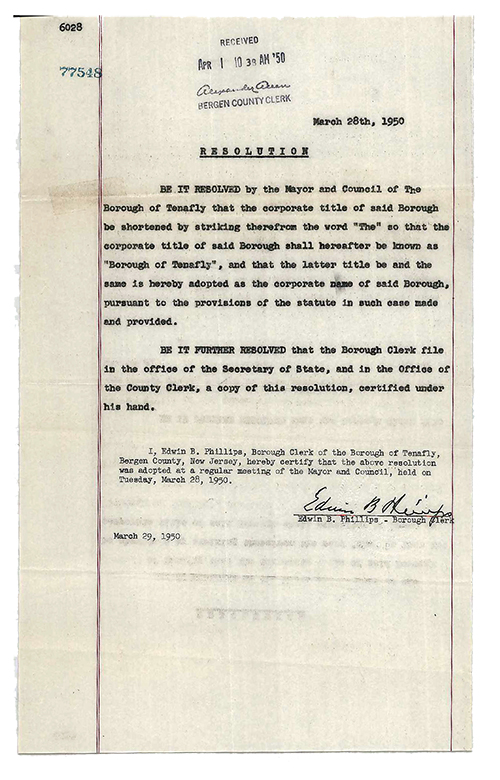 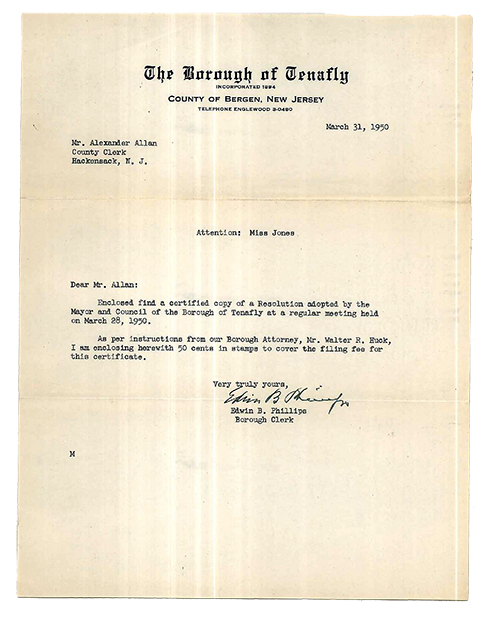 Outline Map of the Proposed Borough of Tenafly 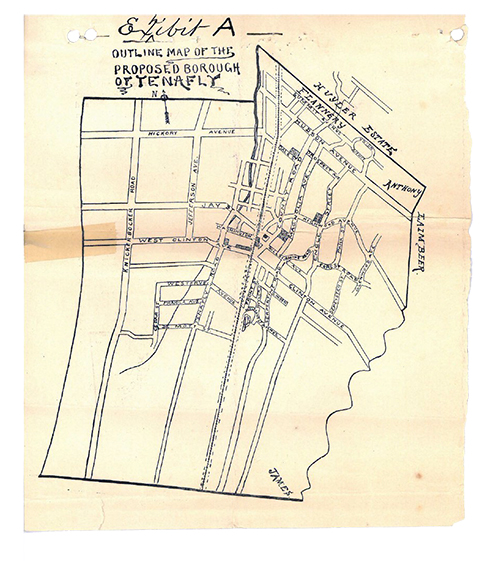 Map of Property belonging to Mrs. Jane L Smith and Ms Helena Mahan lying near the Tenafly Station on the Northern Railroad of New Jersey. 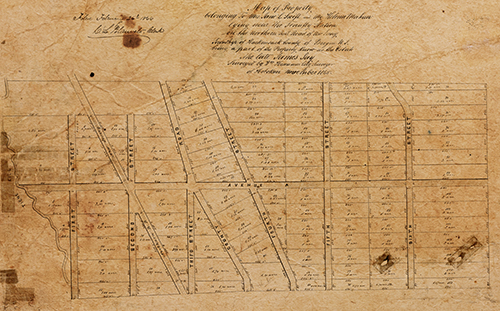 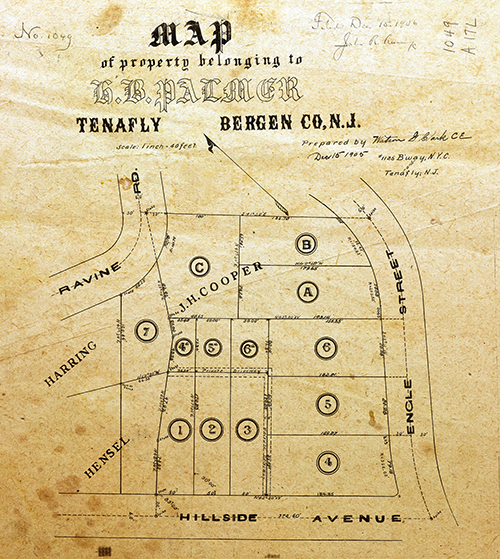 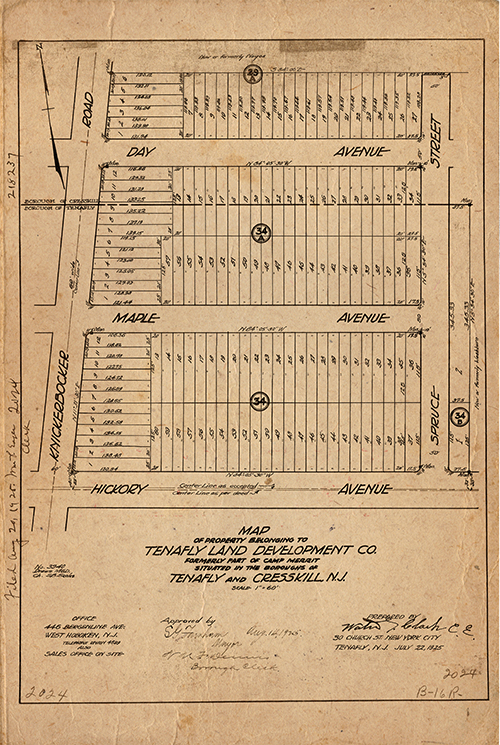 Map of Property at Highland on the Northern Railroad. Filed May 31, 1878 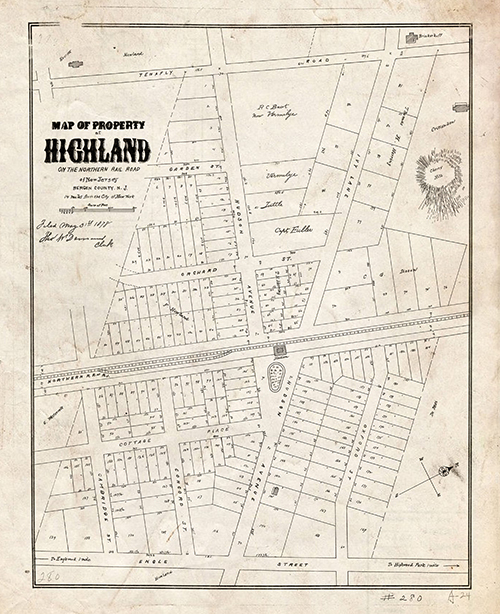 "A meeting was called on July 7, 1891, for the purpose of organizing a fire company for the village of Tenafly and that the organization would be known as the "Tenafly Volunteer Fire Department' ".   The above quotation was taken directly from he original minute books still in the possession of the Department.

Within two months seven hundred dollars was raised by subscriptions, one hundred dollars of which was spent for the purchase of an ornate hand-drawn, four wheel hose carriage from the City of Hoboken.   In the fall of the year 1891 George Vossler, local blacksmith, built a horse drawn ladder truck and both apparatus were stored in the Atwood Building on West Railroad Avenue. 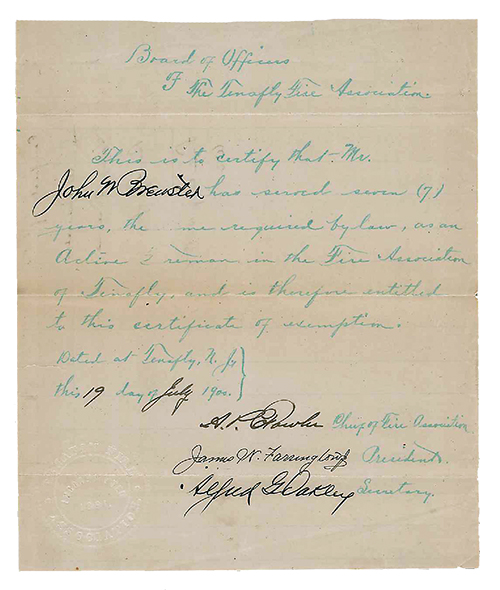 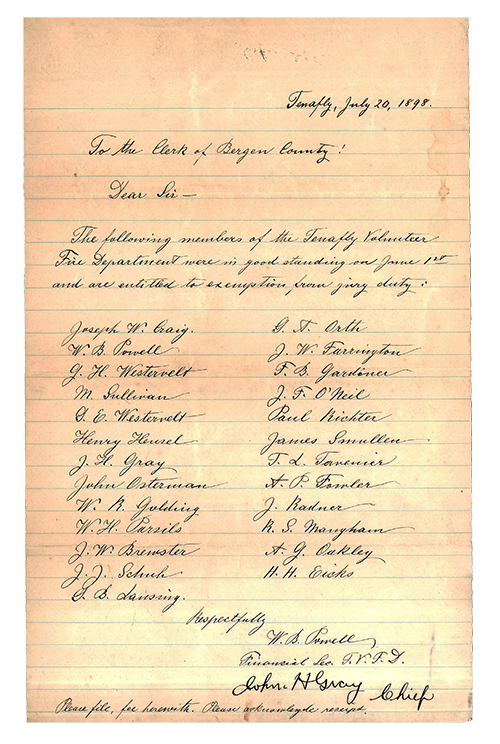 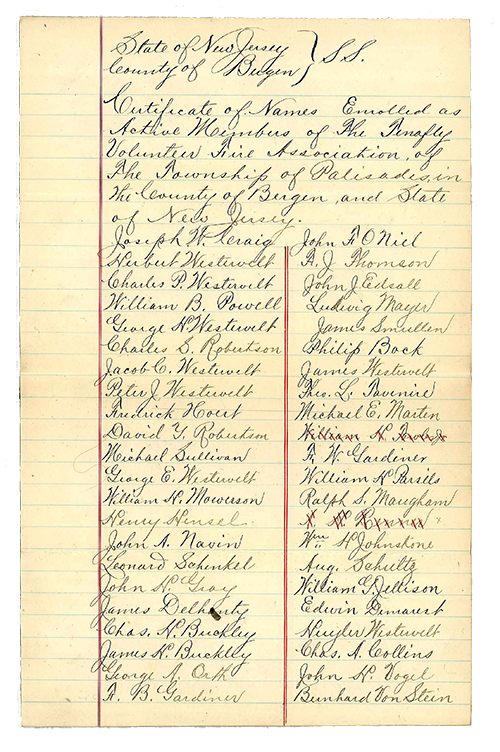 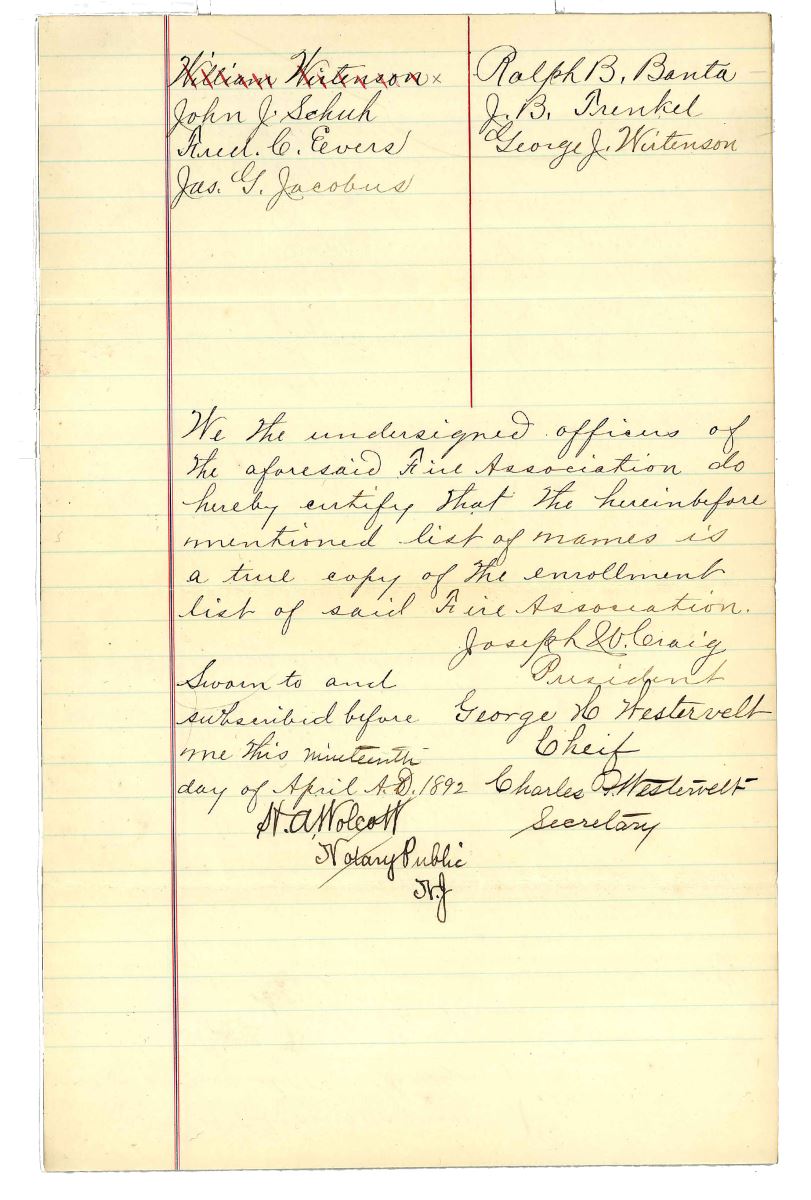 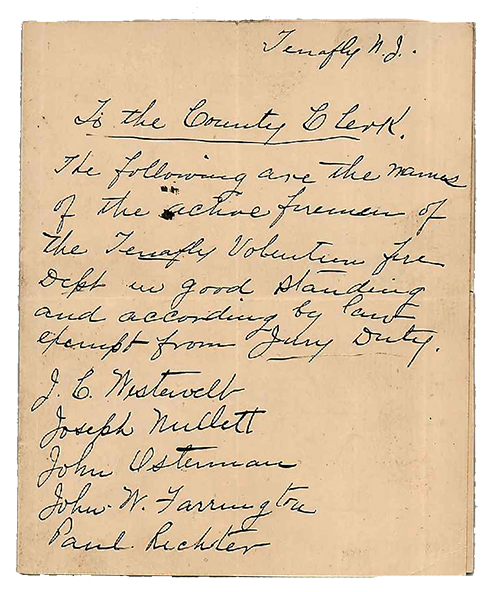 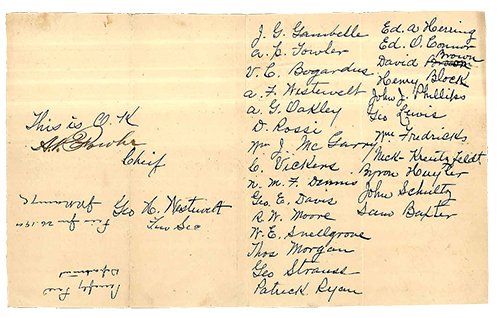