Teaneck was created on February 19, 1895 by an act of the New Jersey Legislature from portions of Englewood Township and Ridgefield Township, both of which are now defunct (despite existing municipalities with similar names), along with portions of Bogota and Leonia. Independence followed the result of a referendum held on January 14, 1895, in which voters favored incorporation by a 46–7 margin. To address the concerns of Englewood Township's leaders, the new municipality was formed as a township, rather than succumbing to the borough craze sweeping across Bergen County at the time. 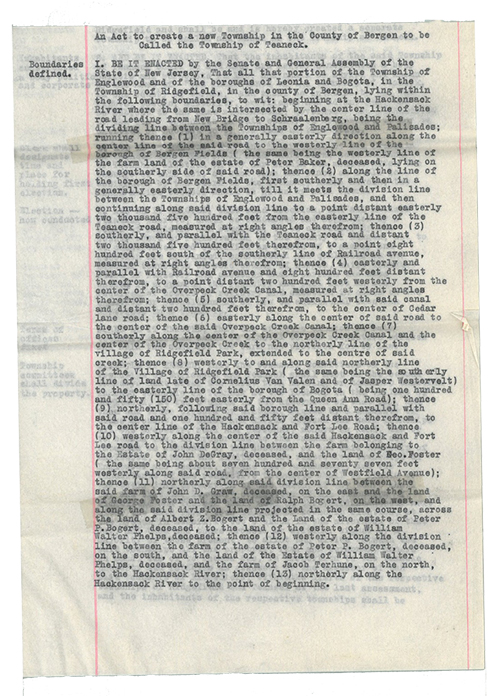 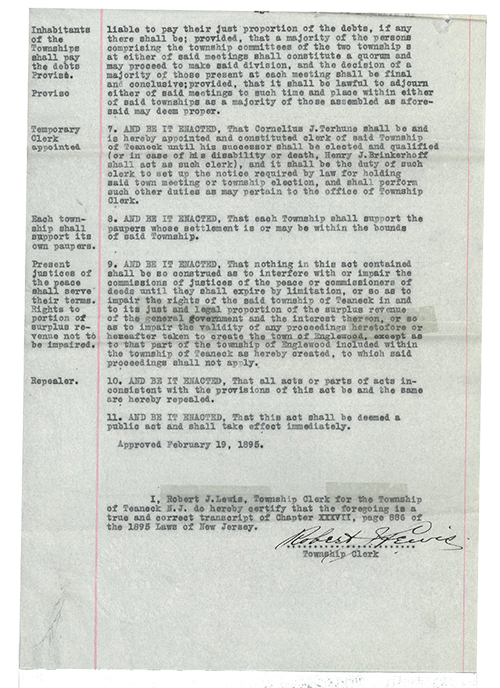 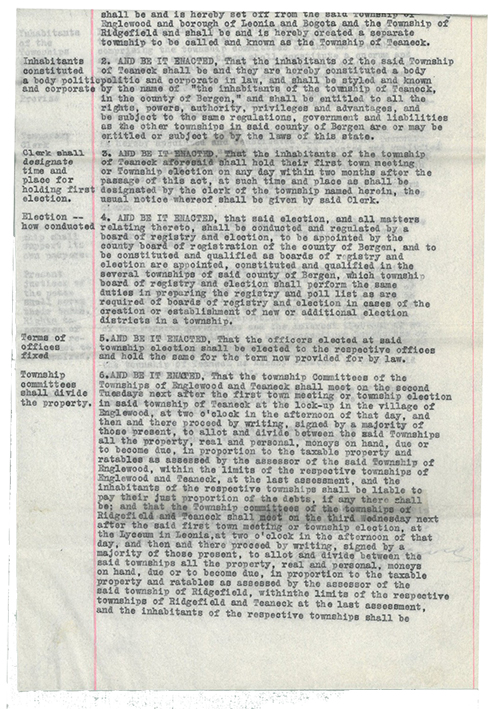 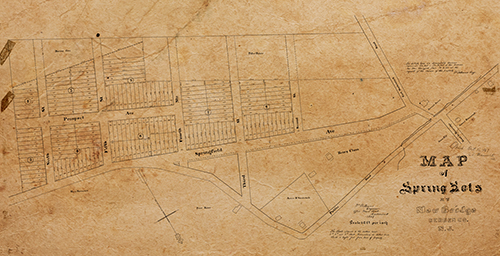 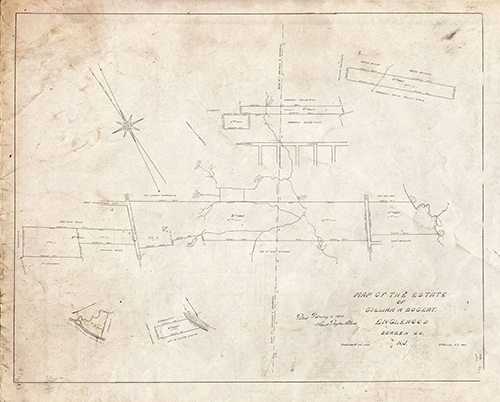 The first known organized fire protection in Teaneck was provided by the Hackensack Township Protection Society, a part-paid, part-volunteer police organization which also provided organization and equipment for citizens to use in their own rudimentary fire defense. They responded to what is now Teaneck, but with astronomical response times due to poor roads and steep hills. The Englewood Fire Department also responded to nineteenth century fires in Teaneck, with similar response time problems.

The first organized fire company in Teaneck was Defender Hook and Ladder Co. quartered at about 722 New Bridge Road, providing first due fire protection in New Bridge, lower New Milford and the Cherry Hill section of River Edge. This company was formed on August 12, 1895. This company did not join the other four Teaneck Fire companies when the career municipal fire department was organized in 1915. Instead, it helped supply the nucleus for New Milford Fire Company 2, although it continued to respond in Teaneck until 1933. 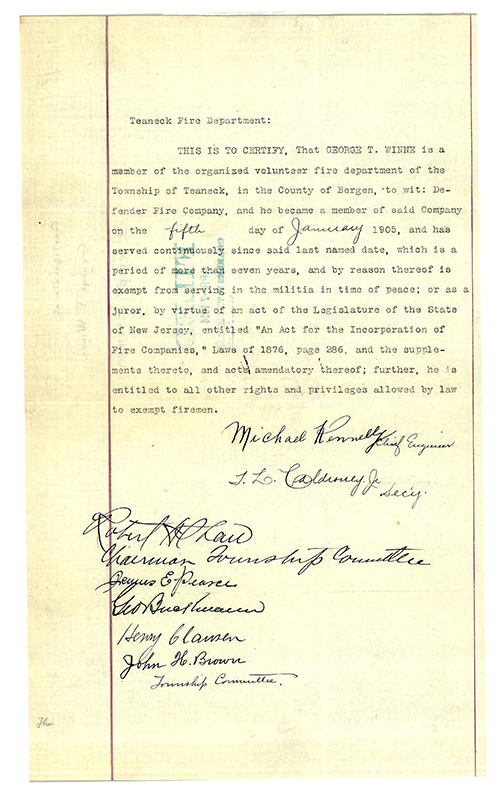 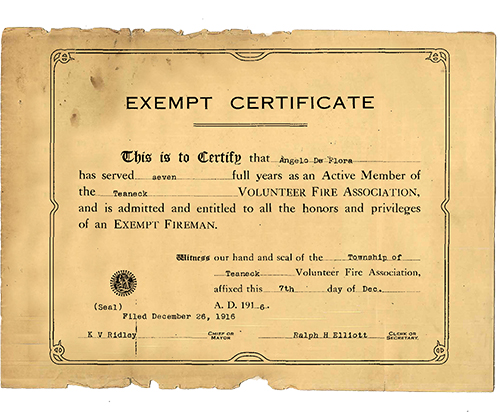 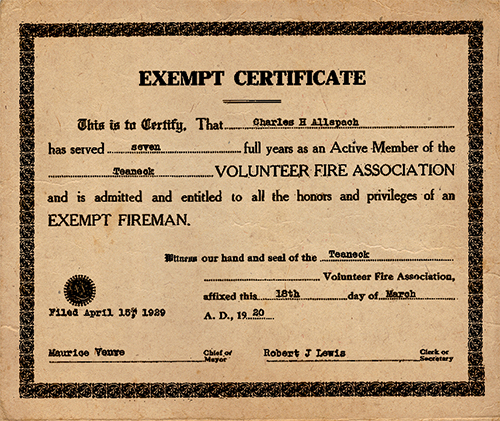 Return of Elections for Justices of the Peace March 12, 1895. 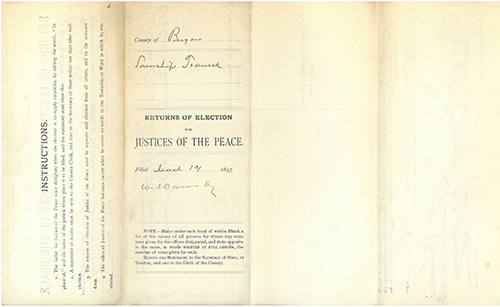 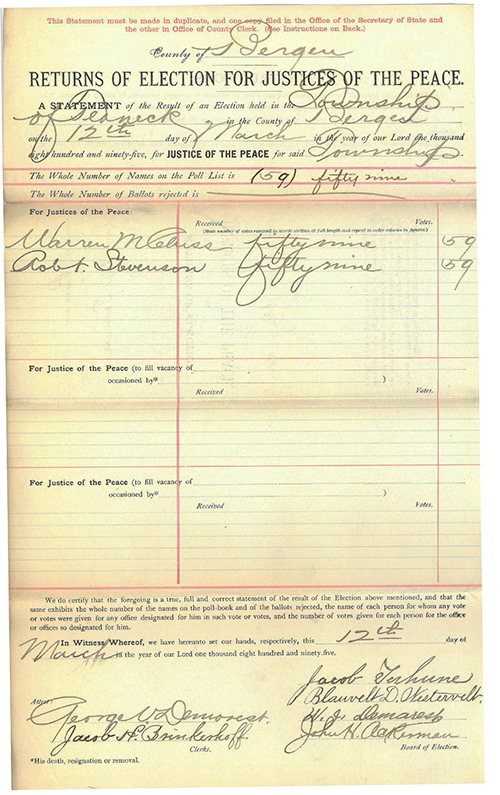 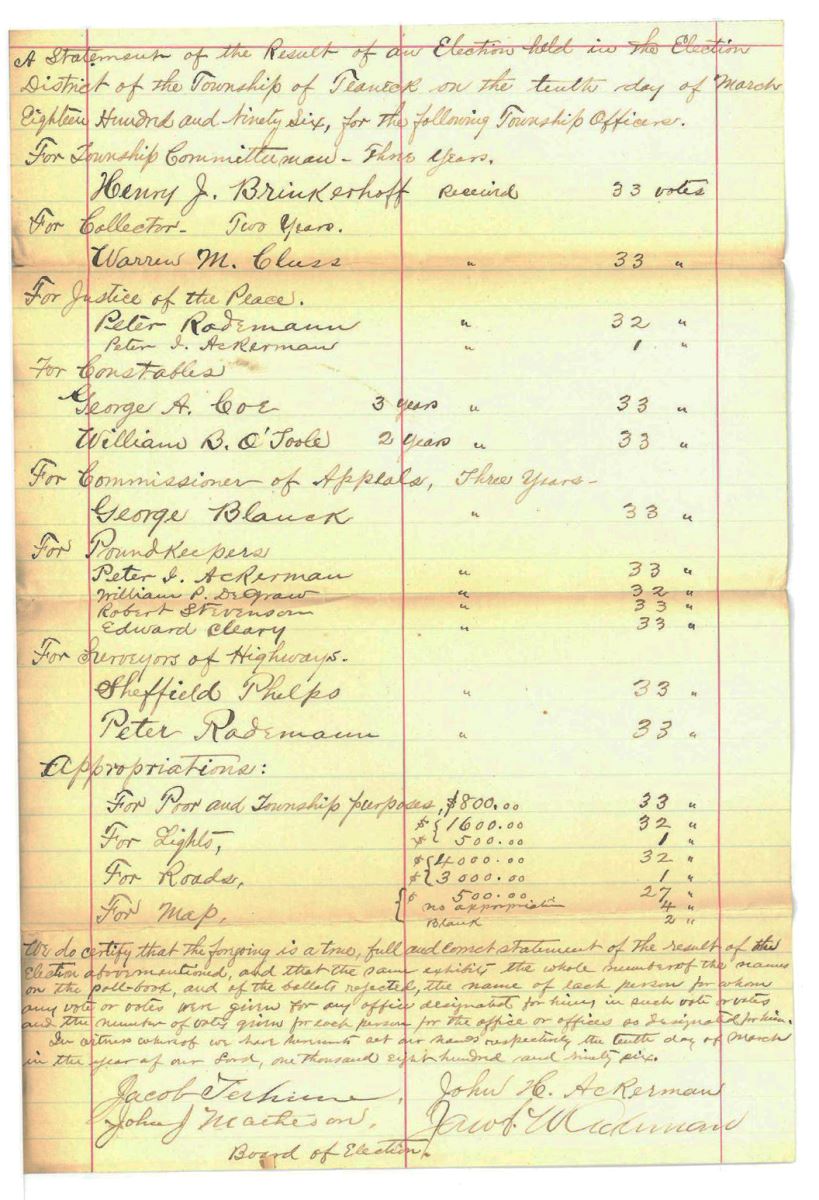