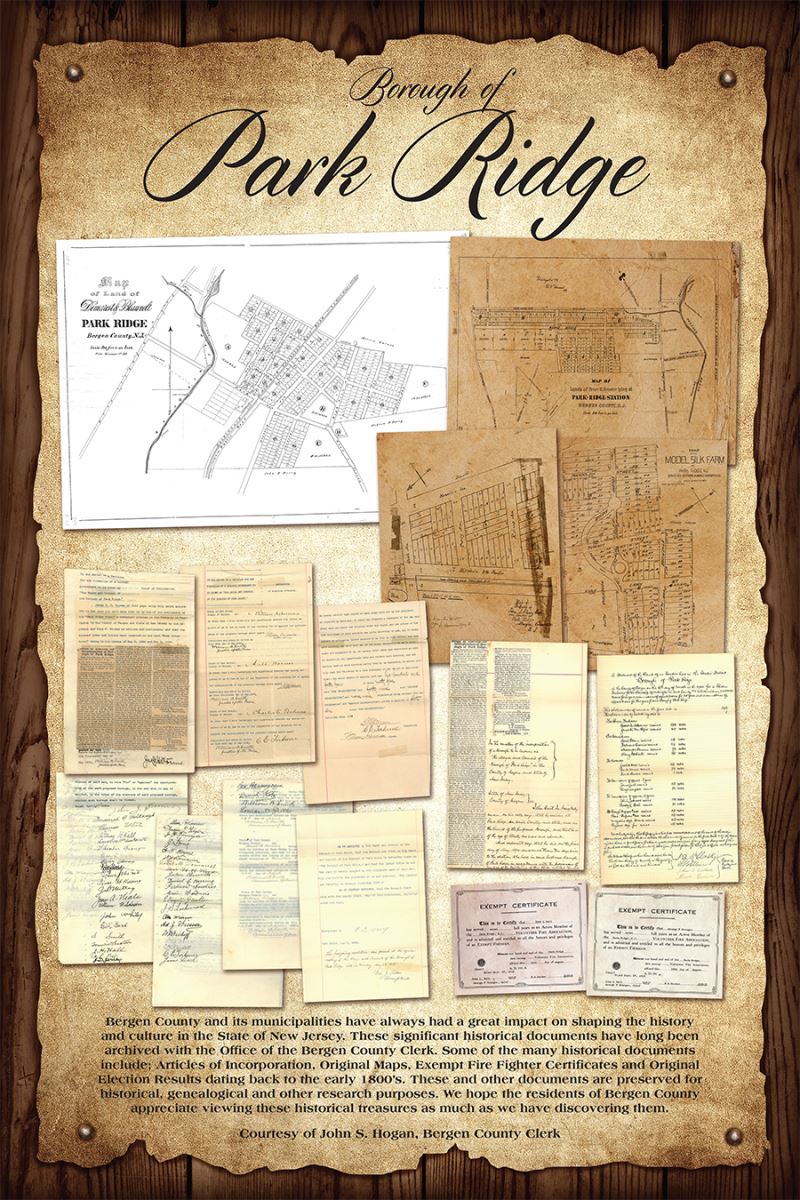 Park Ridge was created as a borough by an act of the New Jersey Legislature on May 15, 1894, from portions of Washington Township, based on the results of a referendum held the previous day. The borough was formed during the "Boroughitis" phenomenon then sweeping through Bergen County, in which 26 boroughs were formed in the county in 1894 alone. Park Ridge obtained a portion of River Vale (July 15, 1929), exchanged portions with Woodcliff Lake (December 12, 1955), received part of Washington Township (November 26, 1956), exchanged portions with Hillsdale (February 10, 1958) and Woodcliff Lake (June 9, 1958) and received another part of Washington Township (August 11, 1958). The borough's name derives from its location. 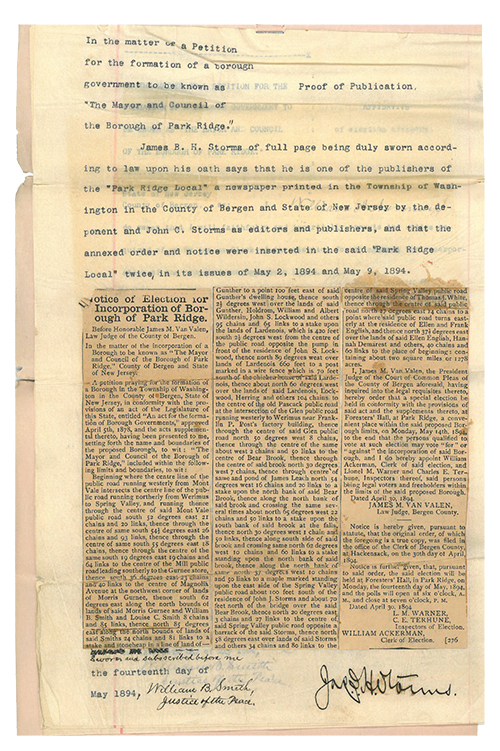 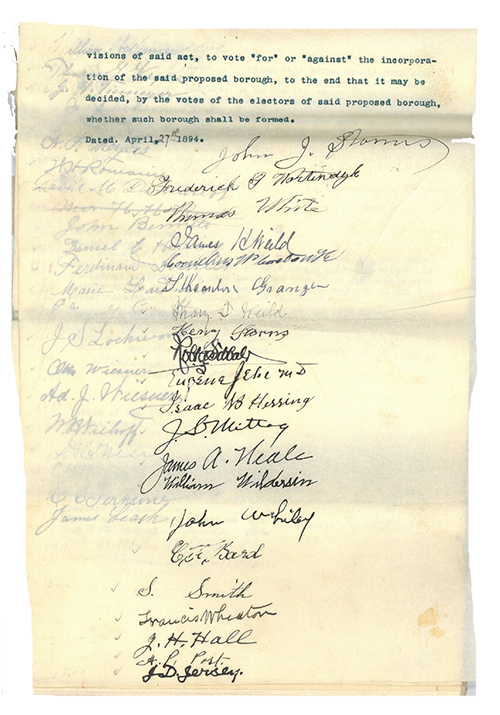 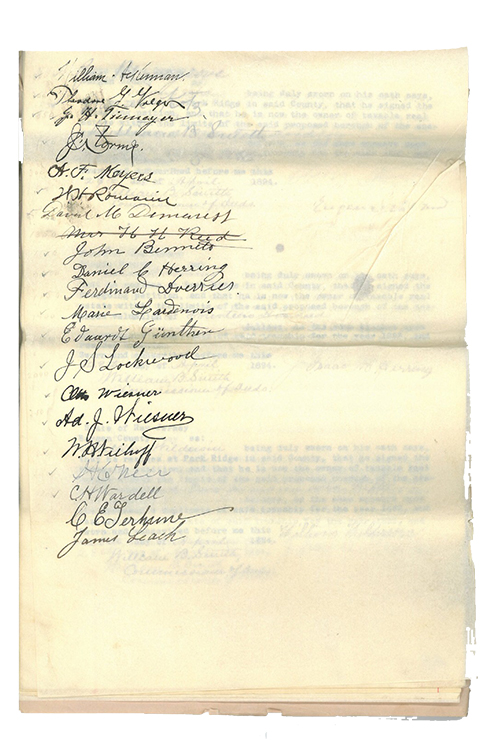 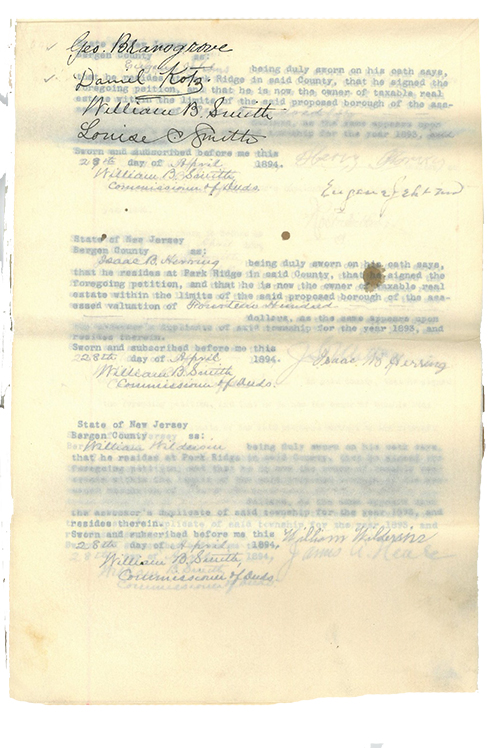 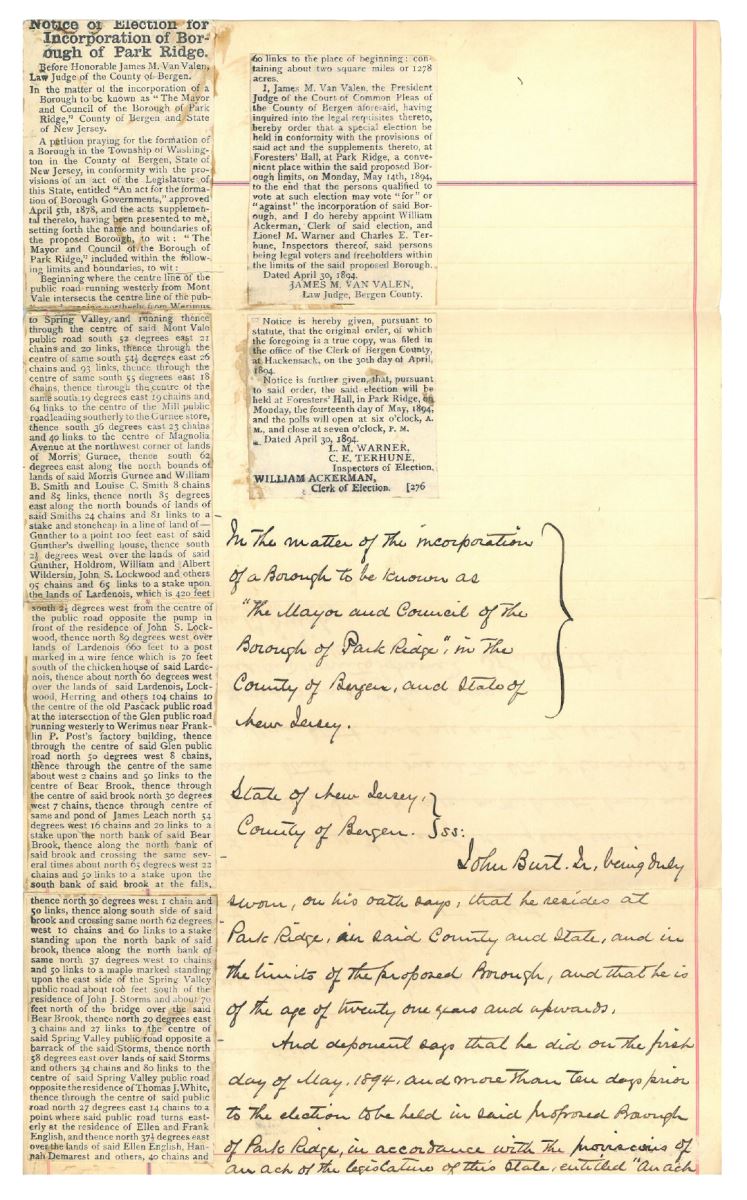 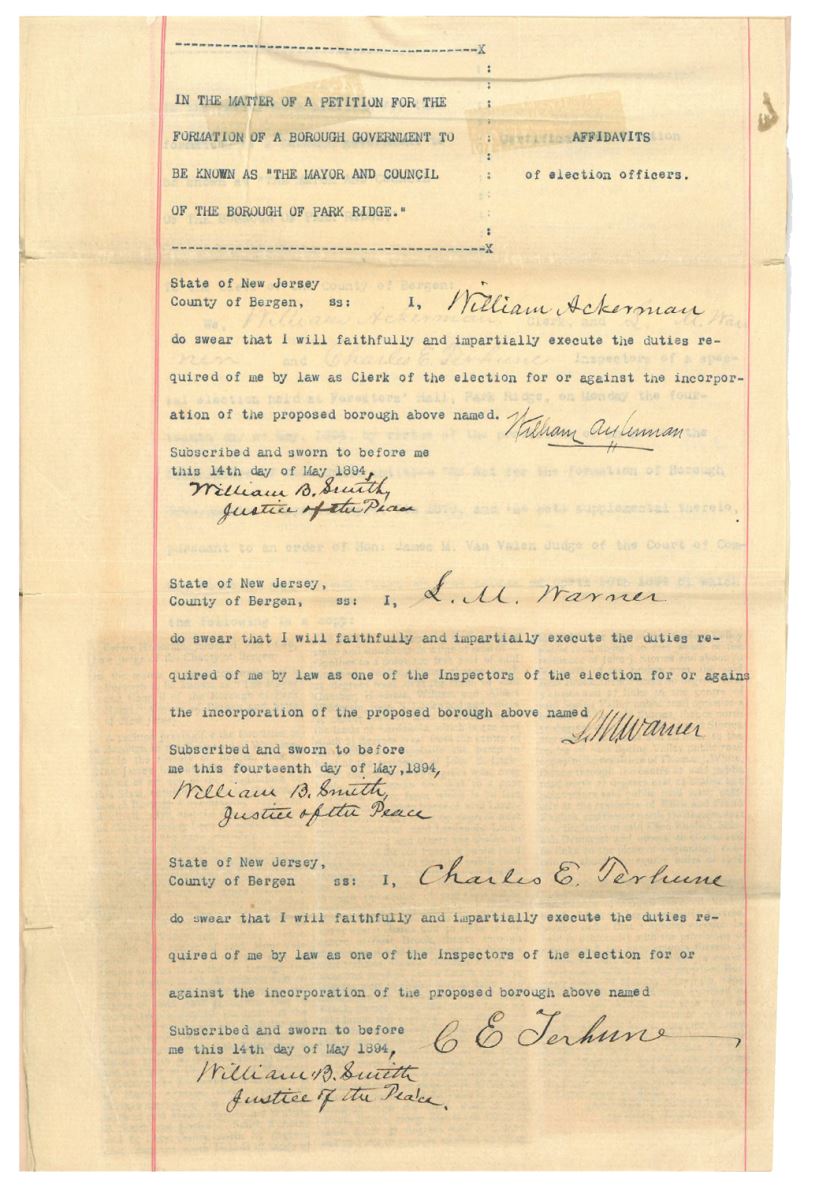 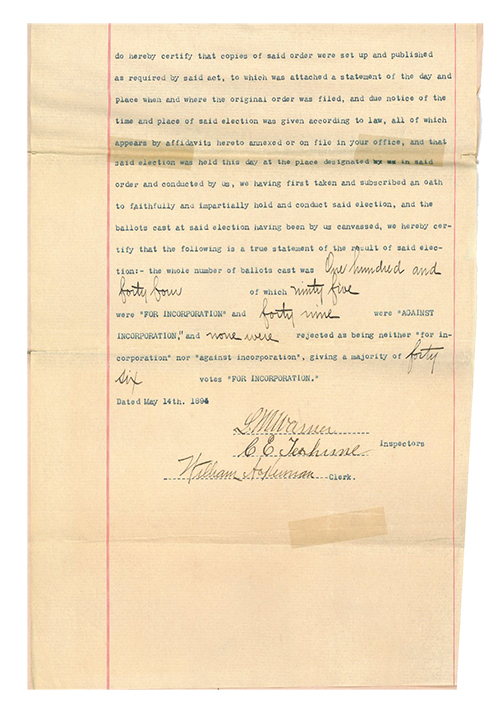 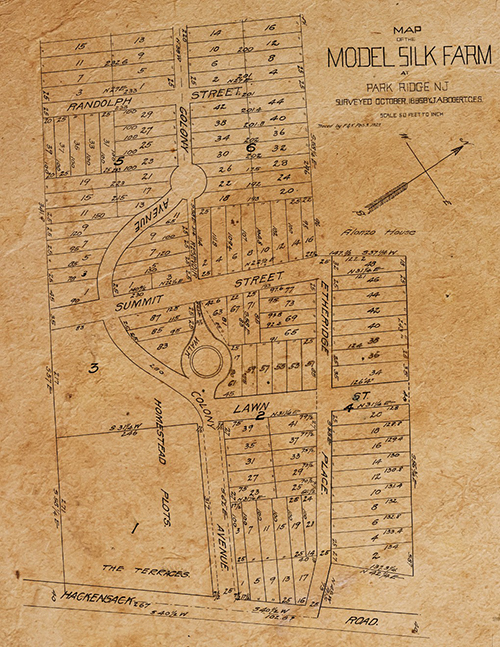 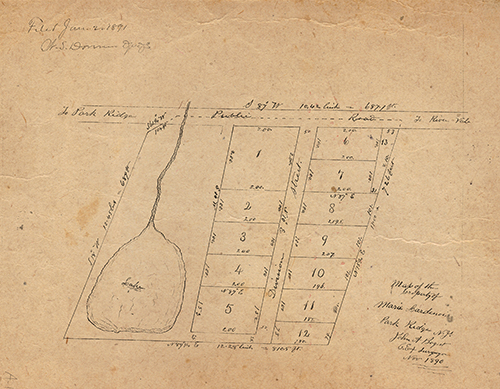 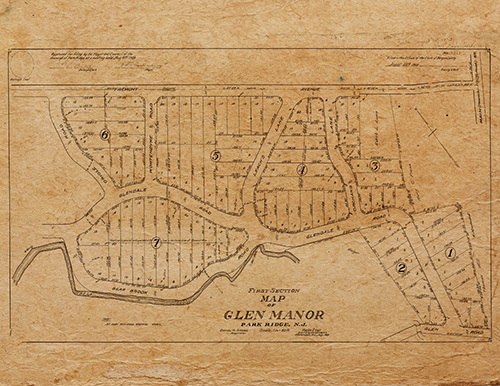 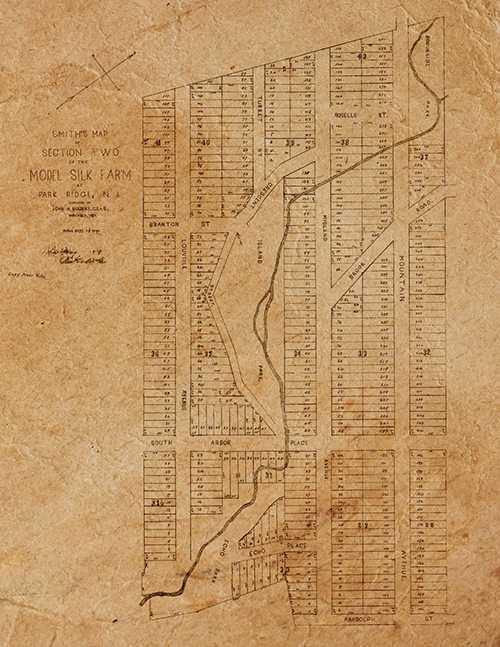 In 1898, after a disastrous fire at the Mittag and Volger plant, a few leaders of the community recognized the need for fire protection . A call was put out, and a mass meeting was held at Forester's Hall on Magnolia Avenue (Kinderkamack Road) on January 18,1898. As a result of this meeting, thirty-nine men formed the Park Ridge Volunteer Fire Department. The original Charter was signed on February 4, 1898. The men did some fund raising, and soon had enough money to order a Chemical pumper from a company in Michigan. 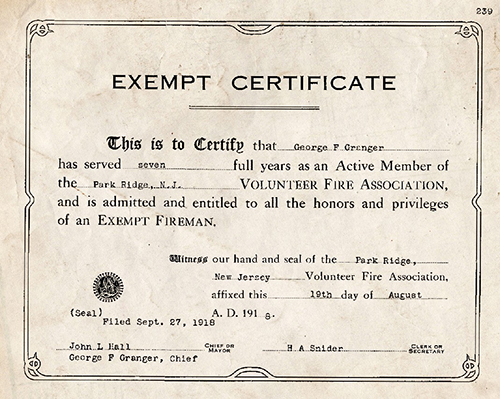 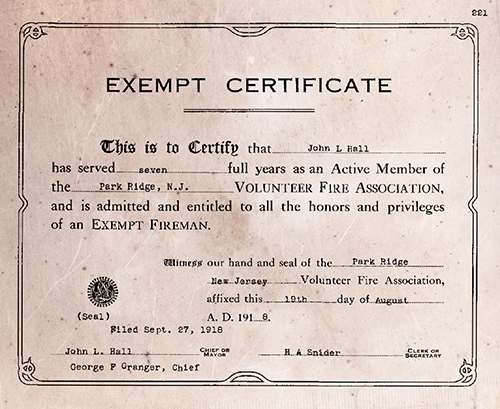 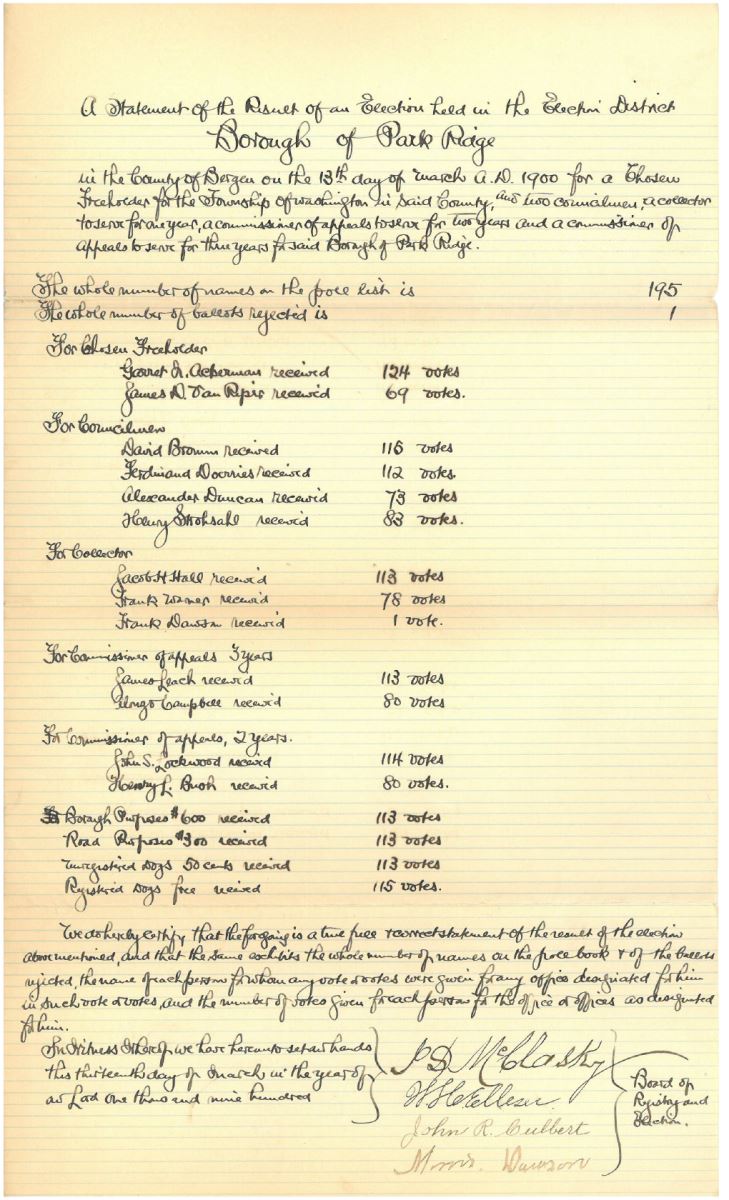 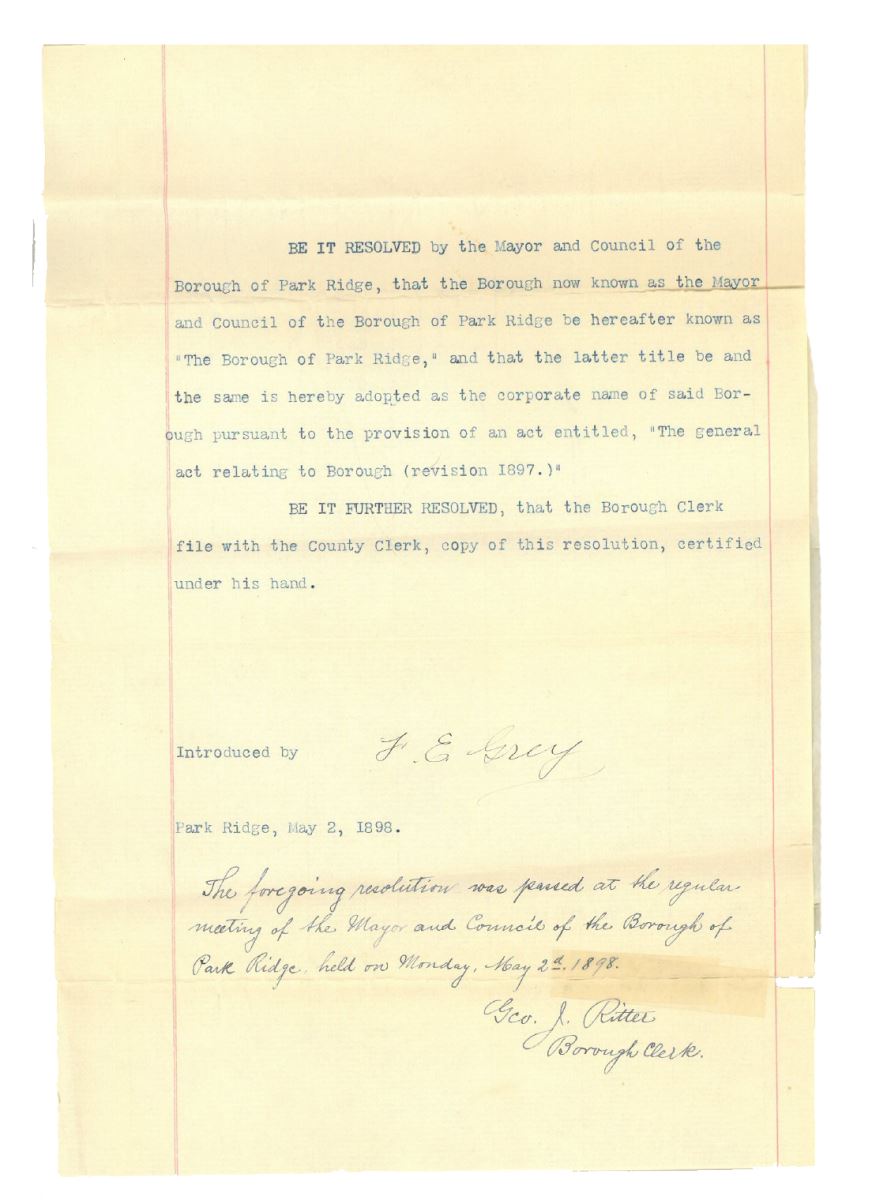