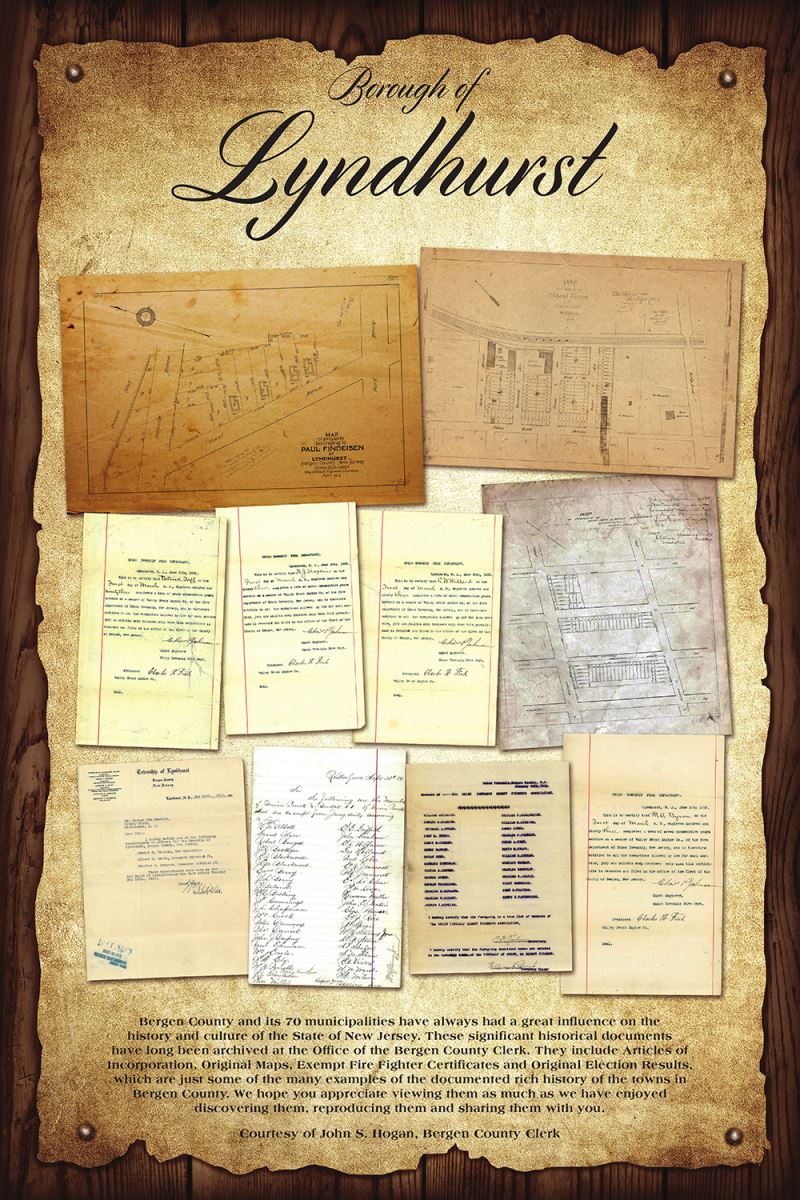 Lyndhurst was originally formed as Union Township on February 19, 1852, from portions of Harrison Township. While it was still Union Township, portions of territory were taken to form Rutherford (as of September 21, 1881), Boiling Springs Township (April 17, 1889; now the borough of East Rutherford) and North Arlington (March 11, 1896). On May 15, 1917, the area was reincorporated by an act of the New Jersey Legislature as the Township of Lyndhurst, based on the results of a referendum held one week earlier. The township is named for Lord Lyndhurst.

Statement of results of a Special Election on May 8, 1917 to vote for or against an act entitled, " An act changing the name of the Township of Union, in the County of Bergen to the Township of Lyndhurst". 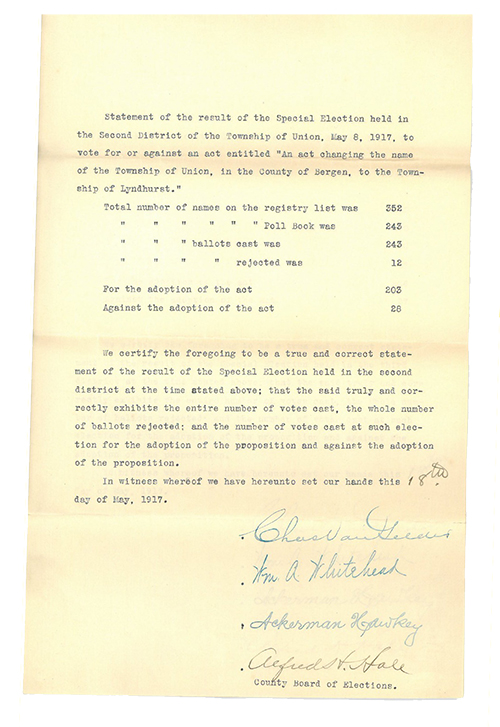 Map of Property of Harry Rintz and Marcus Rothschild.  Filed May 19, 1913 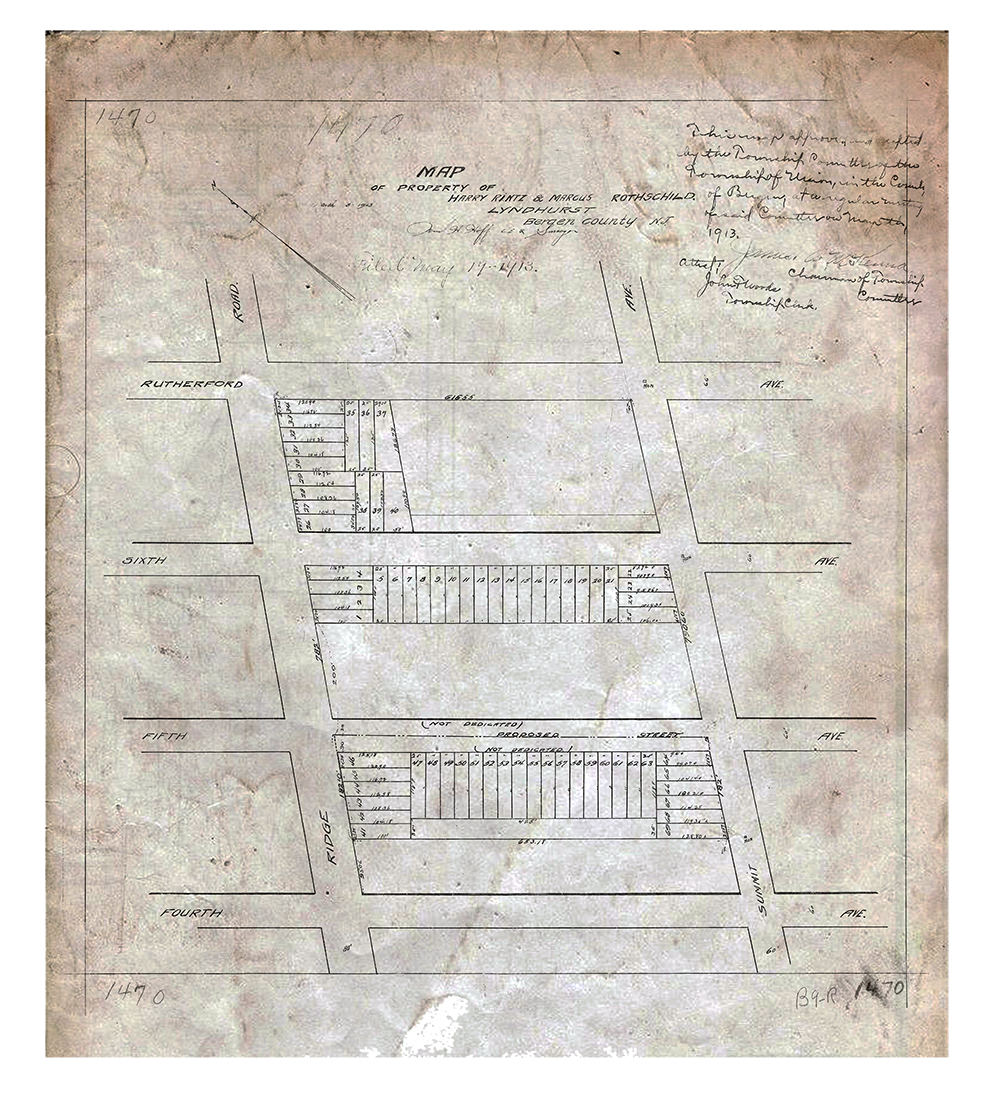 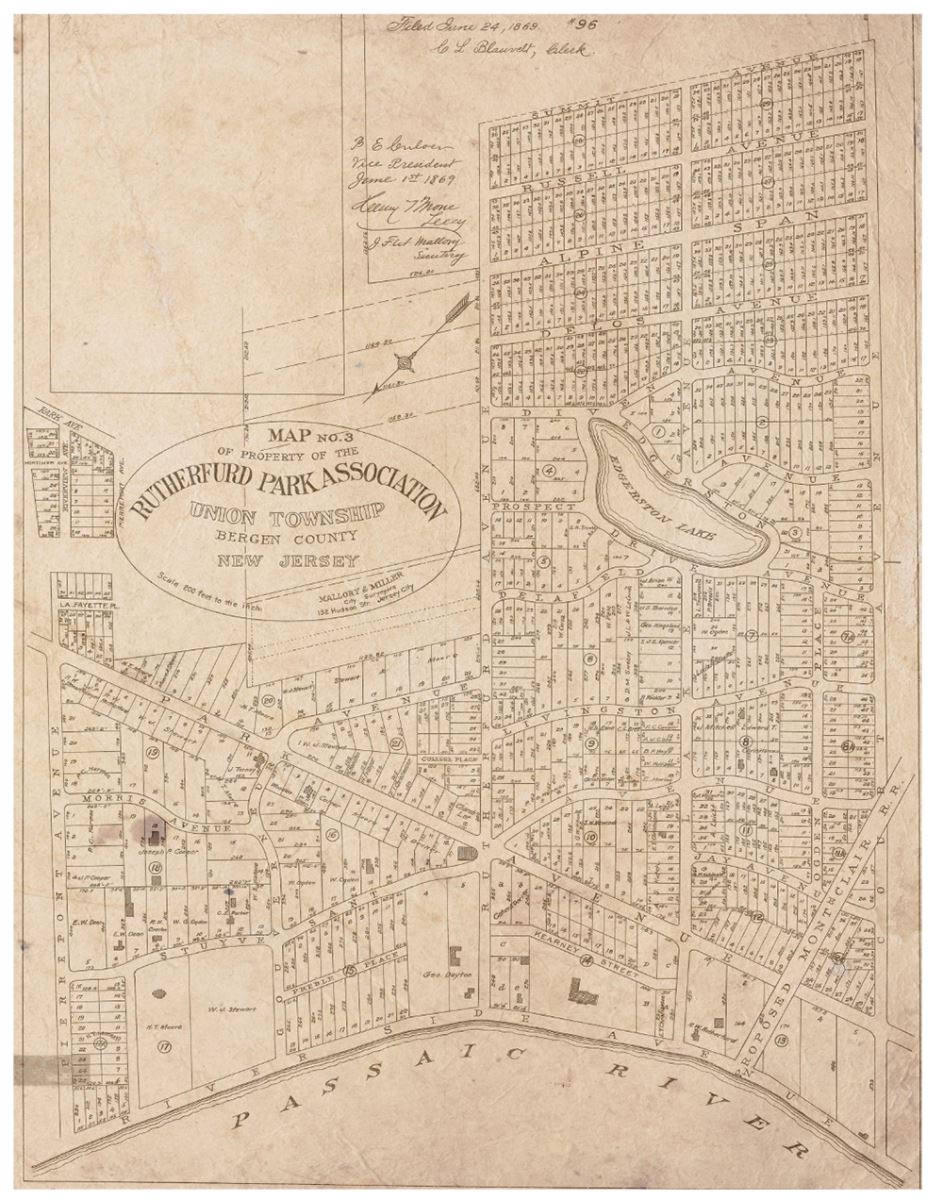 The Lyndhurst Fire Department was formed in the early part of the 20th Century as a volunteer department. Carl Oltman, Jack Marnett, F.A. Rothgery, and George Frank were among the early fire Chiefs. 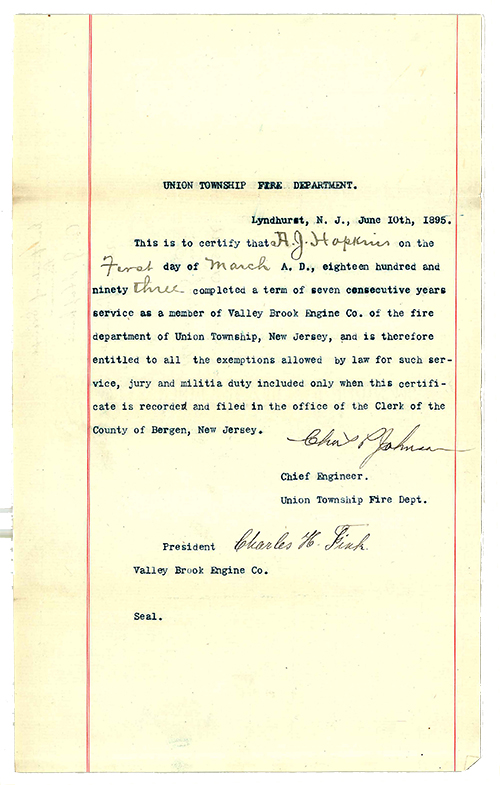 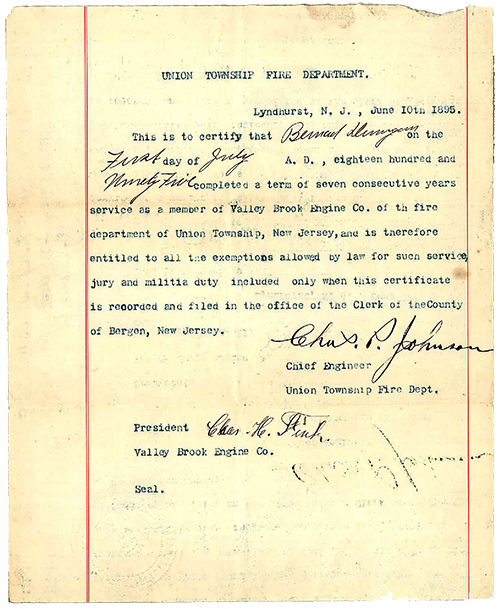 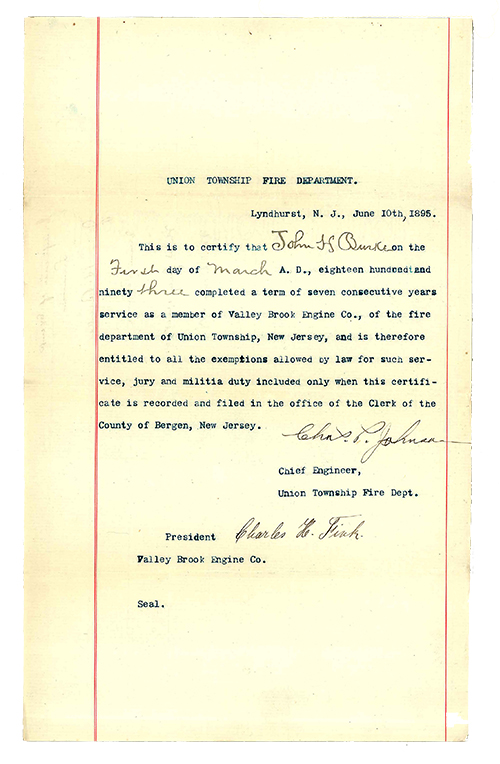 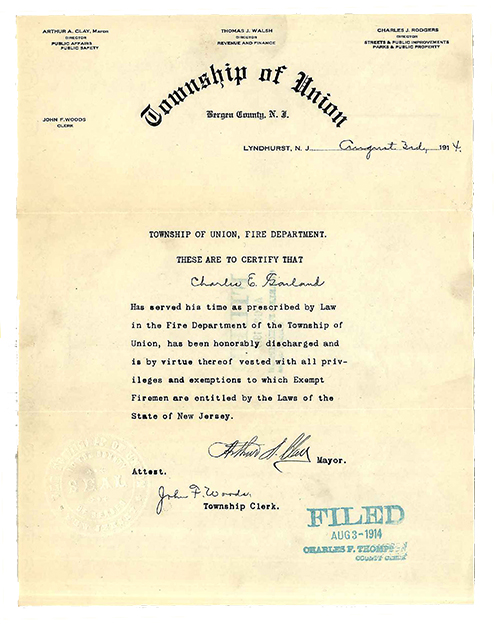 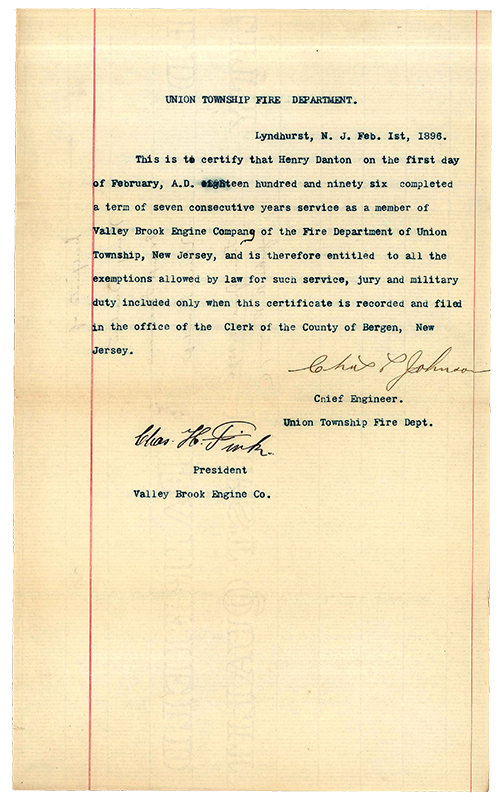 Appointment of William H Castle to the position of Clerk Dated May 15, 1917 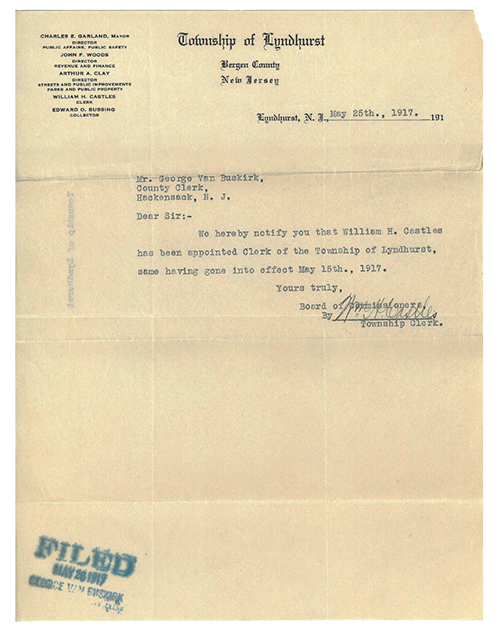