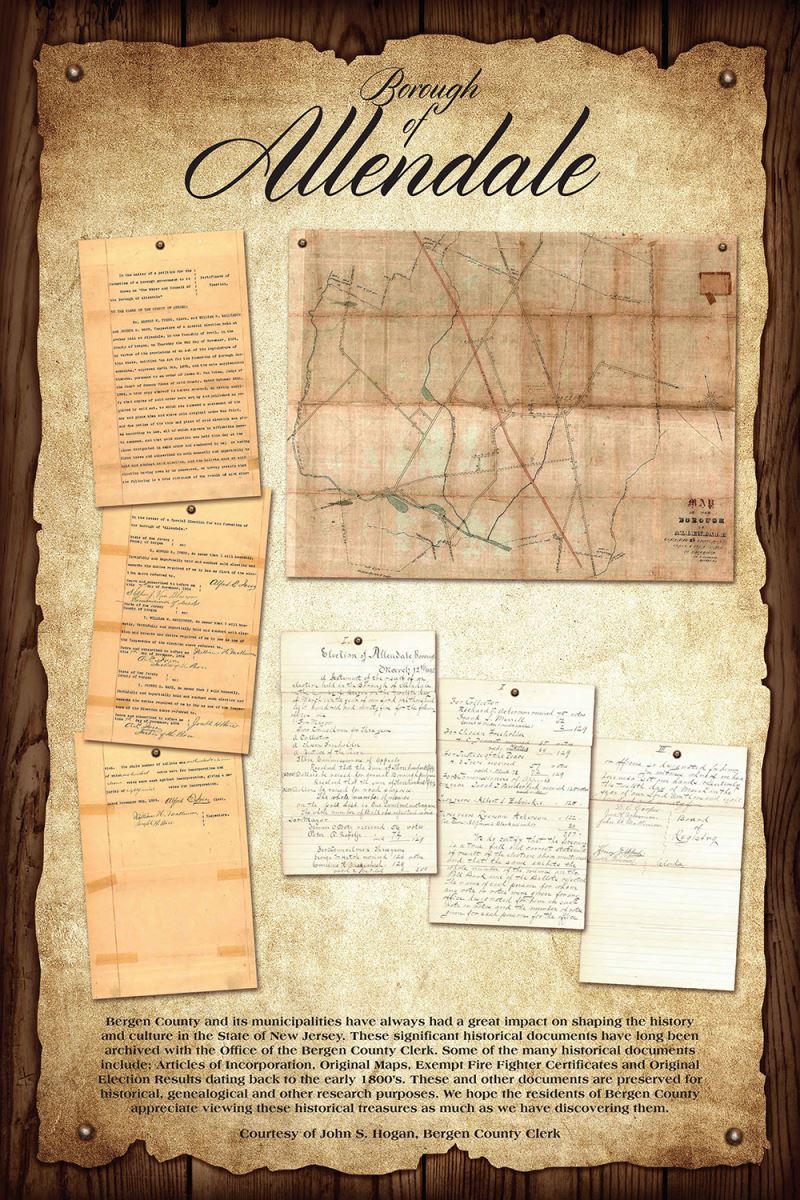 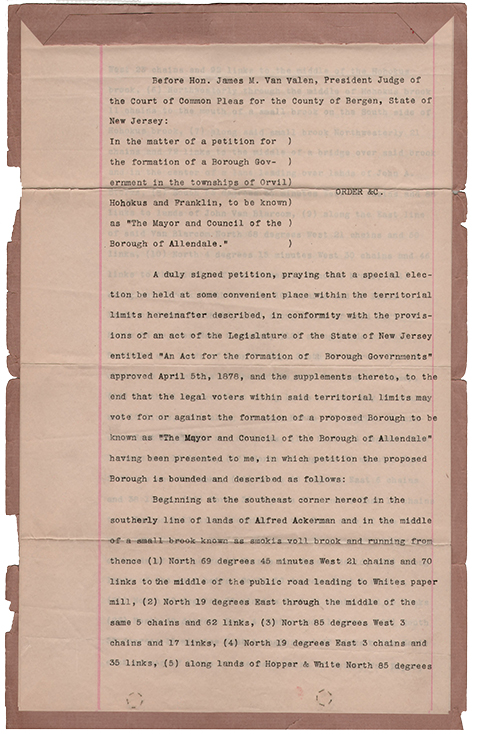 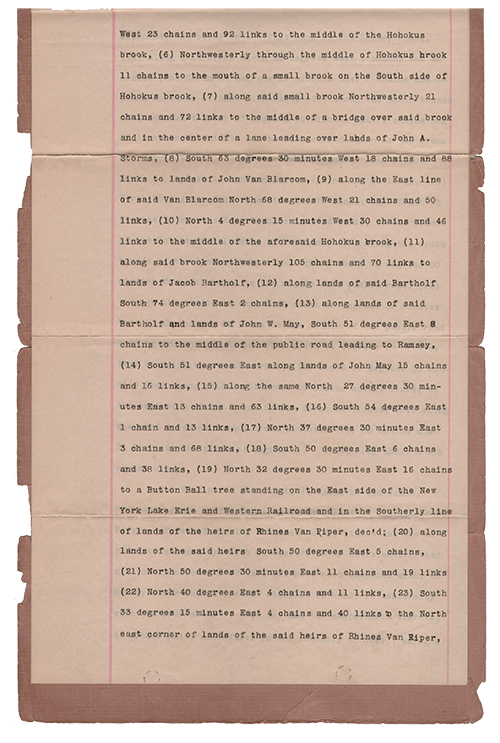 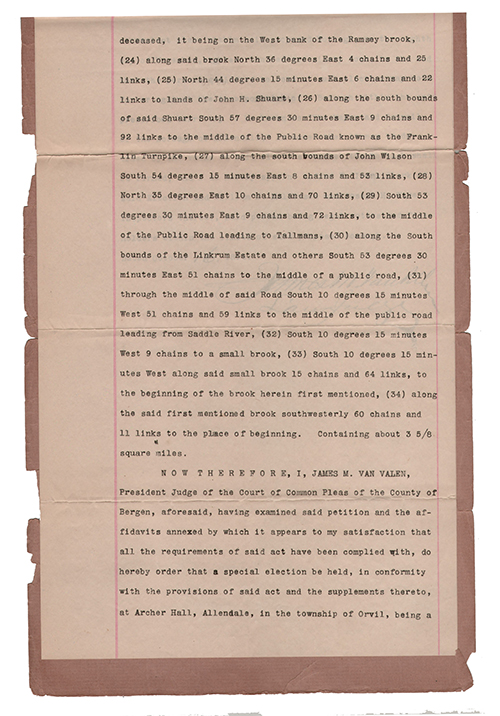 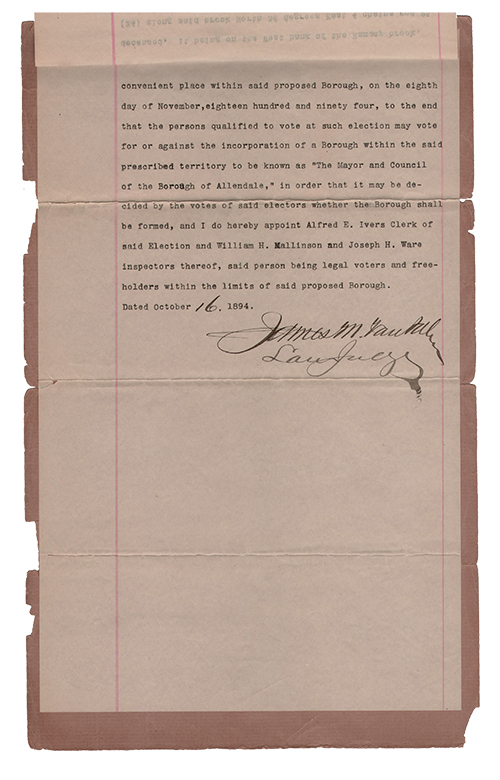 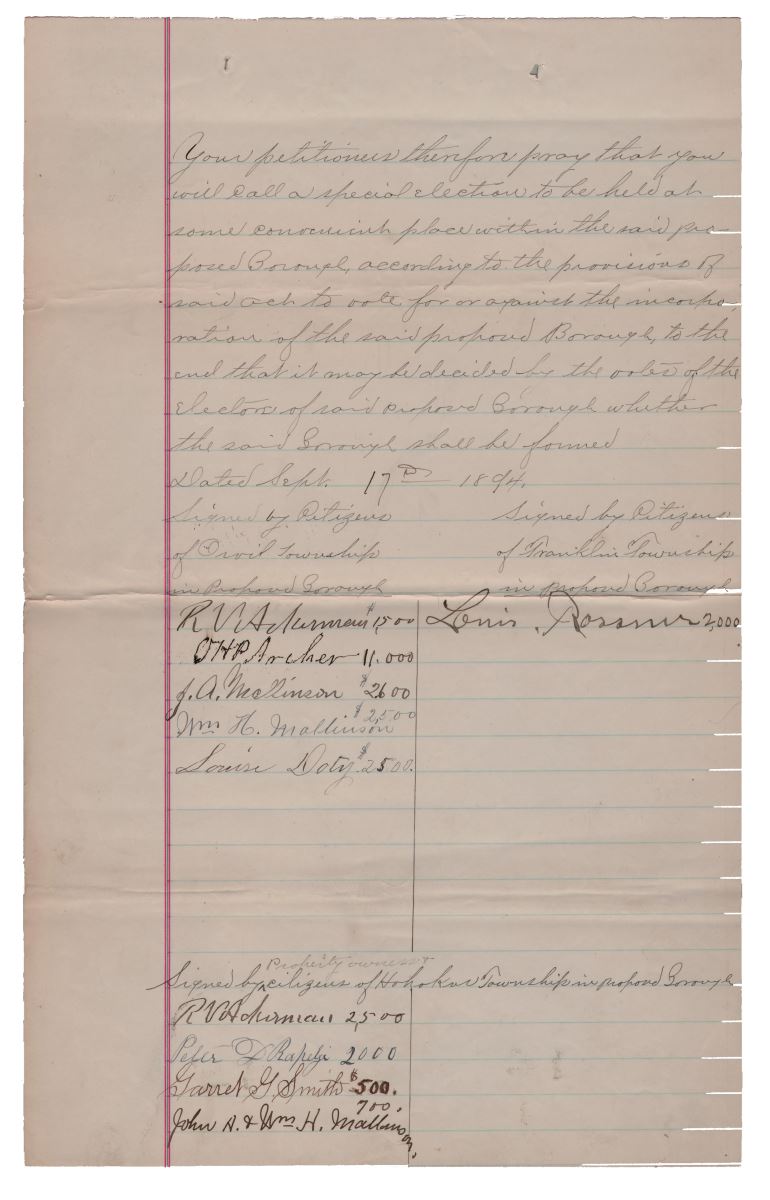 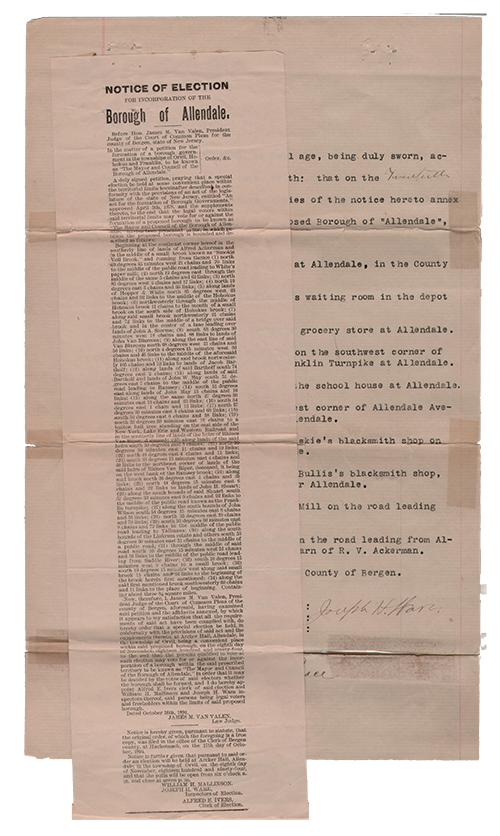 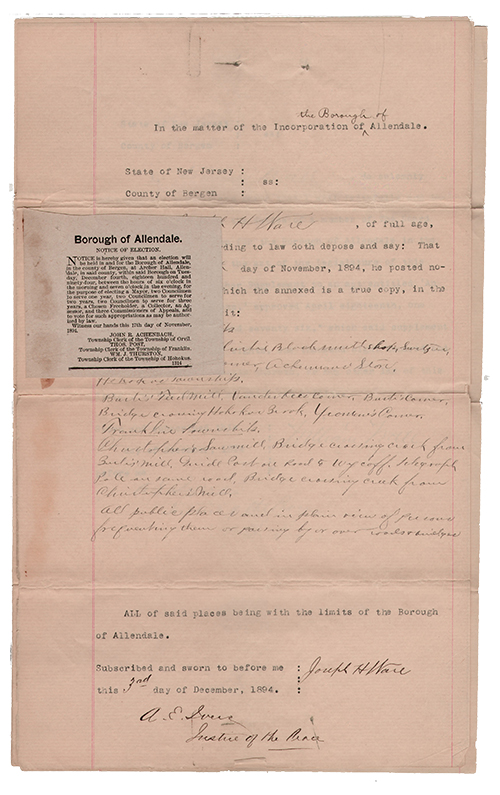 Certificate of Election Dated November 8, 1894 confirming the Special Election held "In the matter for the formation of a Borough Government known as the Mayor and Council of the Borough of Allendale". 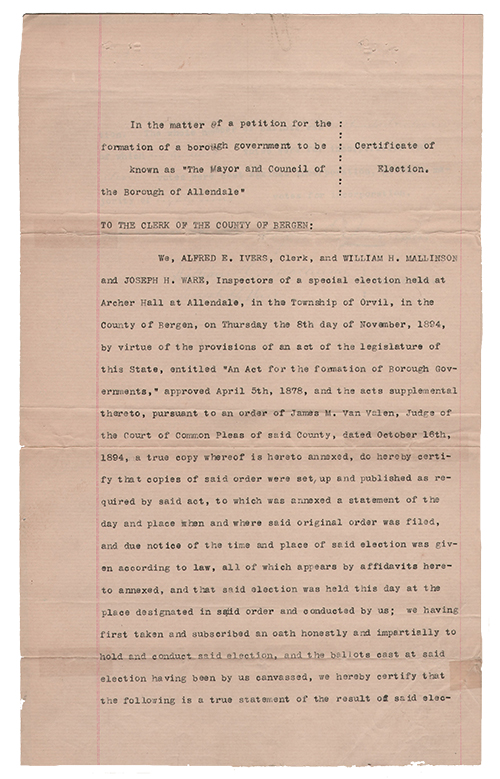 Pictured above are examples of documents archived at the Office of the Bergen County Clerk. 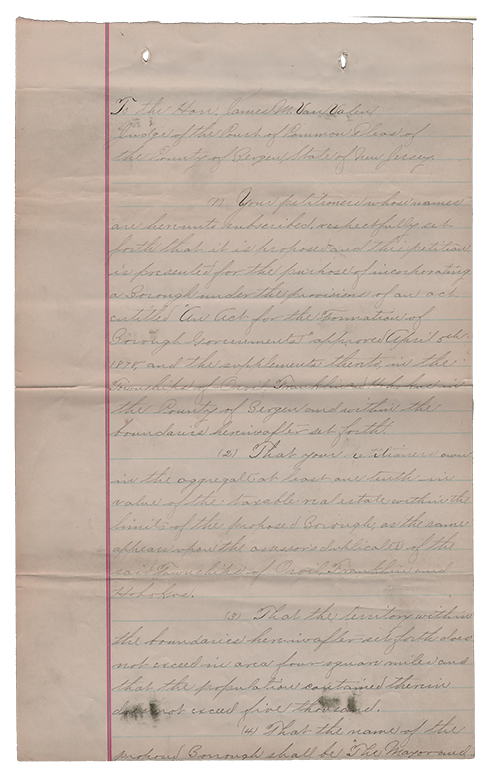 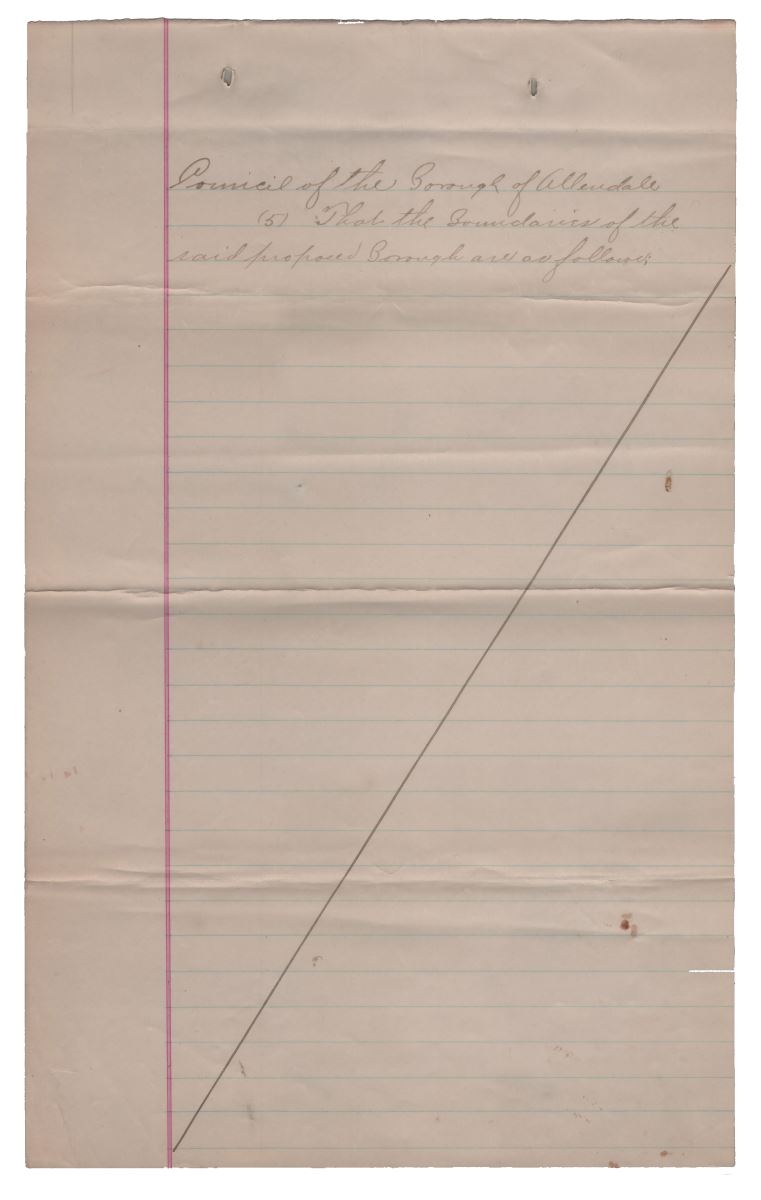 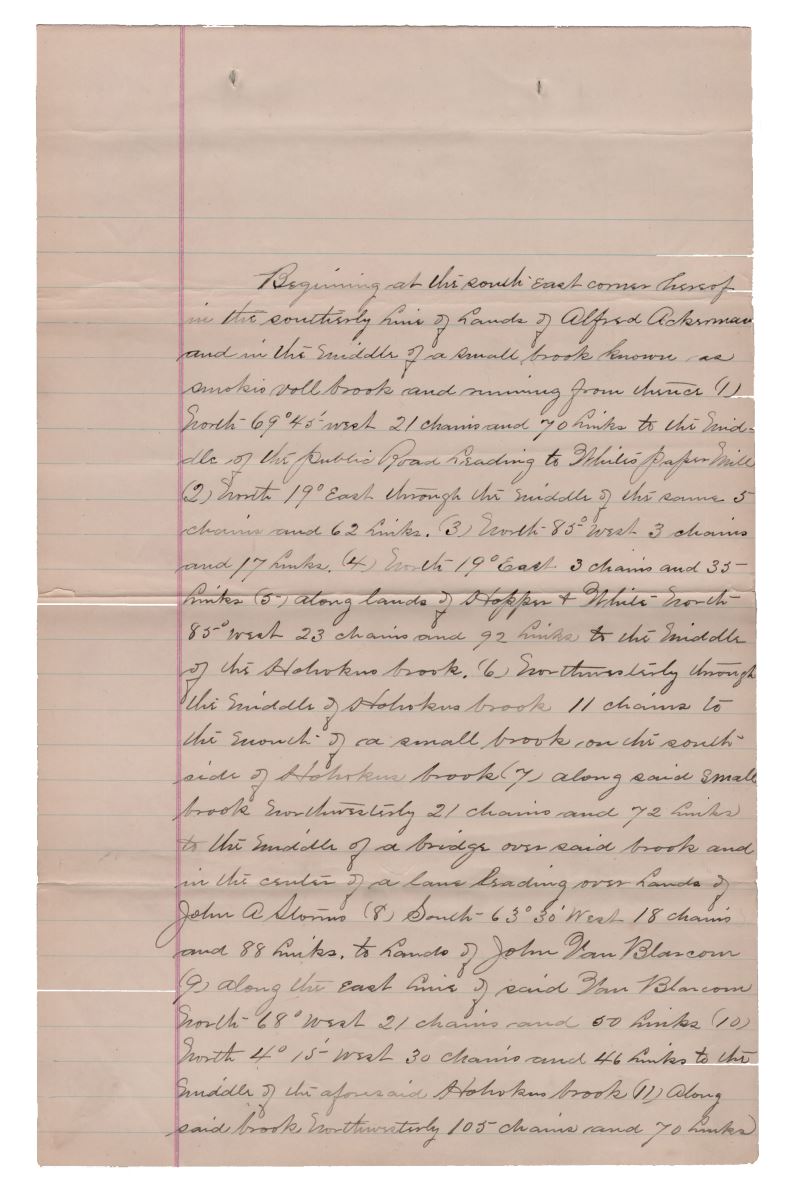 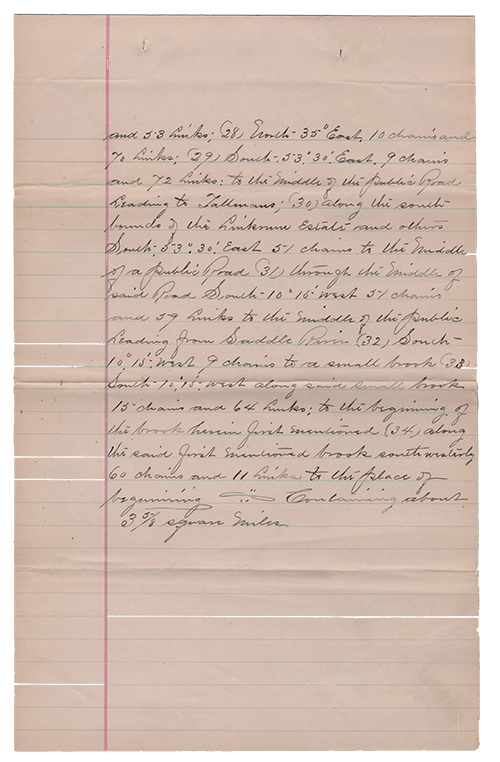 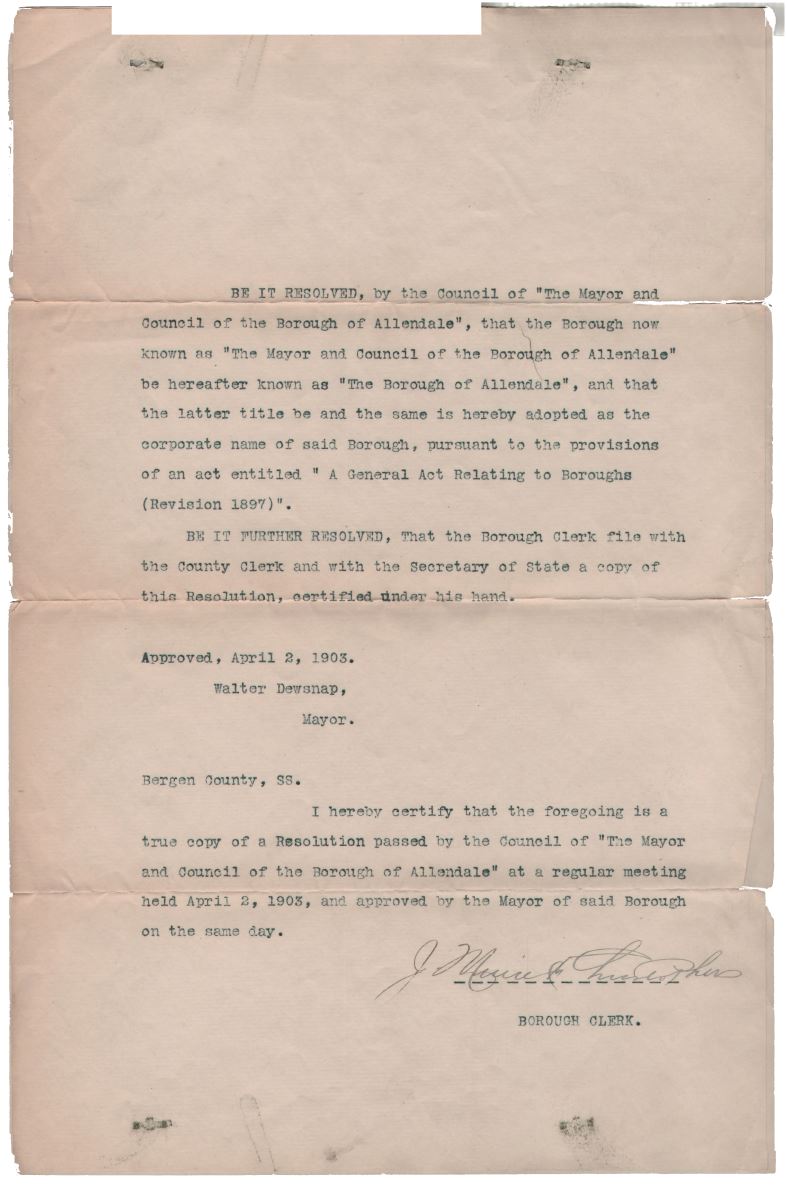 Statement of Results of an Election held by the Borough of Allendale on March 12, 1895. Results for offices of Mayor, Council, Collector, Chosen Freeholder, Justice of the Peace, etc. 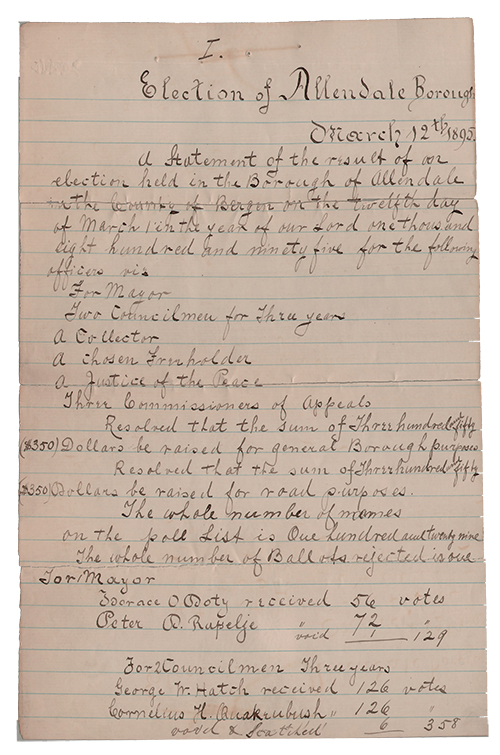 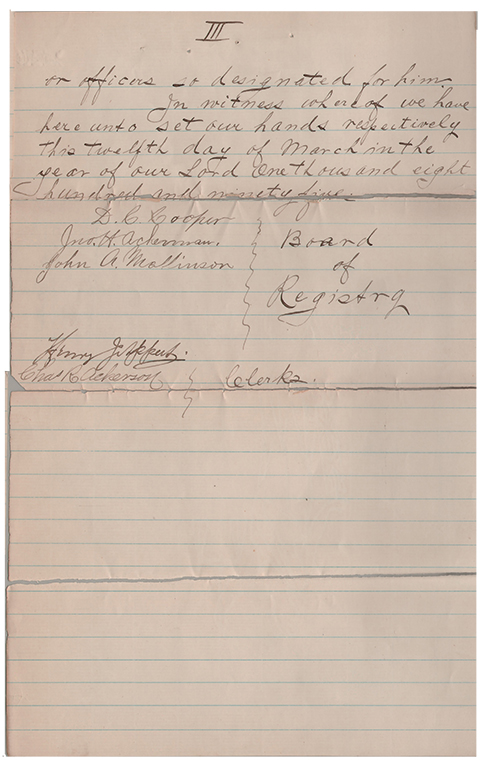