Westwood was officially incorporated as a borough on May 8, 1894, from portions of Washington Township, early during the "Boroughitis" phenomenon then sweeping through Bergen County, in which 26 boroughs were formed in the county in 1894 alone. 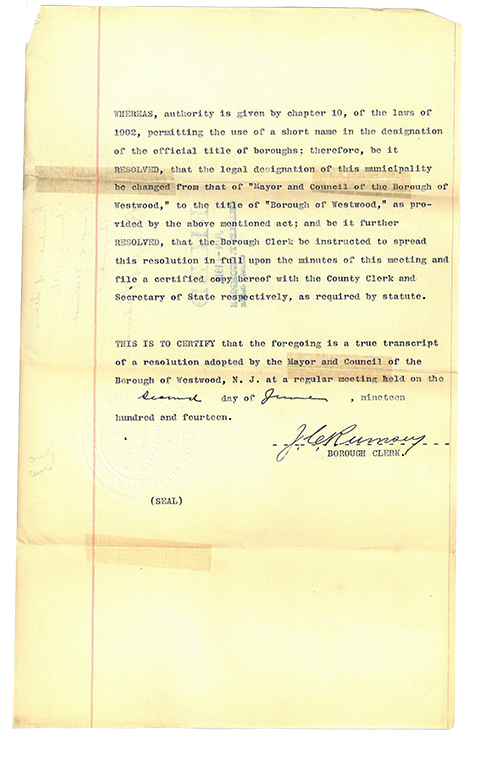 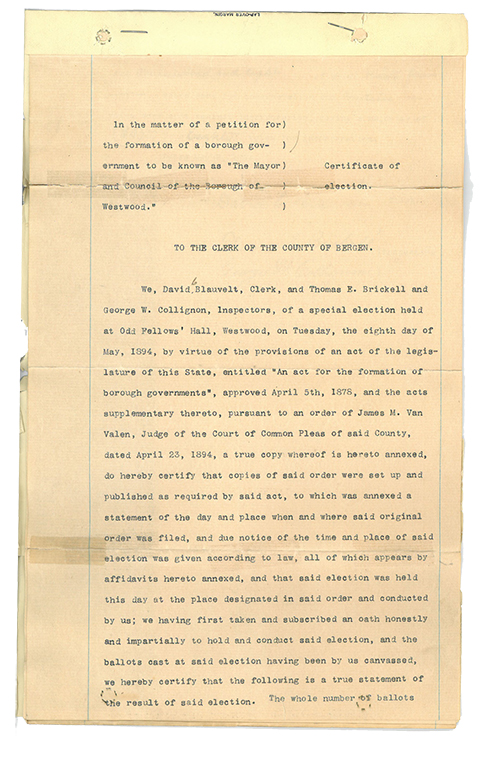 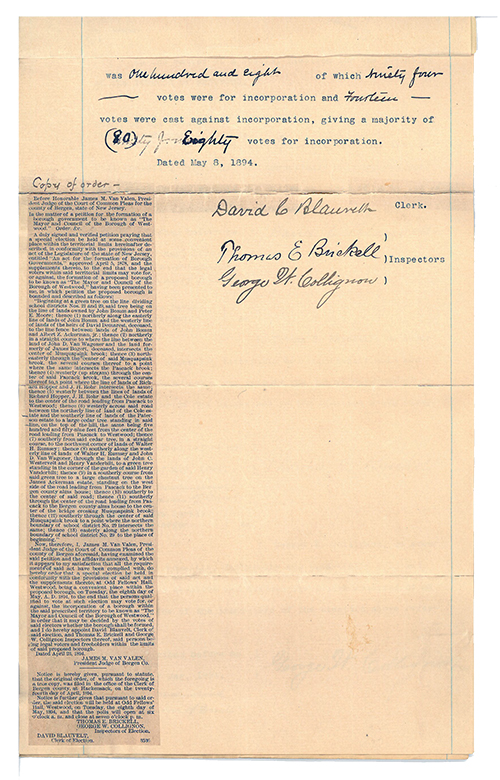 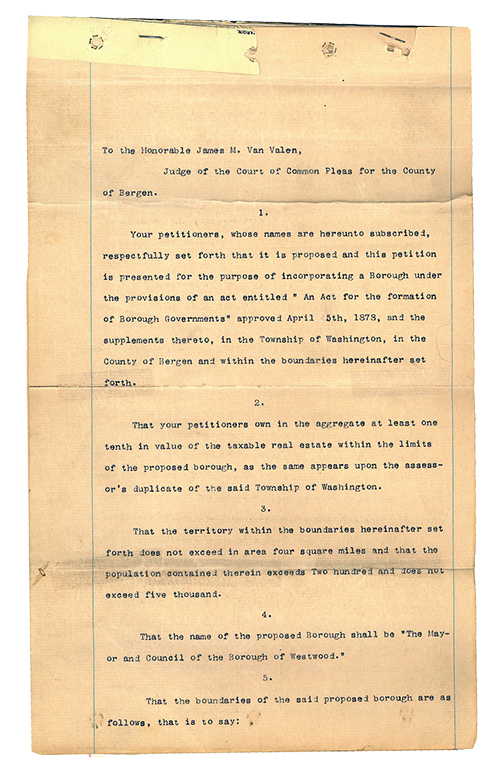 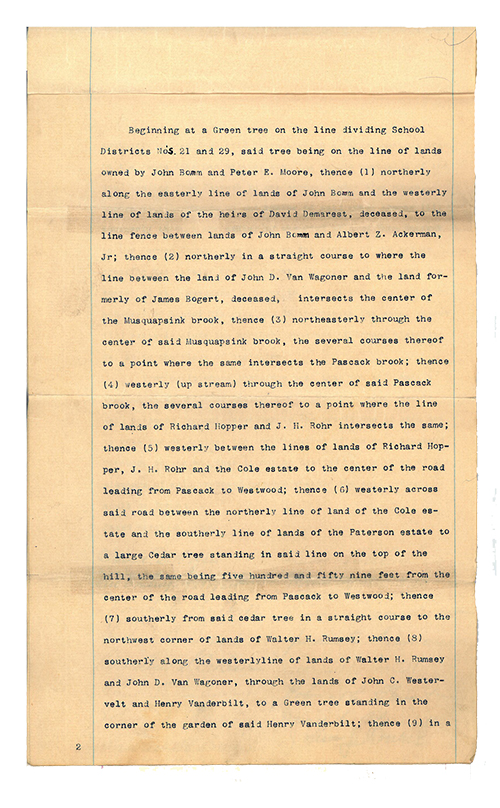 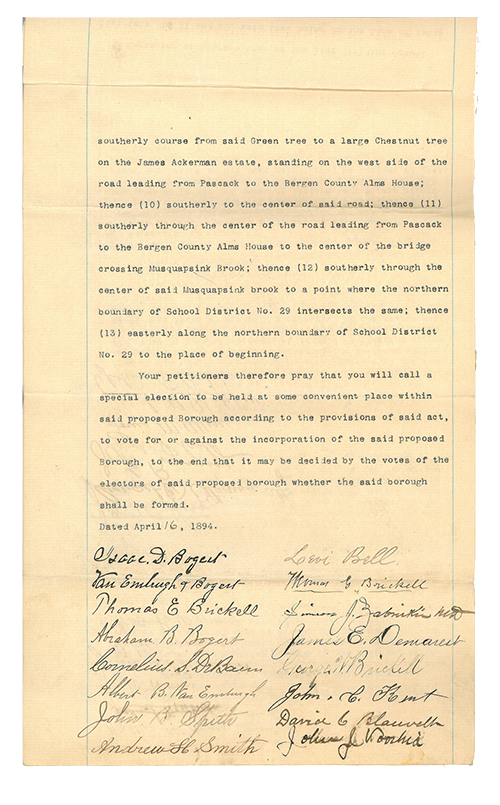 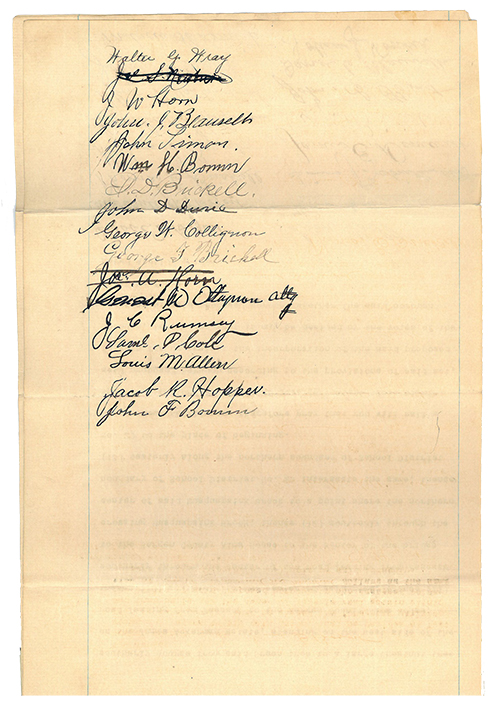 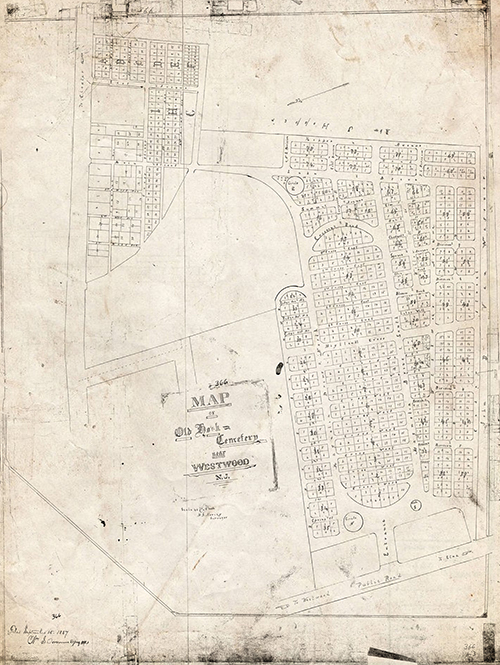 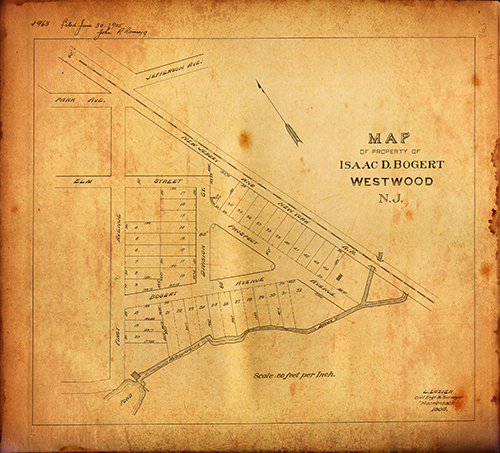 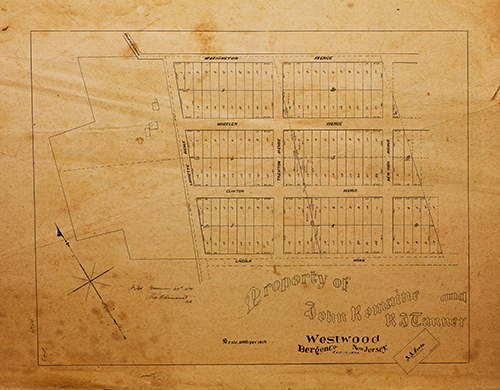 On February 10, 1894, a group of concerned citizens from the borough organized themselves into a volunteer firefighting unit known as Continental Hook and Ladder. Named as the first chief of the Fire Department was Genest Ottigon, affectionately known as "Pink Whiskers" for his stylish red beard, a trademark of the day. Westwood's first piece of apparatus was a hand drawn hook and ladder outfitted with ladders, buckets, axes, hooks, crossbars and rope - everything the modern firefighter of the day would need to meet any situation the fire scene might present. 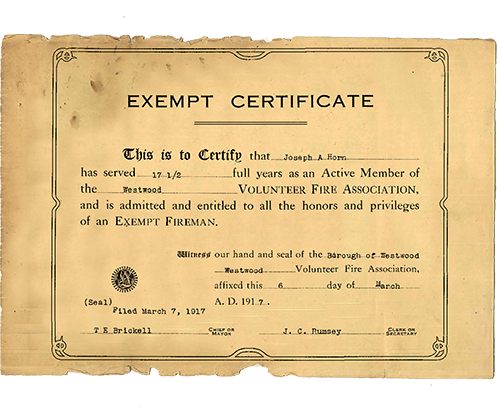 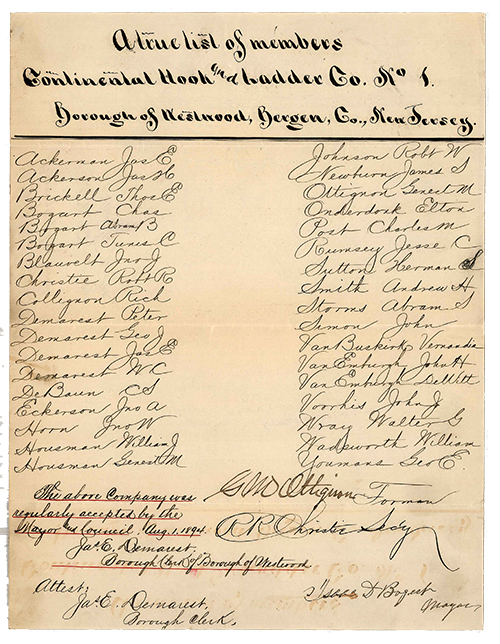 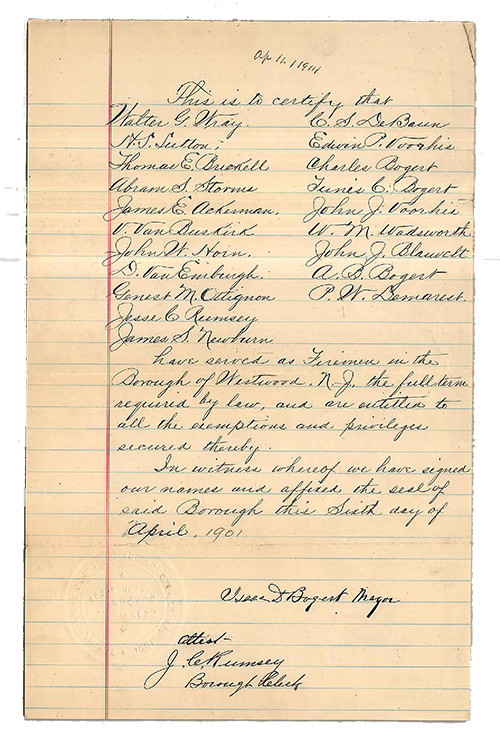