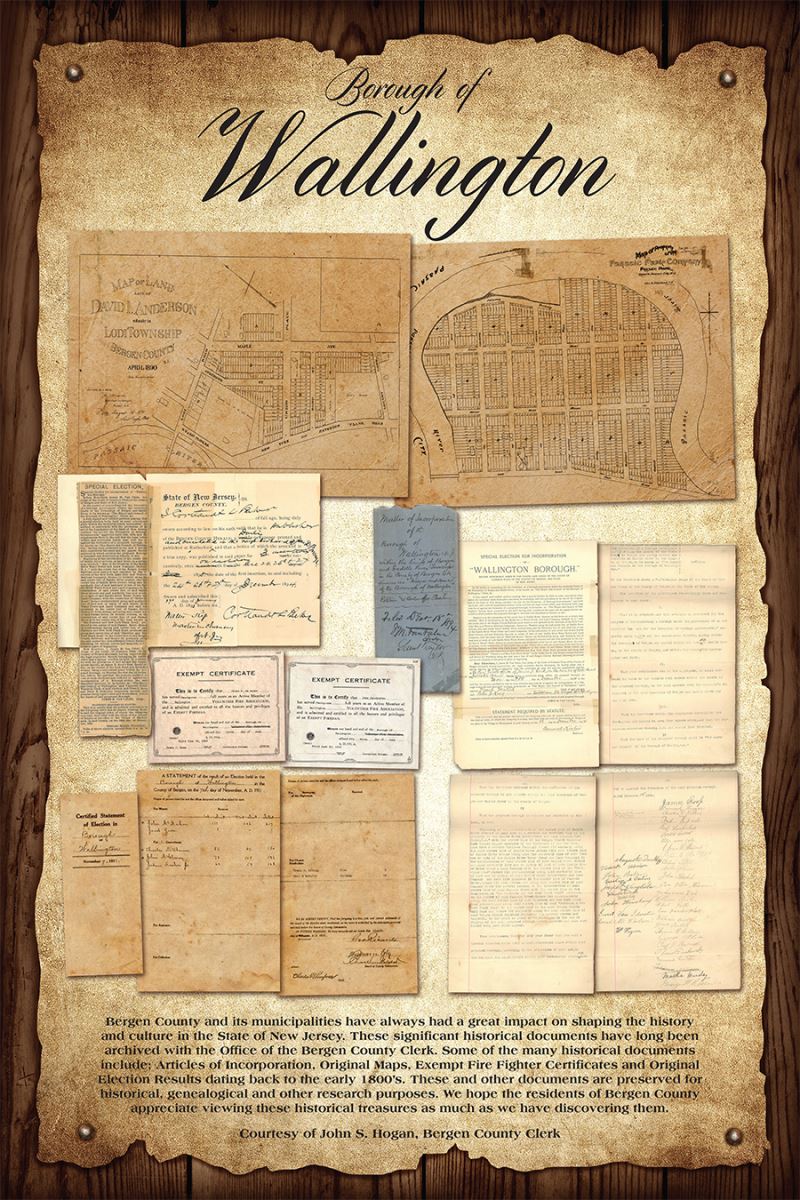 Wallington was created as a borough on January 2, 1895, based on a referendum held on December 31, 1894, from area taken from Bergen Township and Saddle River Township. The borough was formed during the "Boroughitis" phenomenon then sweeping through New Jersey, in which 26 boroughs were formed in Bergen County alone in 1894, with Wallington the last of the 26 to be formed by an 1894 referendum. Sections of Wallington were ceded to Garfield in 1898. The borough is said to have been named for Walling Van Winkle (1650–1725), who built a home in the future borough. 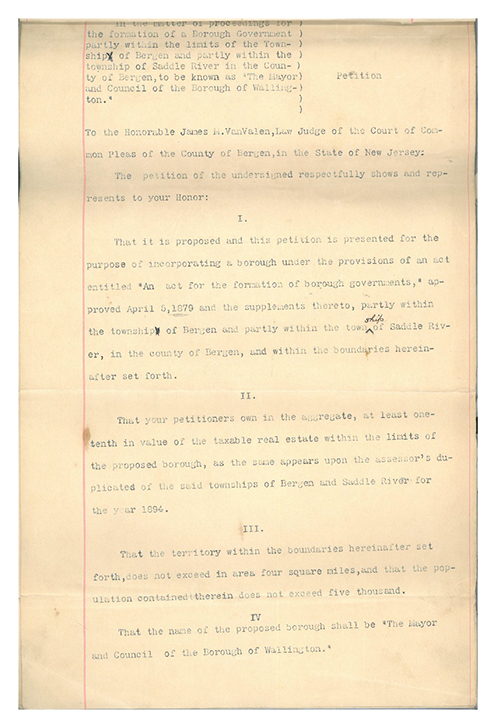 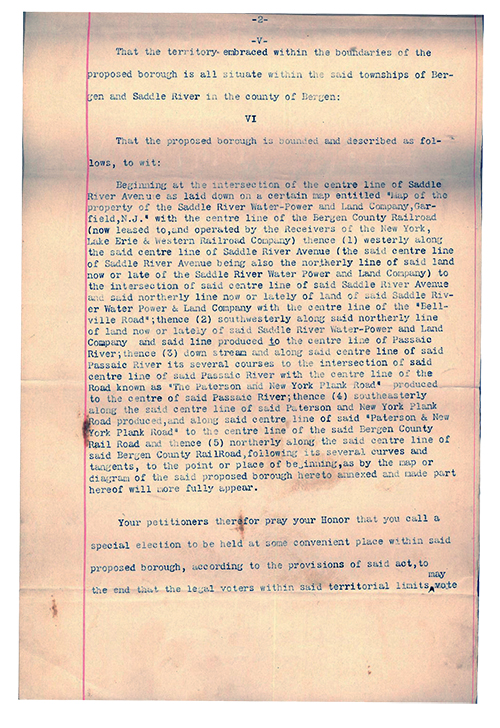 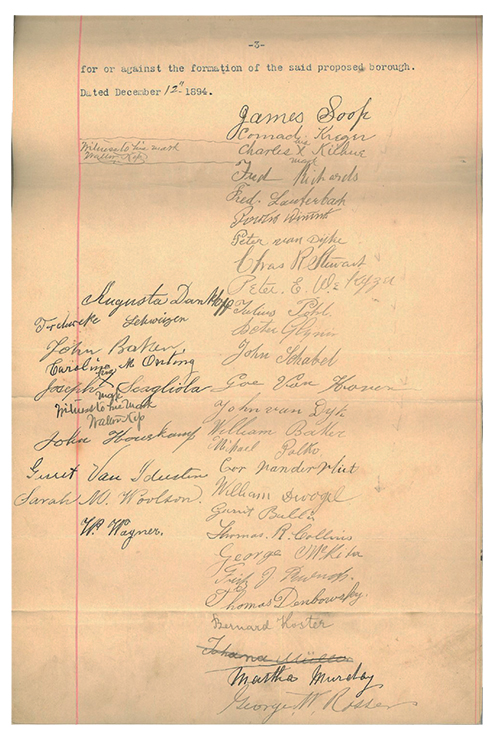 Amended Property of Frederick W. Anderson in the Borough of Wallington - 1910 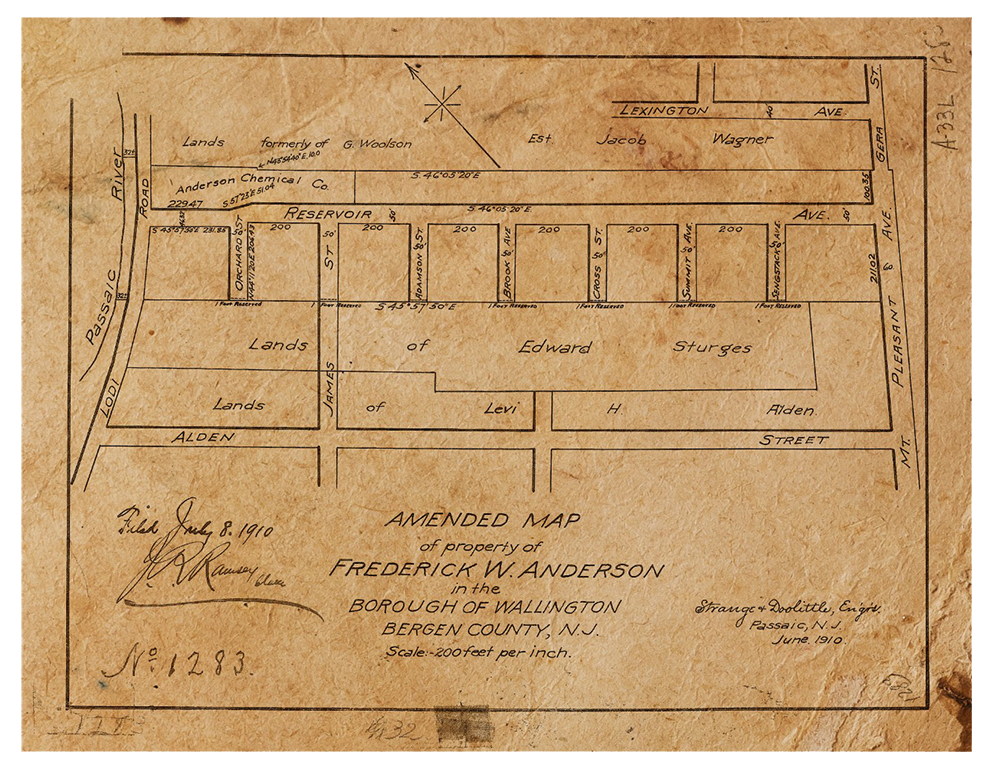 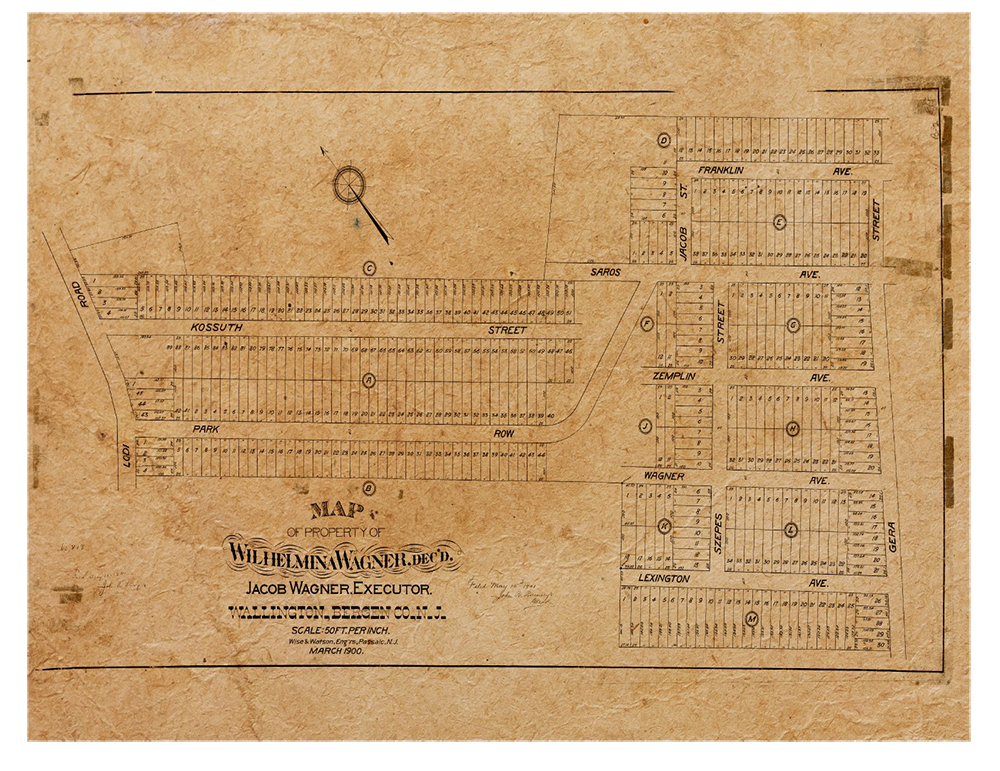 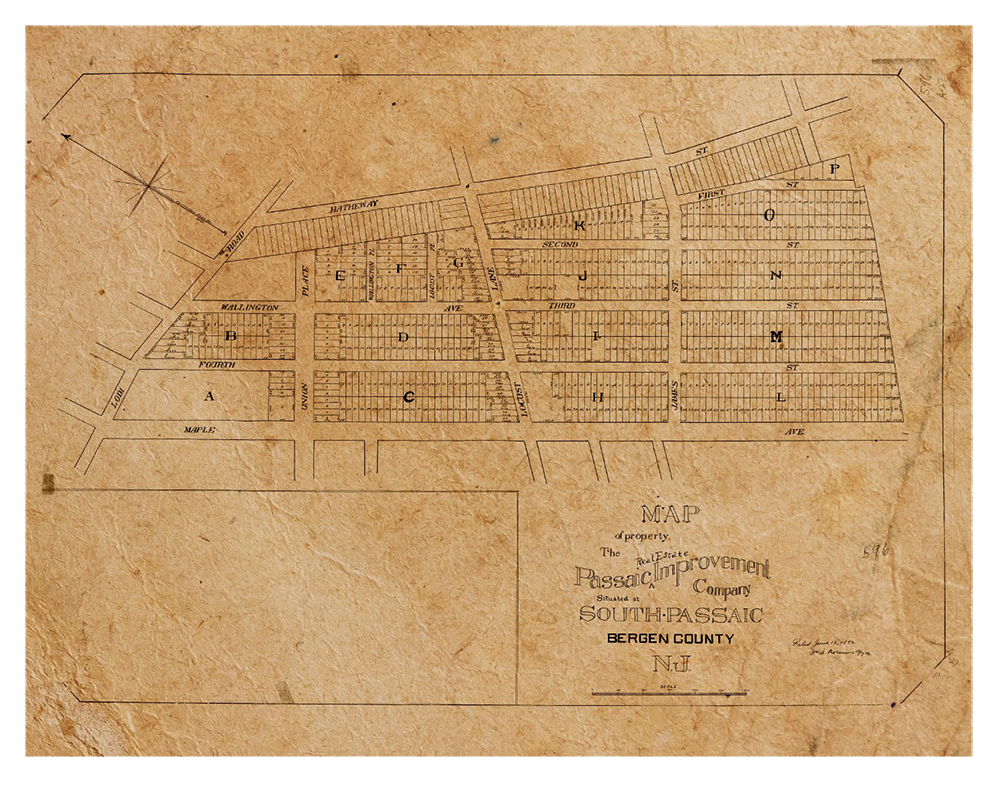 Map of Property of the Passaic Park Company 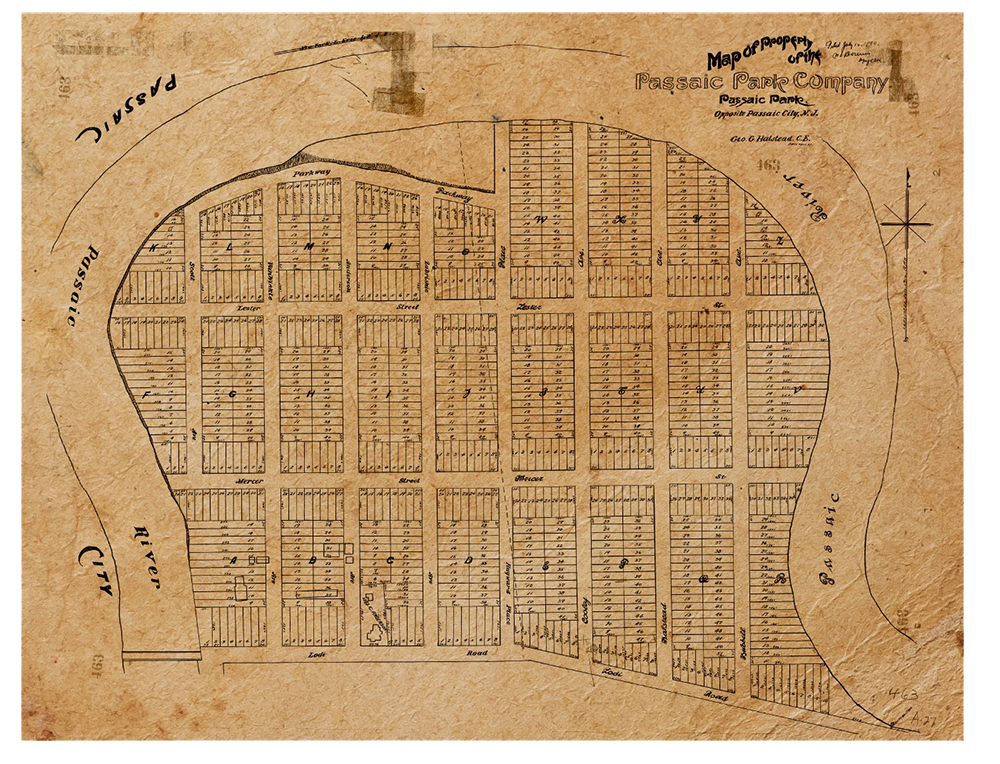 Map of Land Late of David I Anderson 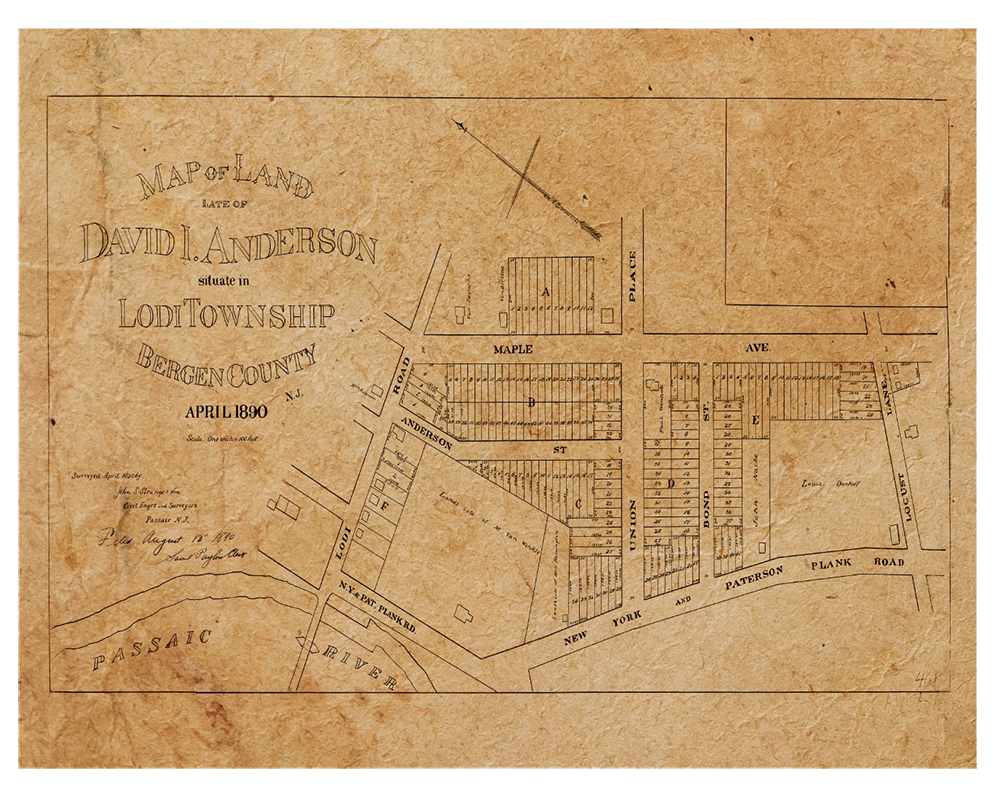 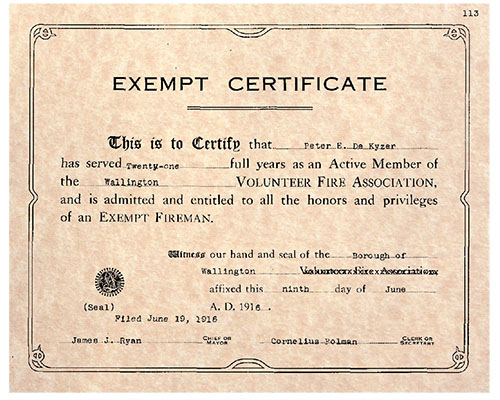 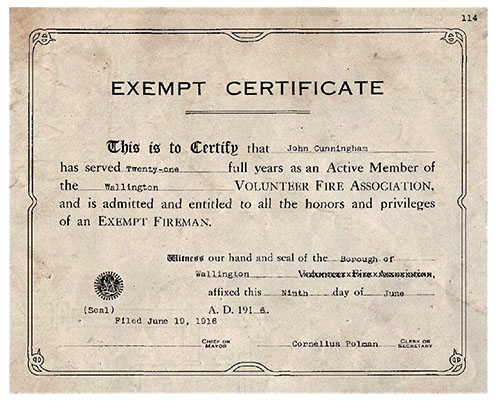 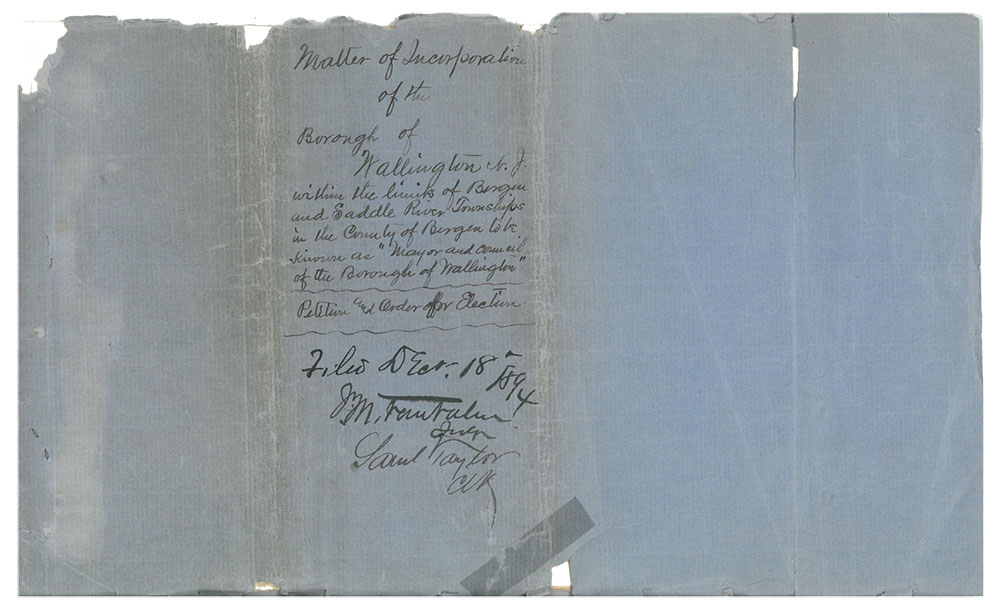 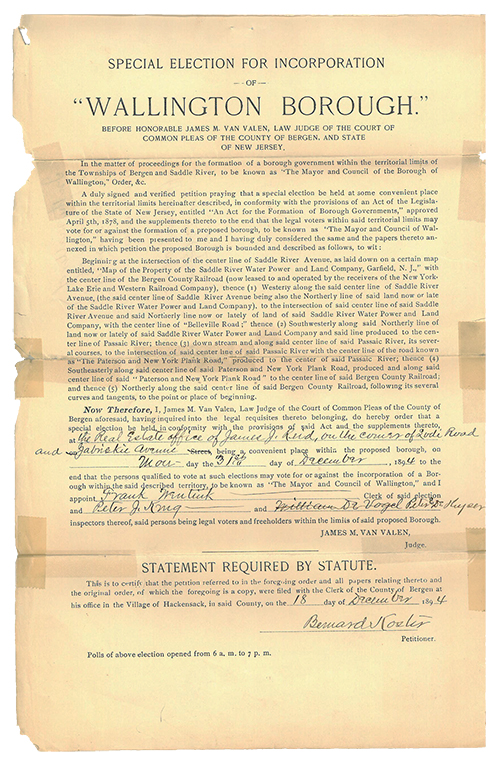 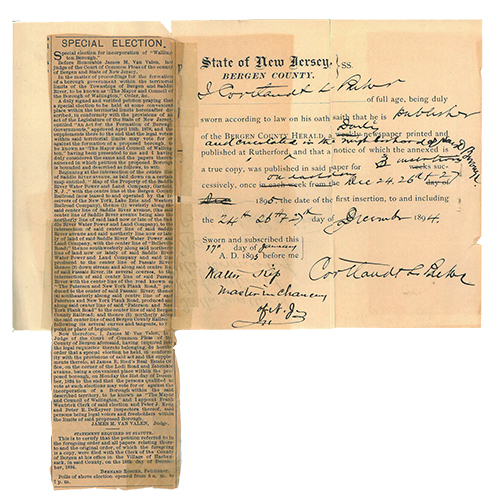 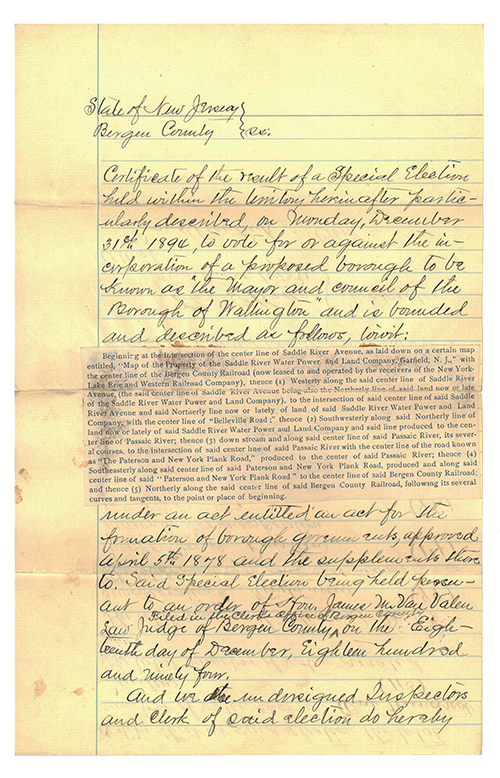 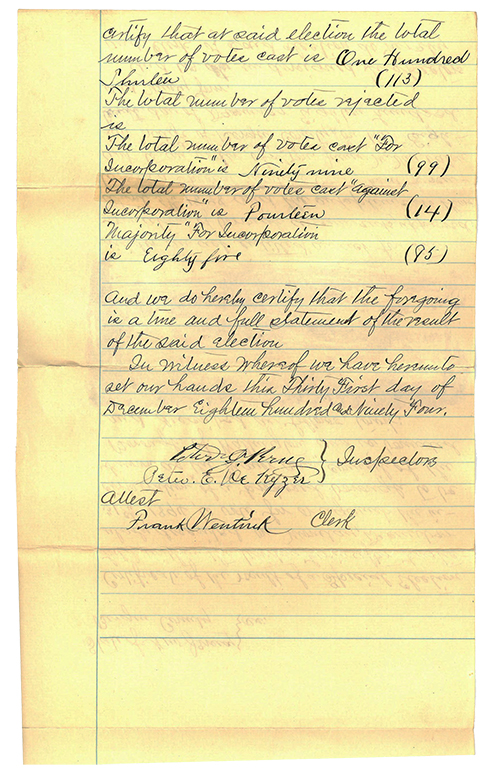