Upper Saddle River was formed as a borough by an act of the New Jersey Legislature on November 22, 1894, from portions of Hohokus Township and Orvil Township, based on the results of a referendum held two days earlier. The borough was formed during the "Boroughitis" phenomenon then sweeping through Bergen County, in which 26 boroughs were formed in the county in 1894 alone. Upper Saddle River's referendum passed on November 20, one day after the referendum passed for Saddle River. The name of the river, and hence the borough, is thought to come from early explores who thought that the geography of the area resembled that of the Sadle Burn, the valley surrounding a stream in the Scottish area of Argyll. 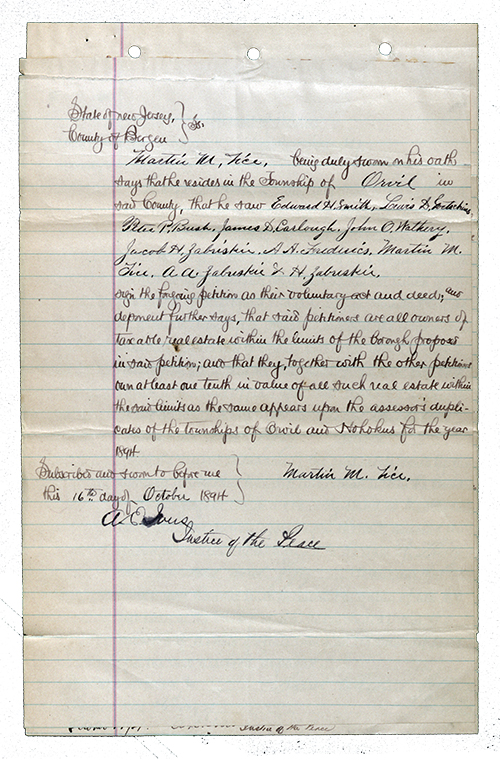 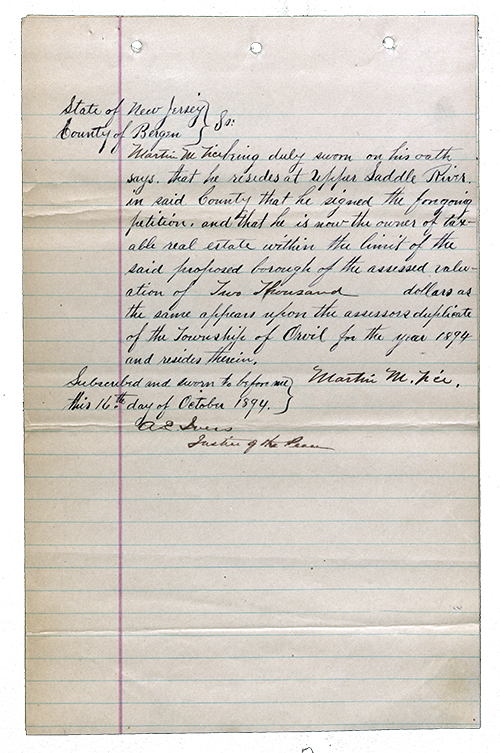 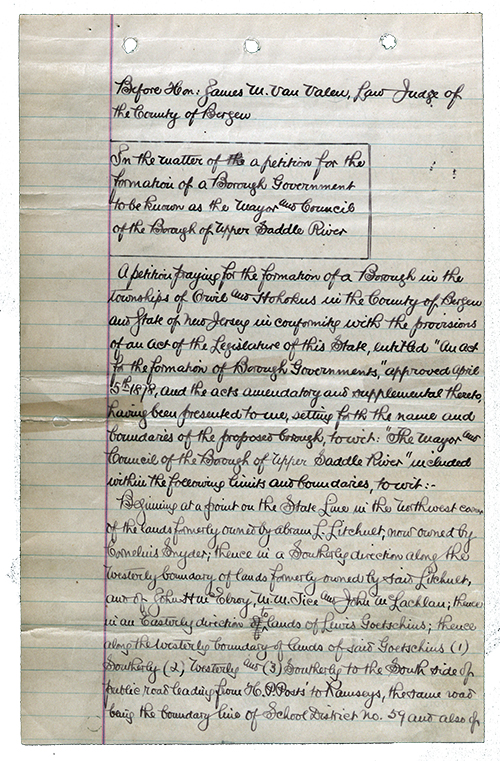 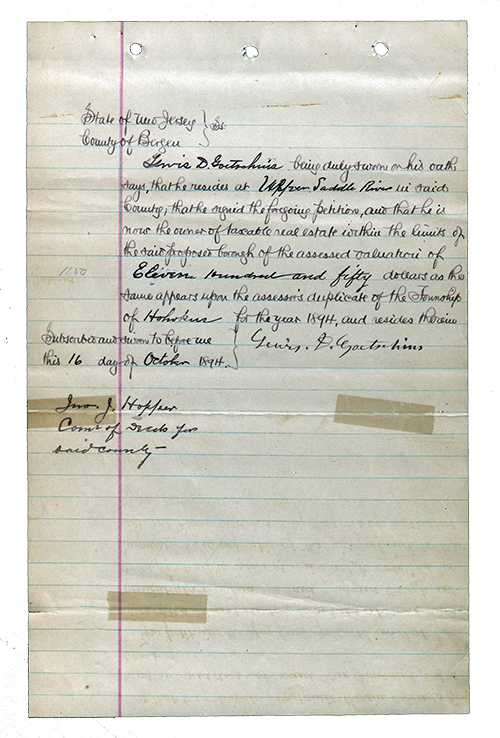 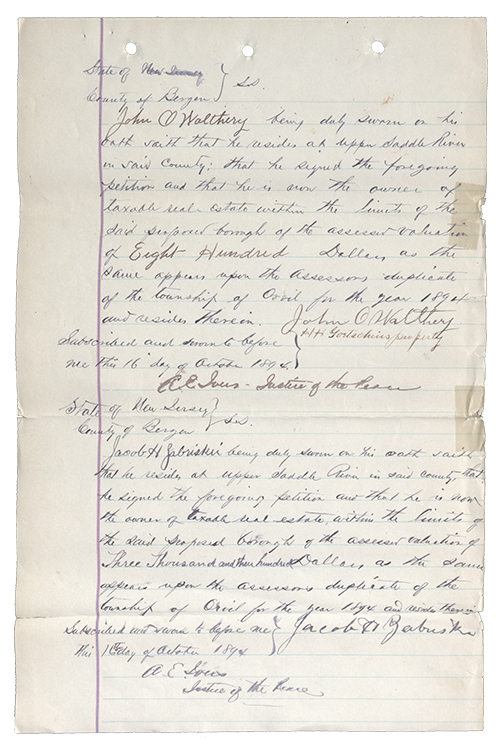 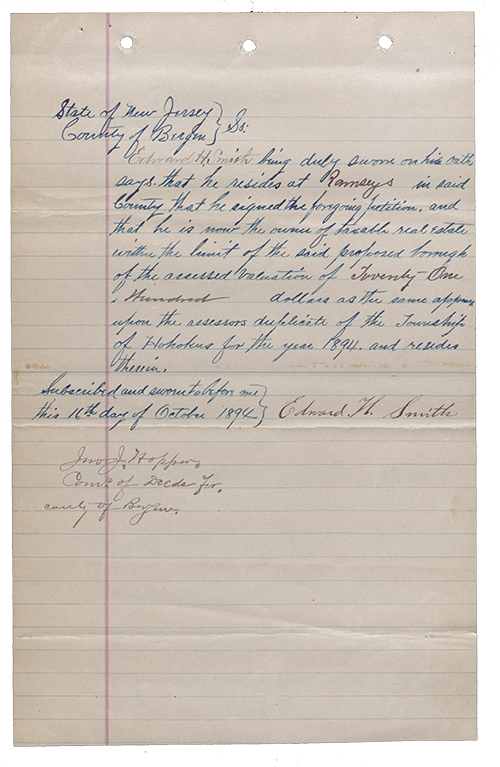 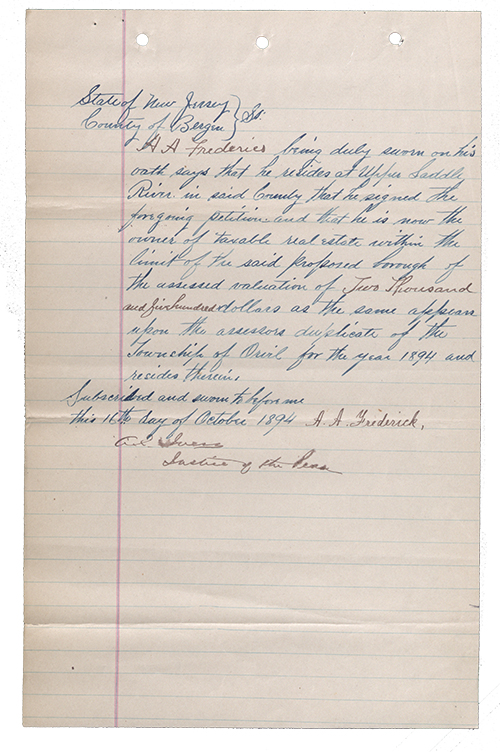 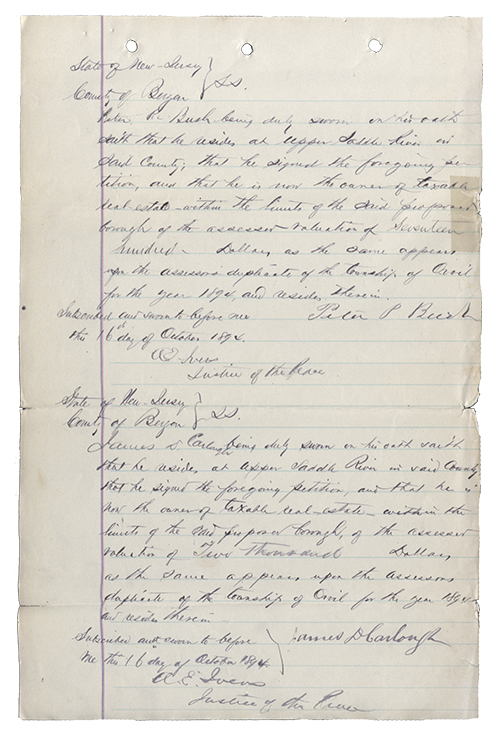 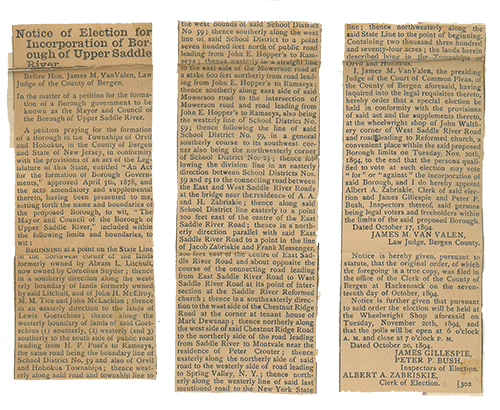 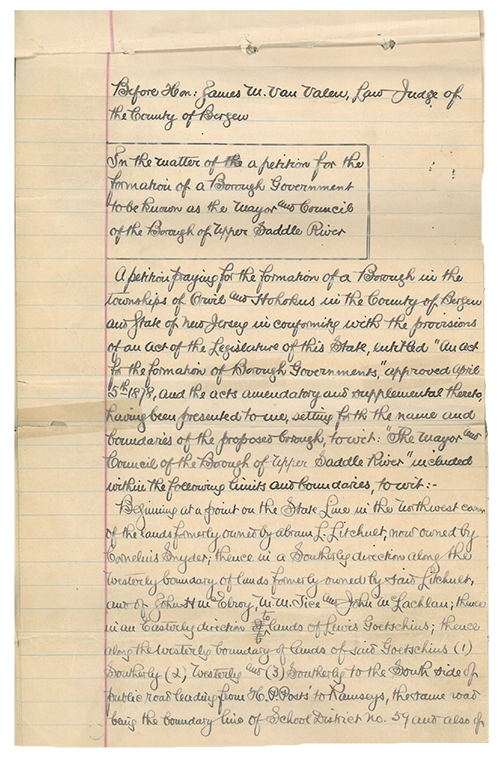 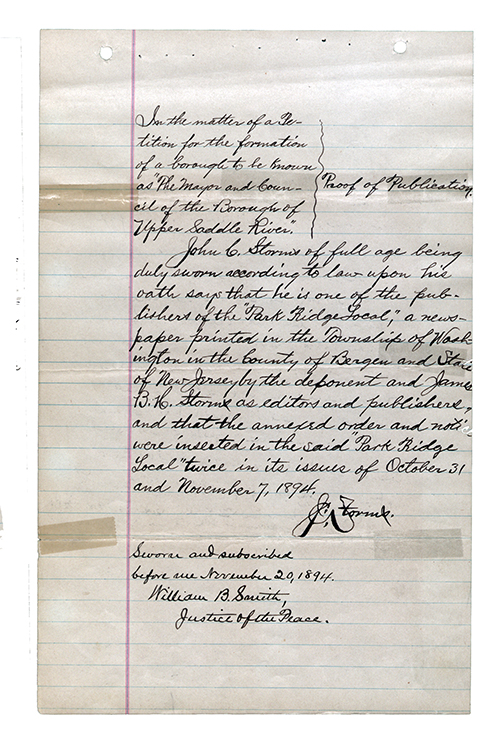 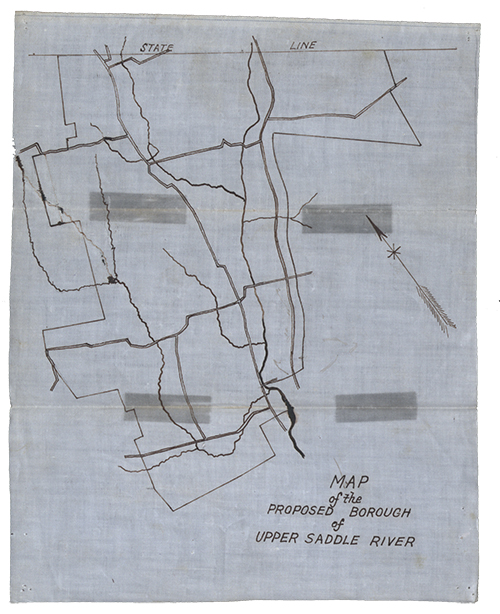 Advertisement for the 1895 Vote for boundaries for Upper Saddle River 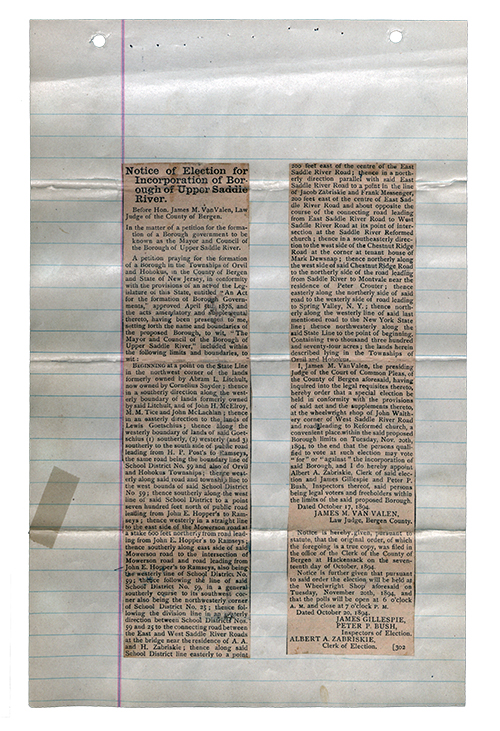 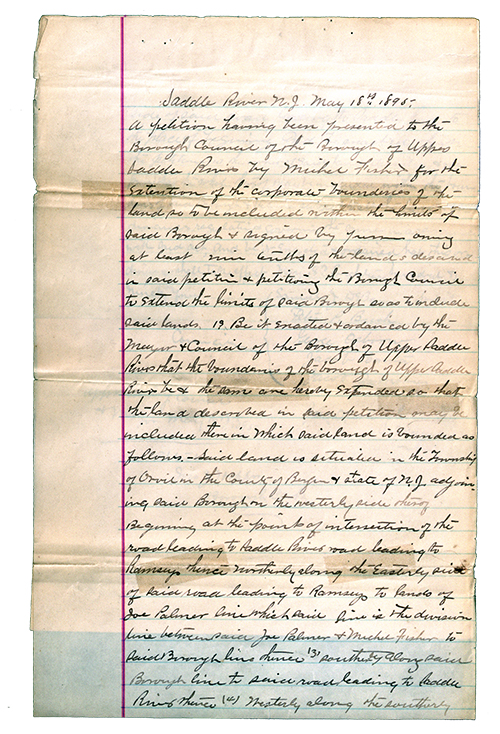 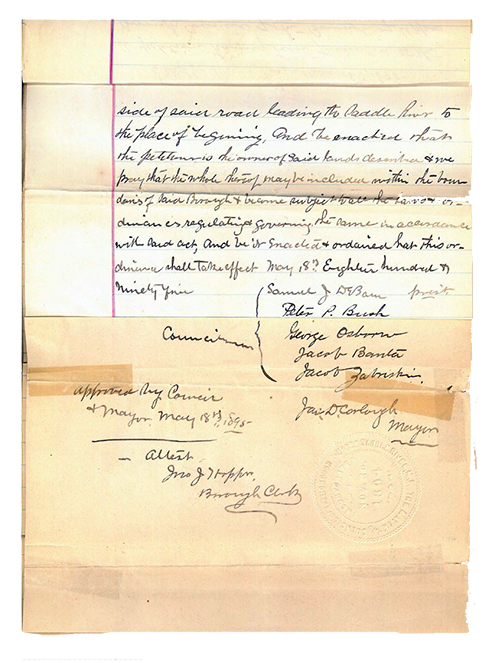 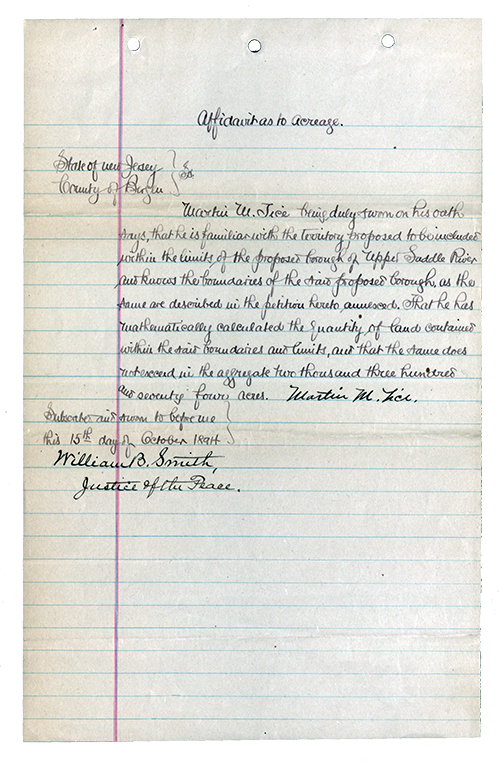 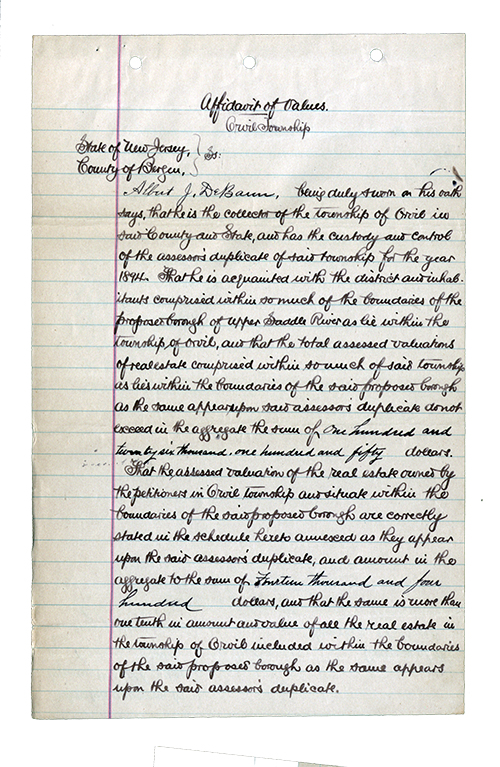