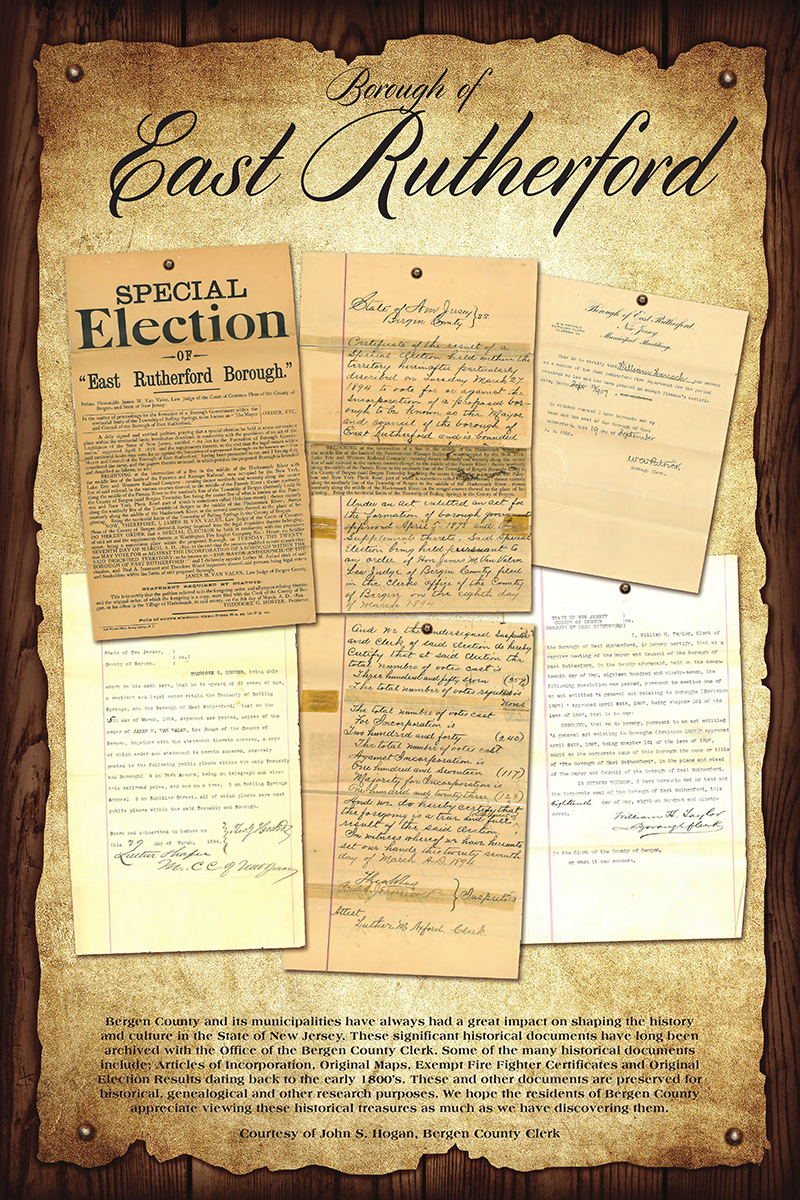 Under the terms of an act of the New Jersey Legislature on April 17, 1889, a portion of the old Union Township was incorporated under the name of Boiling Springs Township. The new township took its name from a spring in the community. On March 28, 1894, the Borough of East Rutherford was created, based on the results of a referendum held the previous day, and Boiling Springs Township was dissolved. While there was no change in its borders, the name and form of government were changed. The borough was the second formed during the "Boroughitis" phenomenon then sweeping through Bergen County, in which 26 boroughs were formed in the county in 1894 alone.

Resolution incorporating the Borough of East Rutherford - May 18, 1897 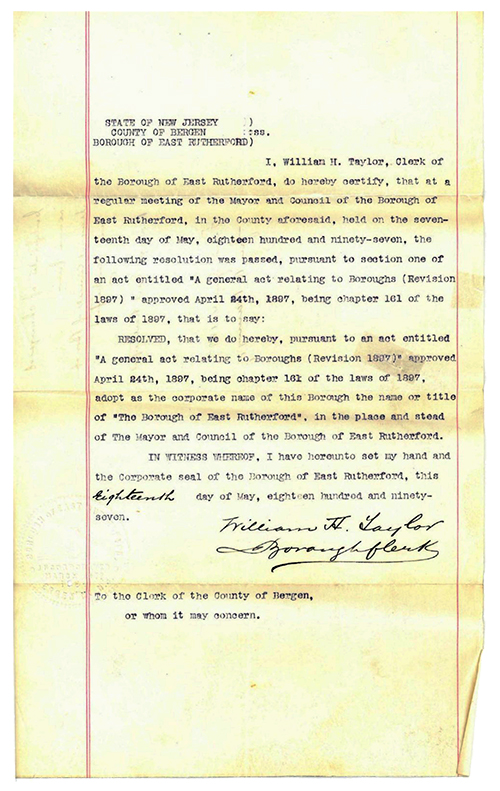 Results of a Special Election held March 27, 1894 for or against the Incorporation of The Borough of East Rutherford 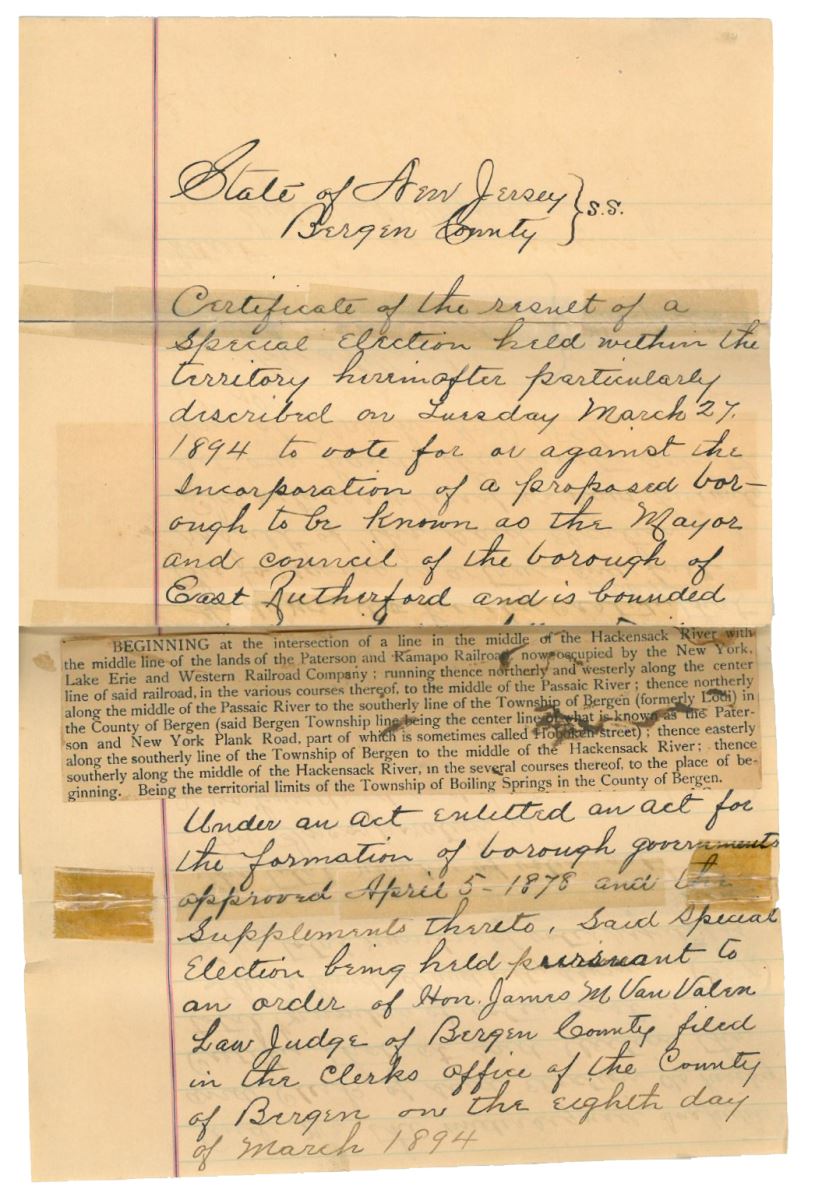 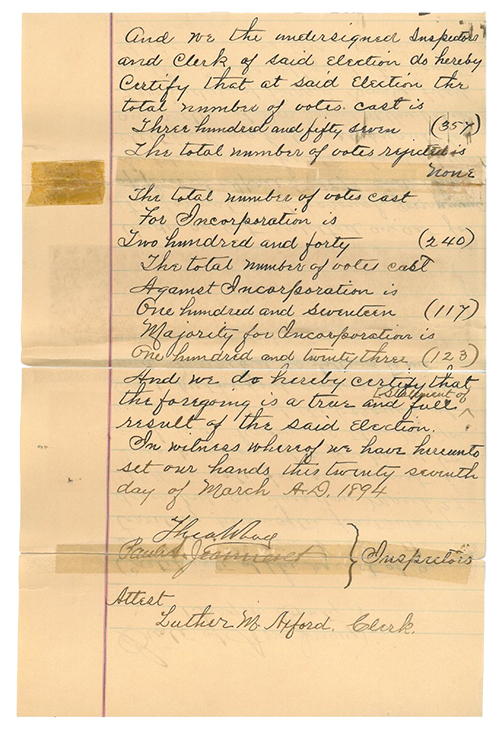 The Rutherford Fire Department (RFD) is an all-volunteer fire department. The RFD was organized in May 1871 and consists of one Chief, one deputy chief and three assistant chiefs. There are five fire companies in three fire houses. Each company has a Captain and a Lieutenant. The department is staffed by 75 fully trained firefighters. The RFD utilizes three Engines, a Ladder truck, a Heavy Rescue, a Special Service Unit and two boats.

Two of Rutherford's firefighters—Edwin L. Ward in 1965 and Thomas E. Dunn in 1994—have died in the line of duty. 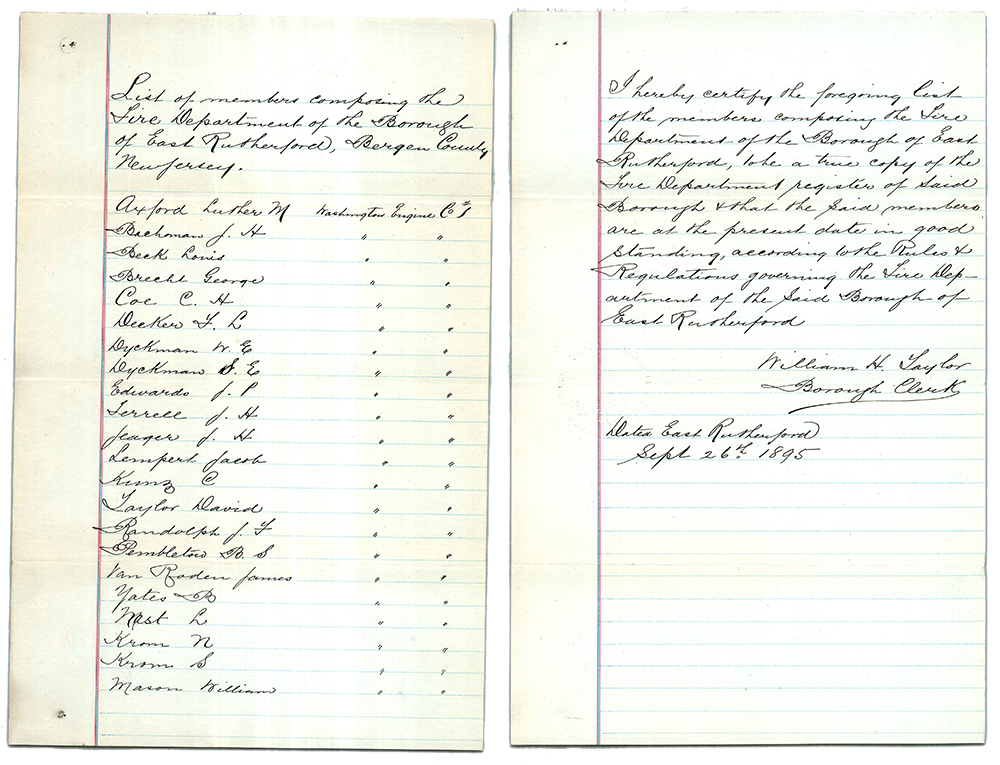 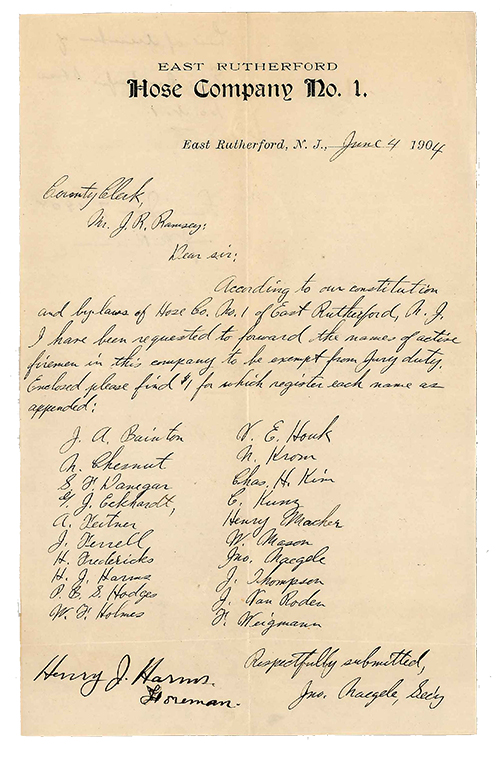 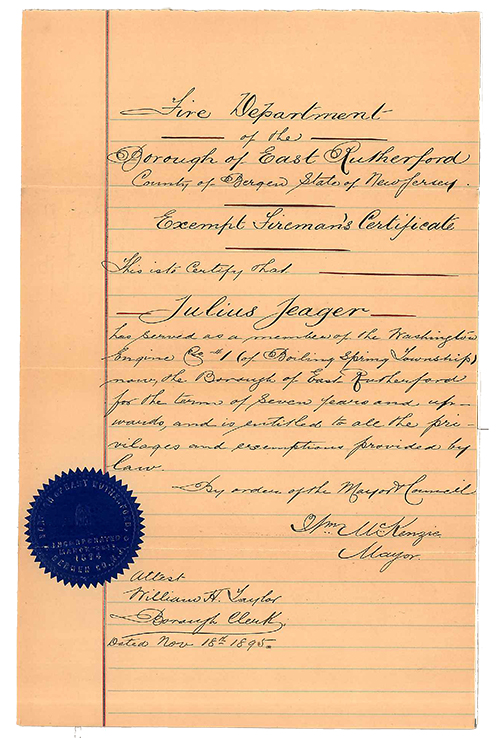 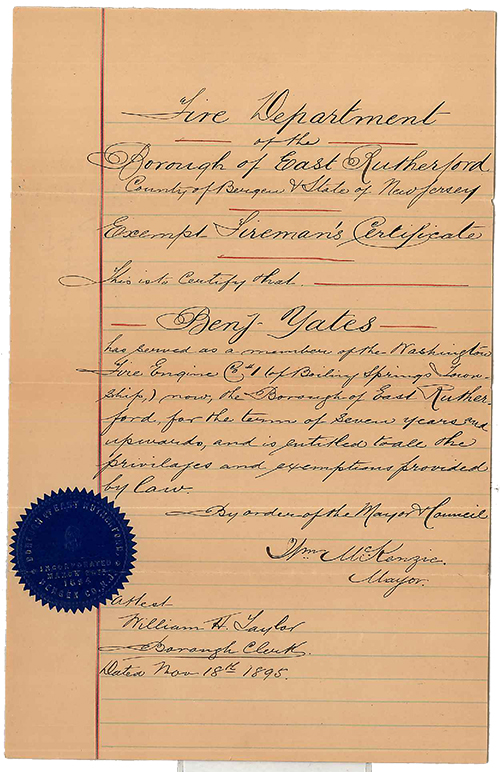