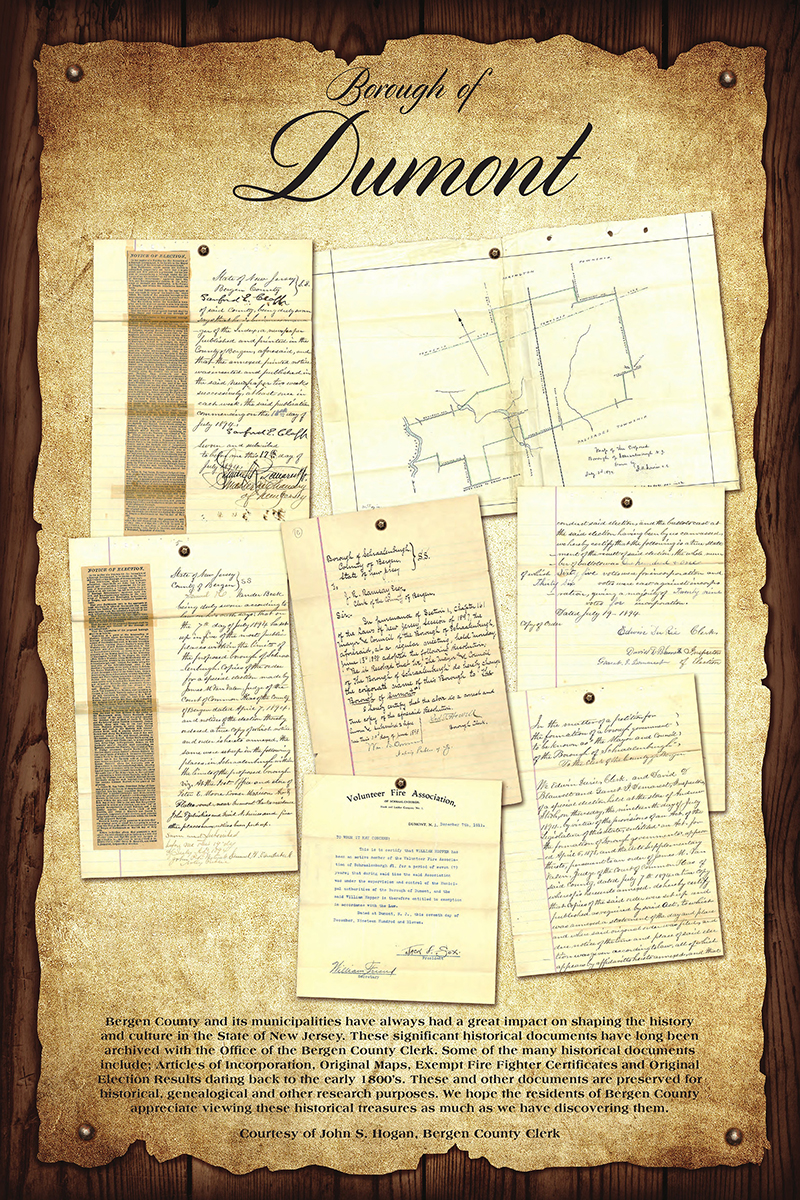 Incorporated as the Borough of Schraalenburgh in 1894, Dumont took its present name in 1898 from its first mayor, Dumont Clarke, who was president of the American Exchange Bank and had made his home in the borough since the 1870’s. Clarke and his six councilmen spent $200 for the expense of running the borough that first year. The mayor personally financed this amount until taxes could be collected, and his loan to the borough was repaid. The first two ordinances enacted within Dumont prohibited driving on sidewalks within the town, and banned horses, sheep, swine, goats and cattle from being pastured on any street, sidewalk or public square. 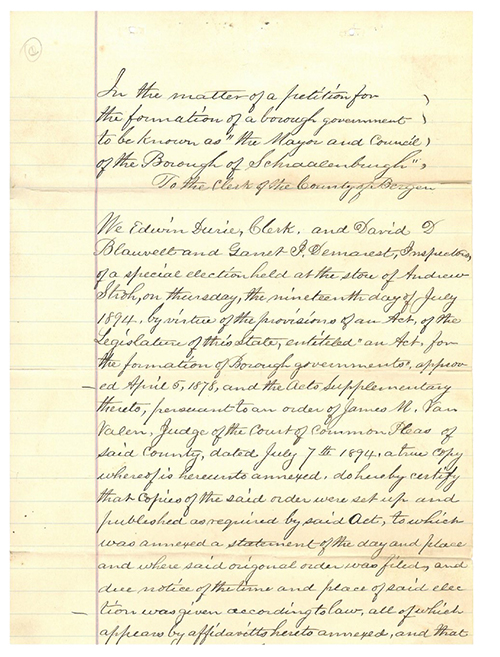 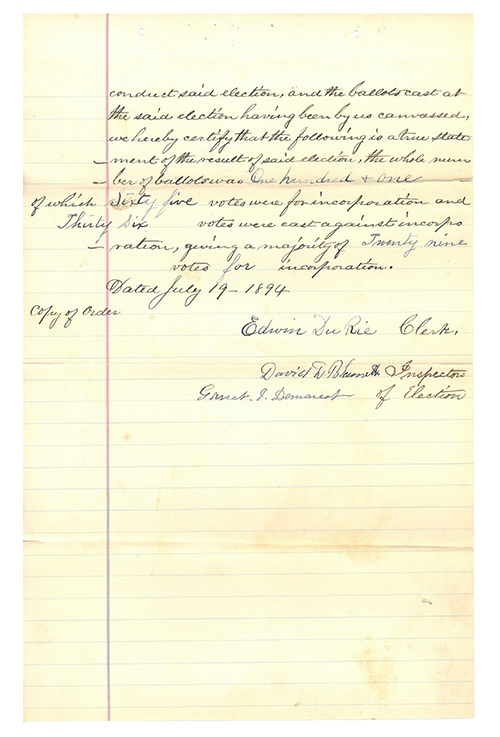 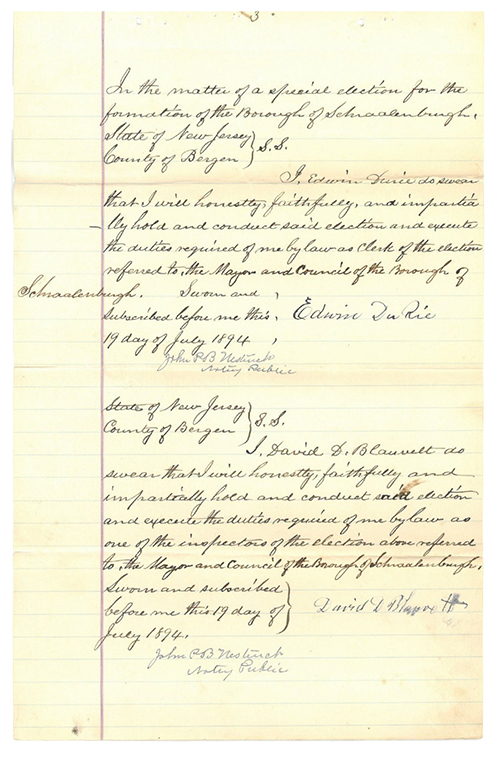 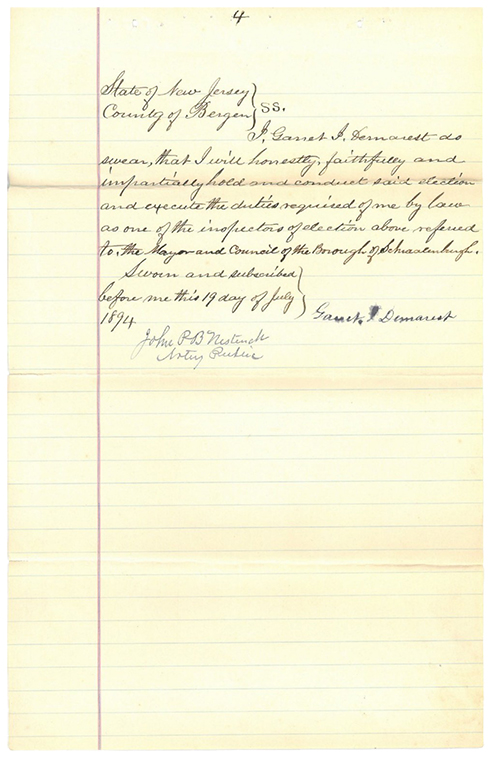 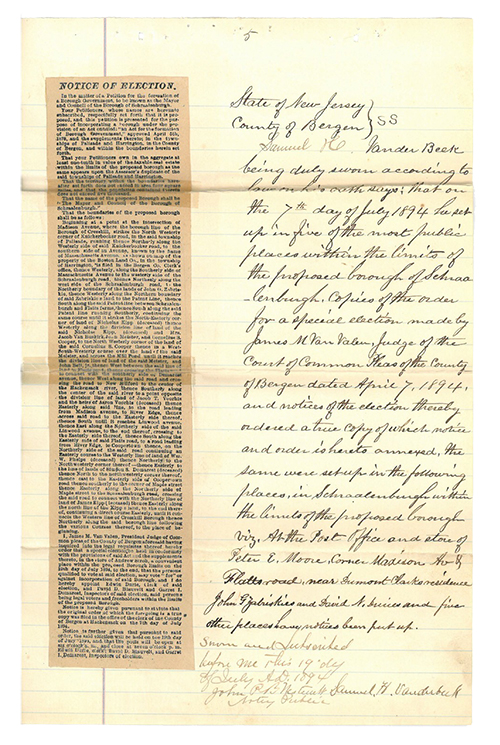 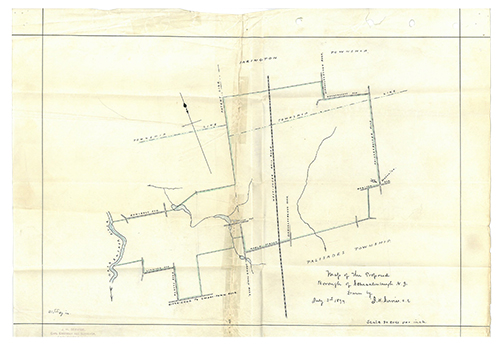 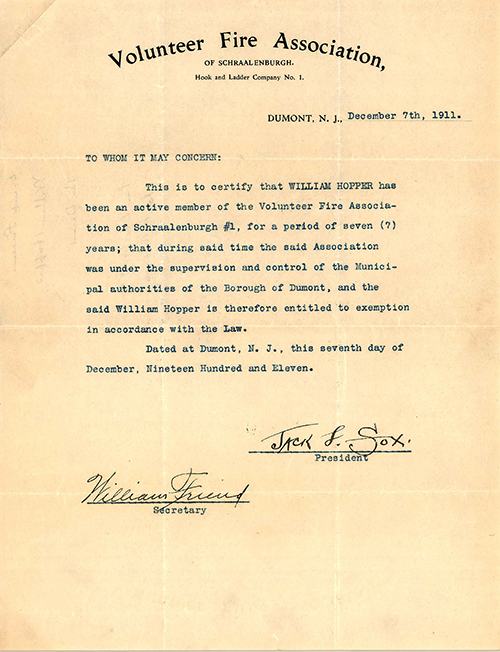 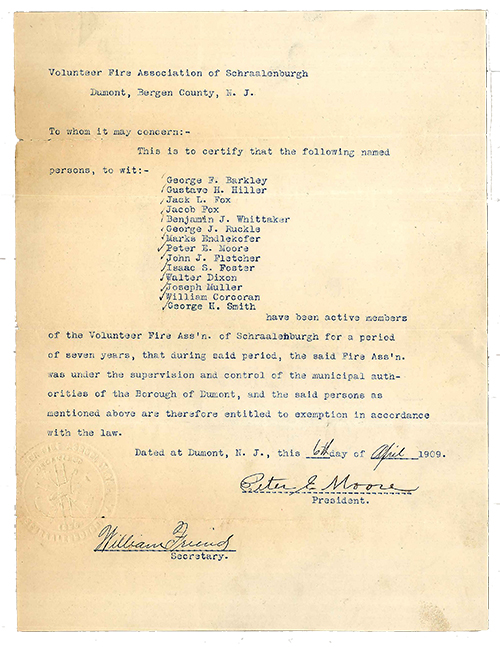 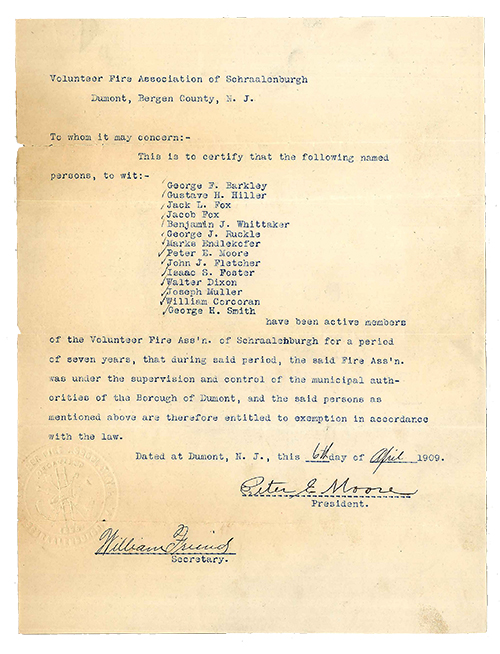 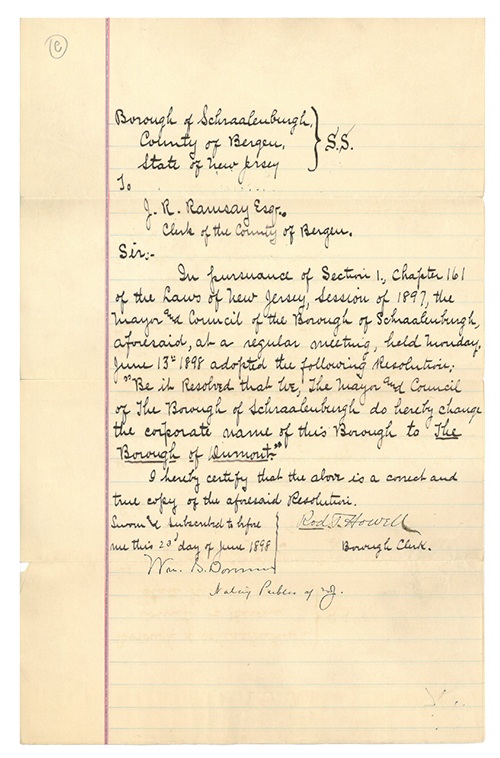