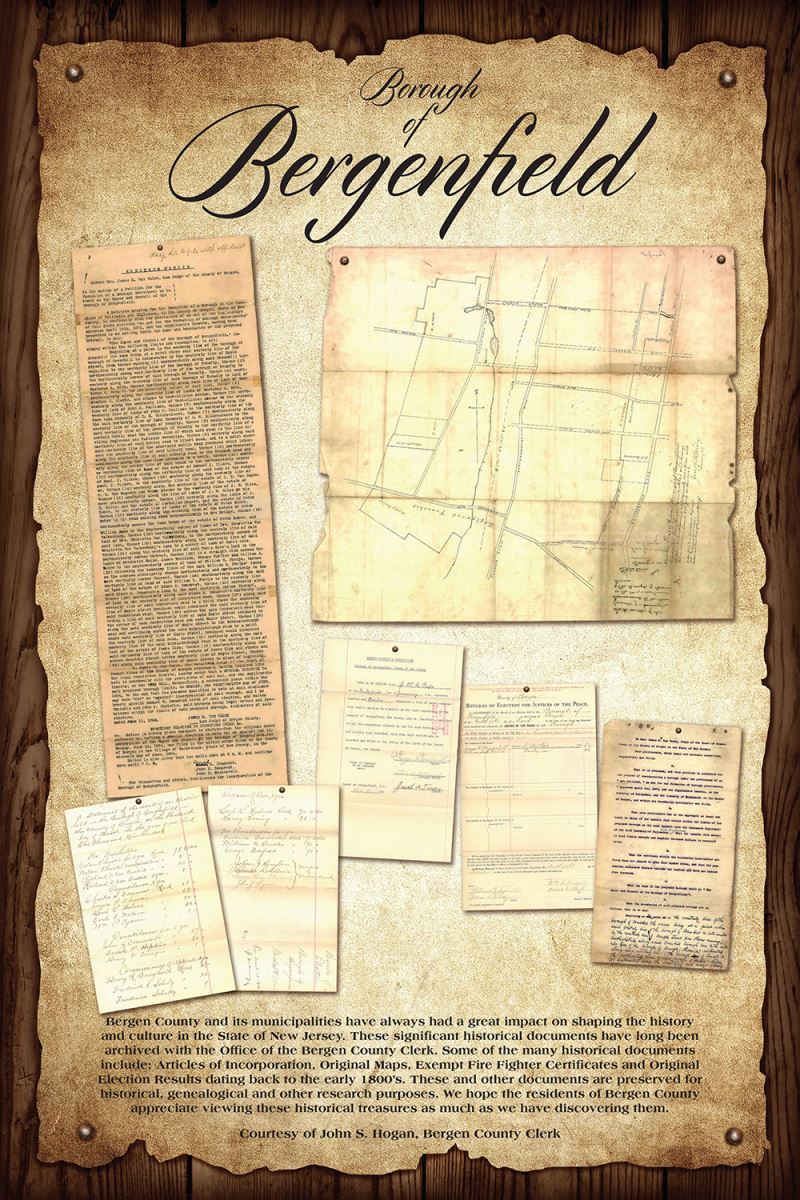 Bergenfield was formed on the basis of a referendum held on June 25, 1894, from portions of Englewood Township and Palisades Township. The borough was formed during the "Boroughitis" phenomenon then sweeping through Bergen County, in which 26 boroughs were formed in the county in 1894 alone. The borough was named for its location in Bergen County. 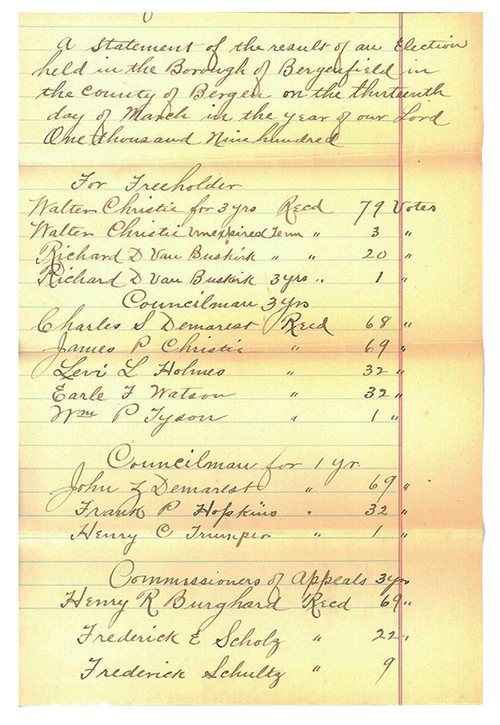 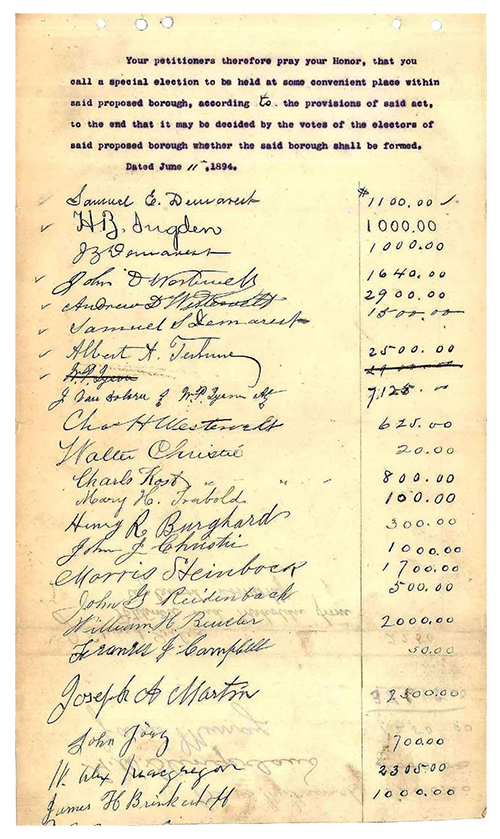 Election Notice dated June 11, 1894. "A petition praying for the formation of "The Mayor and Council of the Borough of Bergenfield".

When the Borough of Bergenfield was founded in 1894, it had no organized fire department.  But it became evident that such a service was needed after the town railroad station burned down in 1904.  As a result, the first volunteer company, Alert Fire Co. No. 1, was organized.  In 1917 it would be joined by two other volunteer companies, Bergenfield Fire Company #2, on the east side of town, and Prospect Fire Company #1, in the Prospect Manor section of the west side of the borough. 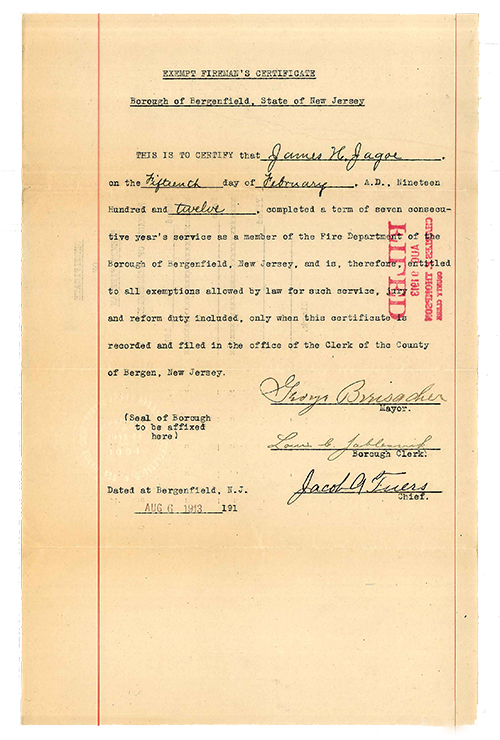 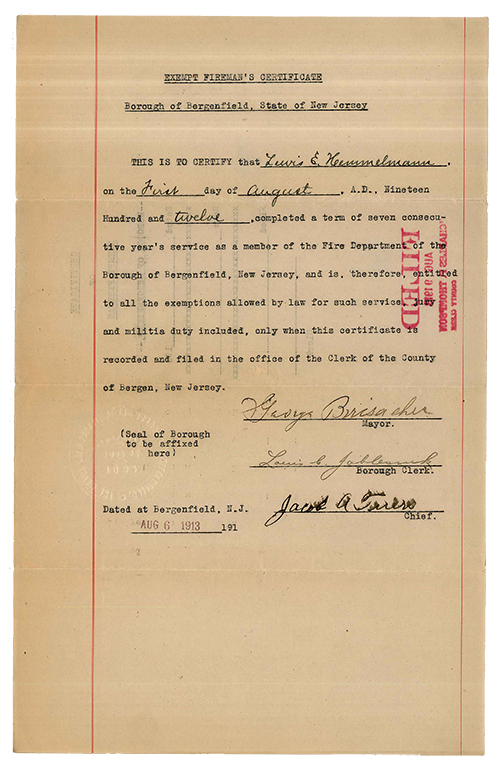 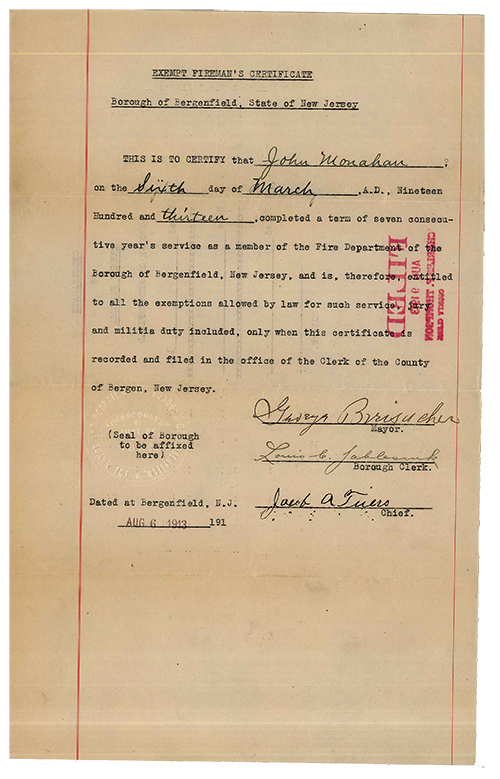 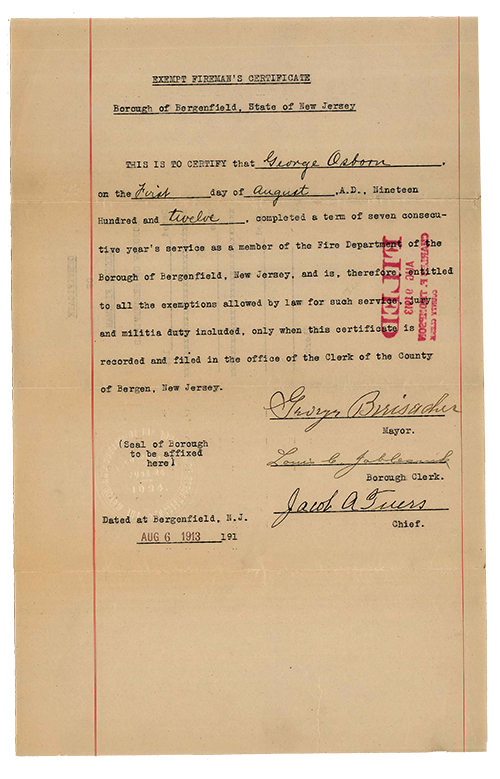 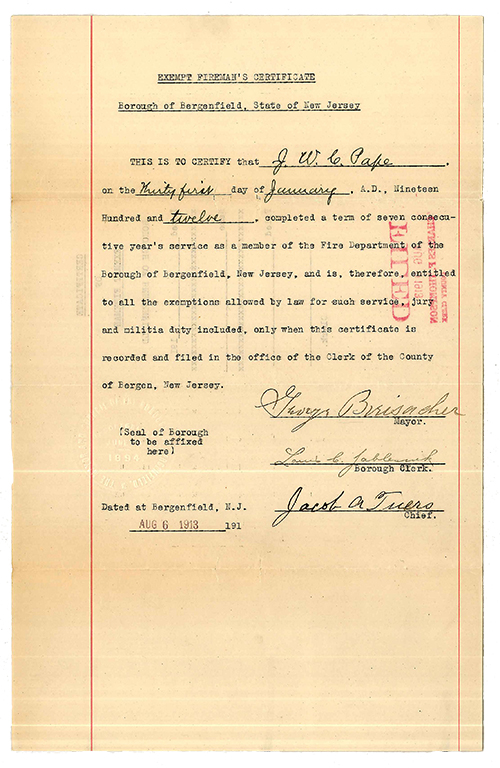 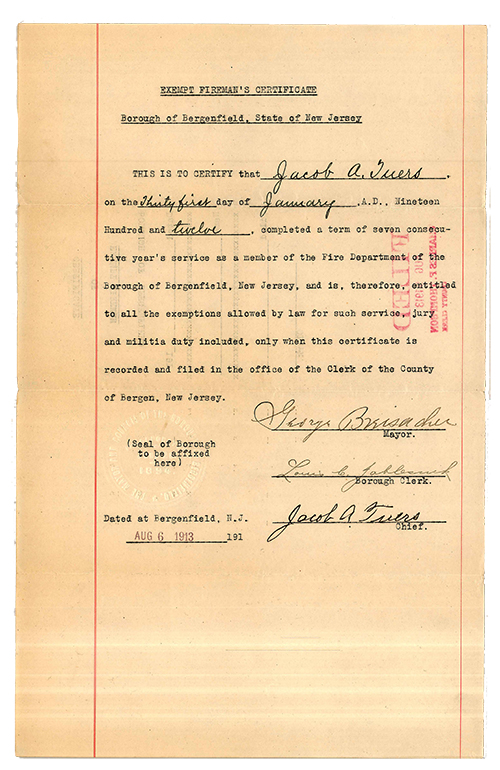 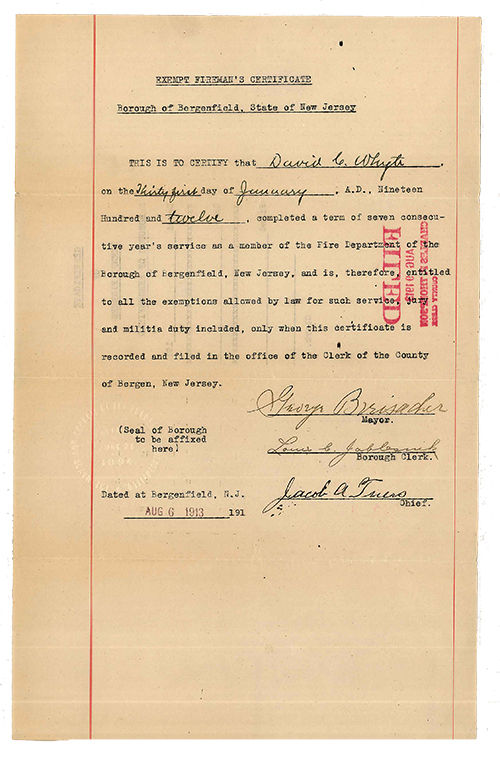 A statement of results of an Election held in the Borough of Bergenfield on March 13, 1900.  Includes; Freeholder, Councilman, Commission of Appeals, Overseer of Poor, Poundkeepers, etc. 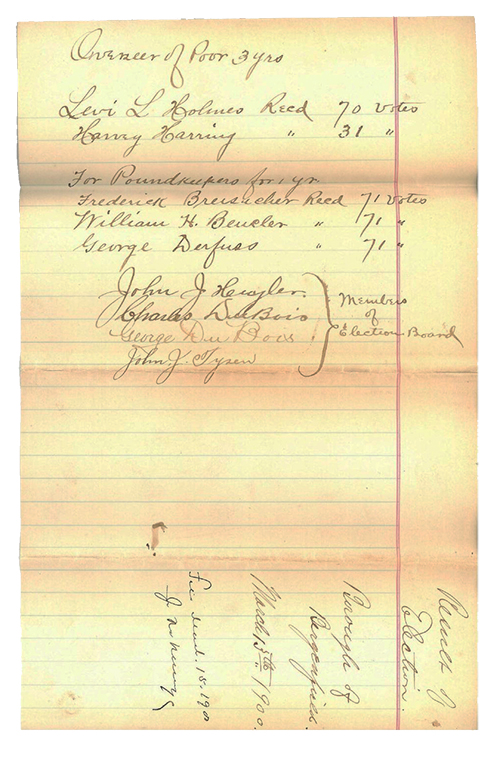 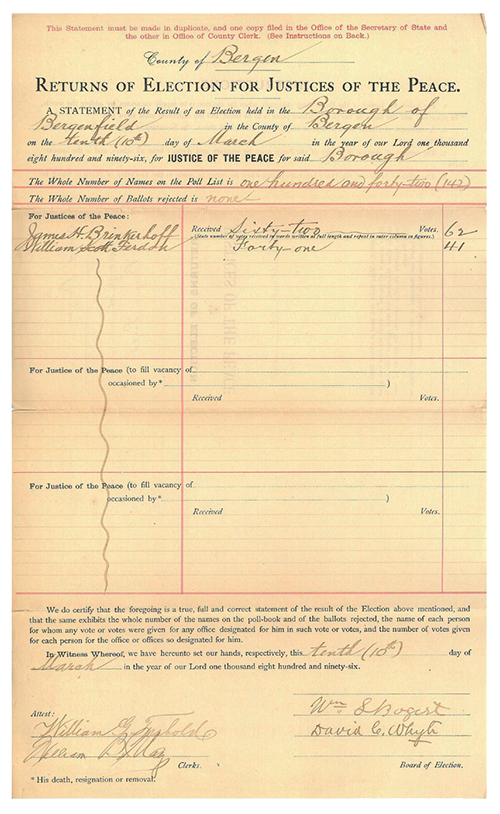